Bill Sienkiewicz is gone, but Marvel tries to hide it by keeping him on the covers. And the promotional art (above). Doug Moench’s script, about a street gang called The Savage Studs, is fine. Kevin Nowlan’s art is good. But this was the beginning of the end.  They’d had a few fill-ins now and then, but until now, Moon Knight had been basically a Doug-and-Bill joint, and that was what we all expected from the book.  Nowlan’s art was a huge tonal change. 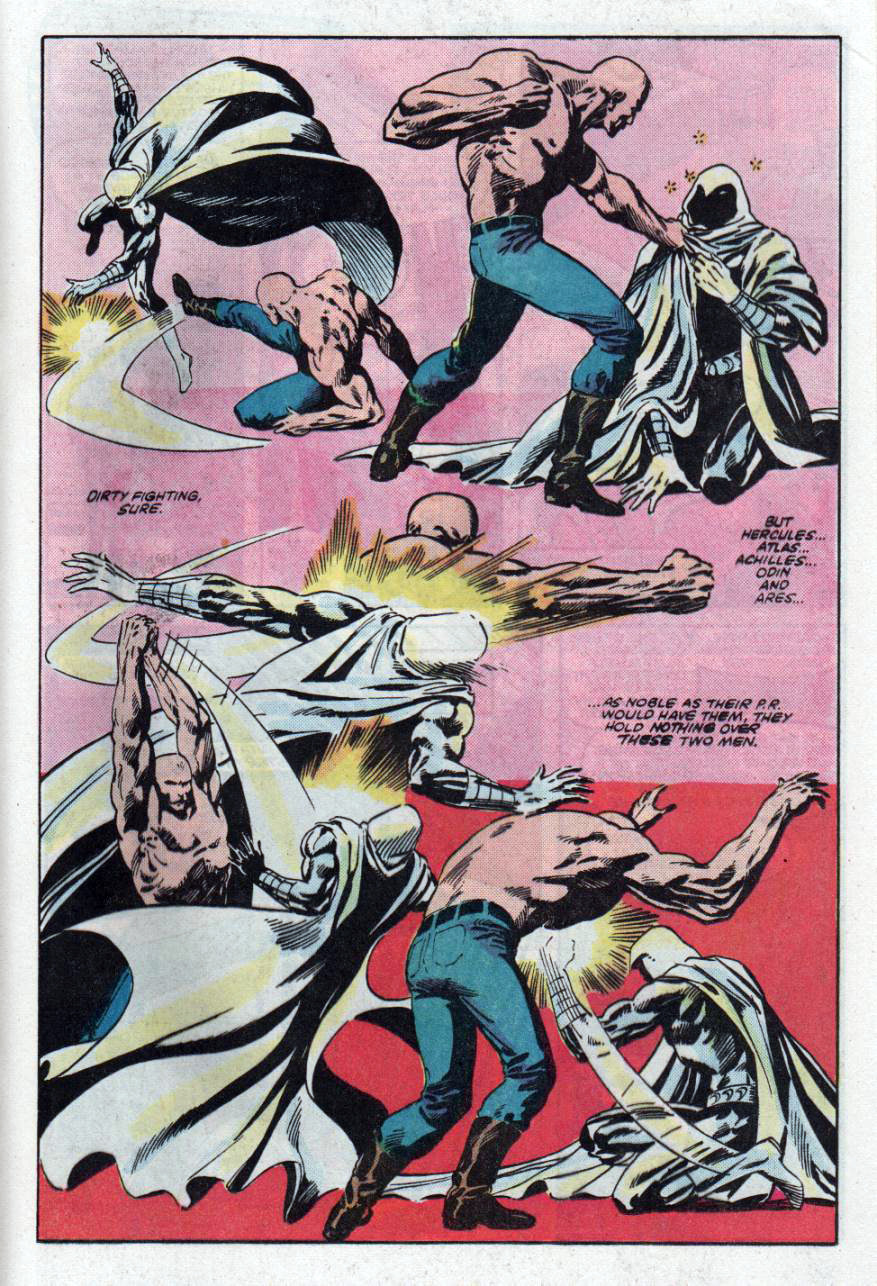 The creators did a brief stint on Fantastic Four, but it never worked.  Bill then signed on for The New Mutants, where his unique style continued to develop and he became at times even more abstract and avant-garde.  The Moon Knight comic couldn’t recover from the loss.  Again, it’s not that Kevin Nowlan isn’t a good artist, it’s just that he’s not Bill.

Moon Knight wouldn’t be great again for many, many years.