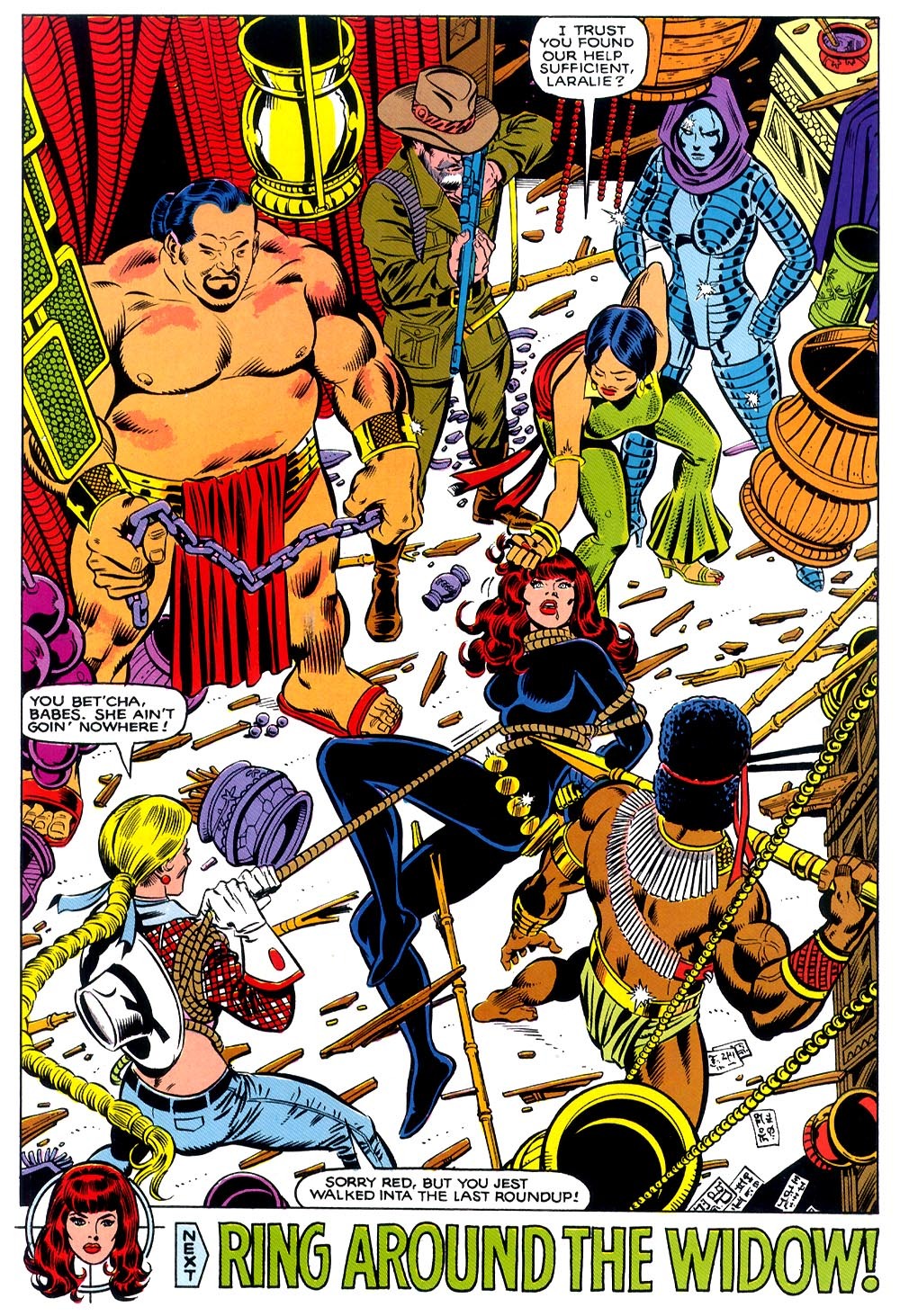 The really cool part of the story is a four page recap of Widow’s entire life story.  Here’s a taste of it: Nick Fury recruits Natasha to go after some international criminals.  The story ends up tying to Widow’s days when she co-headlined with Daredevil in his book, but old hornhead doesn’t make any appearances. 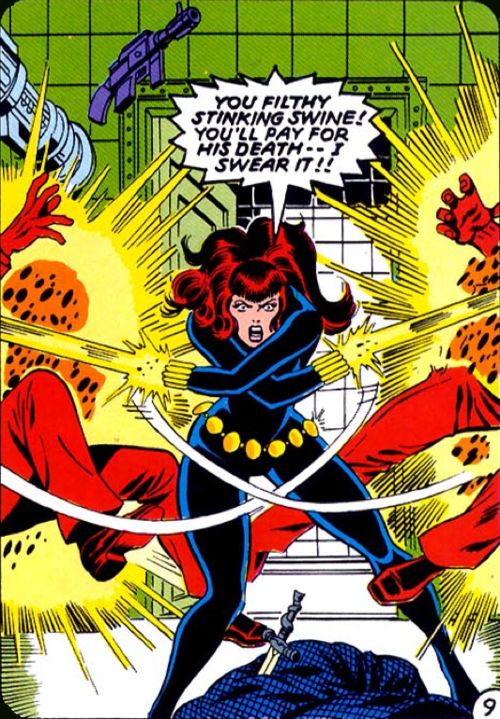 Up-and-coming artist Brent Anderson has some really beautiful pin-ups in the back of issue #10.  They’re so beautiful, they get their own post.  Here. 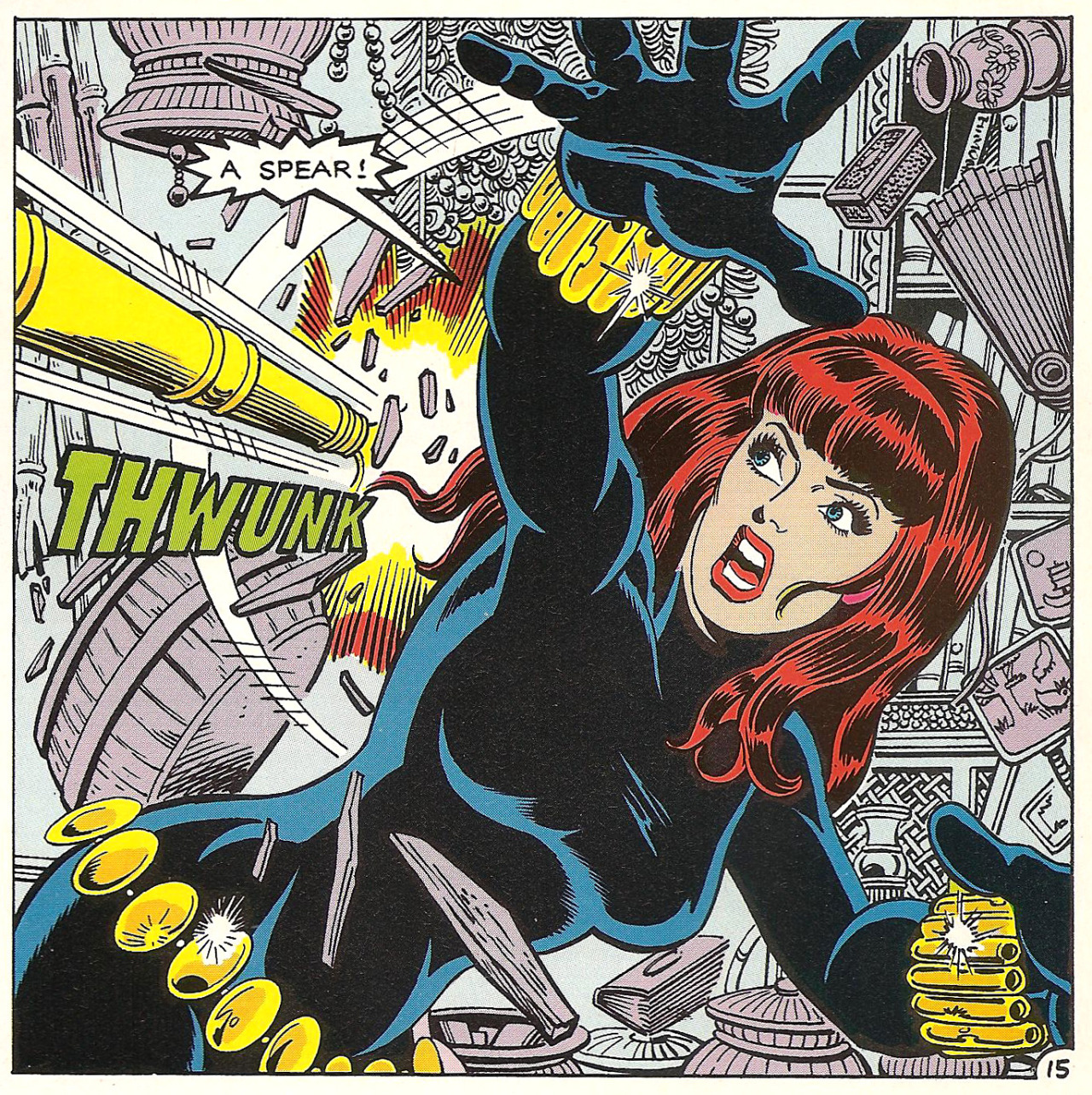 There’s also posters in the back of #11, but they’re by random artists, like Terry Austin, P. Craig Russell and Jim Shooter(!).  #12 is a portfolio of Rick Leonardi that is, of course, stunning.  Beautiful work, all around.

And Gil Kane’s Jungle Book adaptation wraps up in #11, with a Warriors Three back-up taking its place in #13.