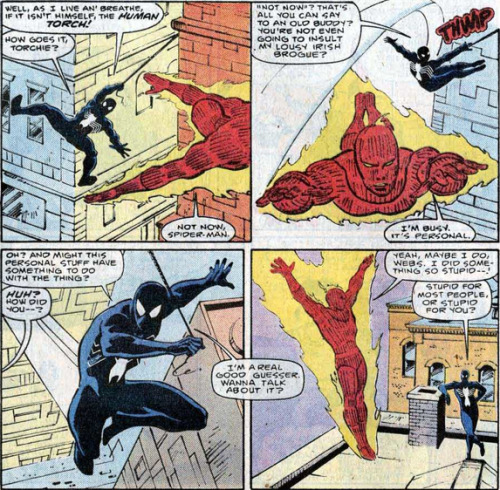 In #299, Roger Stern (who also had great runs on Avengers and Spider-Man—yes, he was almost the Brian Bendis of his day) shows that Johnny Storm hasn’t learned a damn thing from the eavesdropping that occurred in #297, at the top of this post, in this very cute page (art by John Buscema): 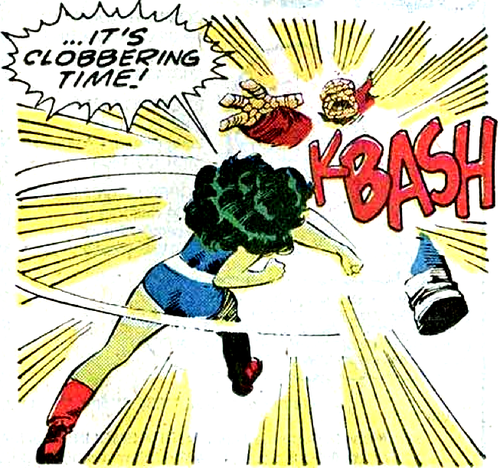 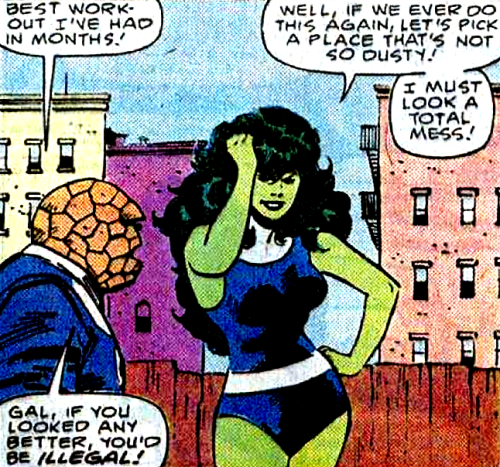 Human Torch pouts because he feels guilty taking Ben’s girl (and he should) until he talks with Spider-Man.  And, of course, it ends with Thing being the bigger man and agreeing to be best man.

Also, the Baxter Building—having been destroyed and rebuilt—is rechristened “Four Freedoms Plaza.”  Not sure I understand the name.