Right about now, the DeMatteis/Zeck run begins to pick up steam.  This issue, written a few years into Reagan’s first term as U.S. President, focuses on another right-wing underground extremist group, this time called, “The Coalition for an Upstanding America.”  They’ve been using Cap as their posterboy, without his permission, and he wants it to stop.

Meanwhile, Scarecrow is killing off their members.  And it’s kind of gruesome. Scarecrow doesn’t like them because their corrupt and he feels personally connected to them. Yes, they remind him of his father.  This makes Scarecrow a kind of much sicker, much crazier version of Foolkiller.  I don’t recall his motivations being so murky, but I do like improving on the complexity of villains.  They should just be “bad guys taking money.”  They need real motivation, and DeMatteis gives it to us here. 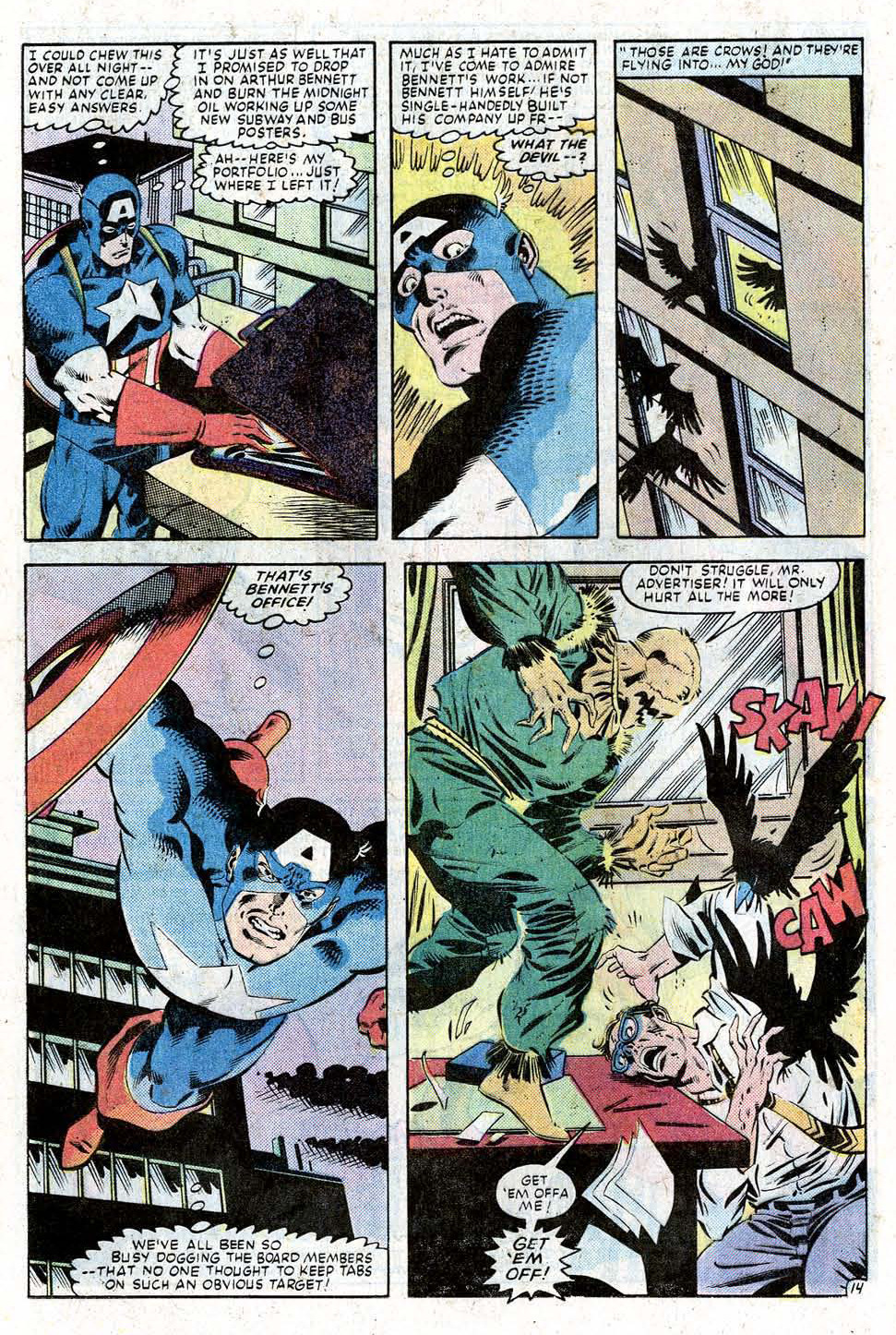 In the end, Cap wins, of course.