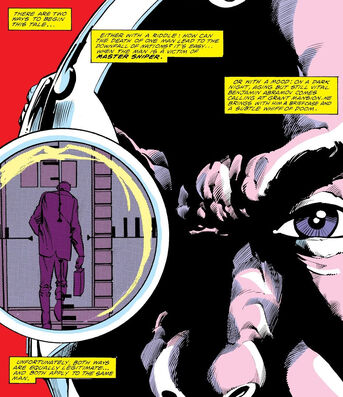 Seventeen issues in, you’d think that Doug Moench would have figured out what Moon Knight’s about, yet here the book takes a sharp turn. The gritty street-level book becomes an international mercenary story that almost reads like James Bond.

Marc Spector is hired by the Israeli military to go after “Master Sniper” who uses a wrist gun, much like Deadshot, and his wealthy Steven Grant identity plays a major role in the hunt, much like Bruce Wayne.

It’s a bit of a misstep.

And speaking of missteps, Moon Knight gets kicked up both sides of his head.

Still, Bill’s art continues to save this comic when it falls below the bar. 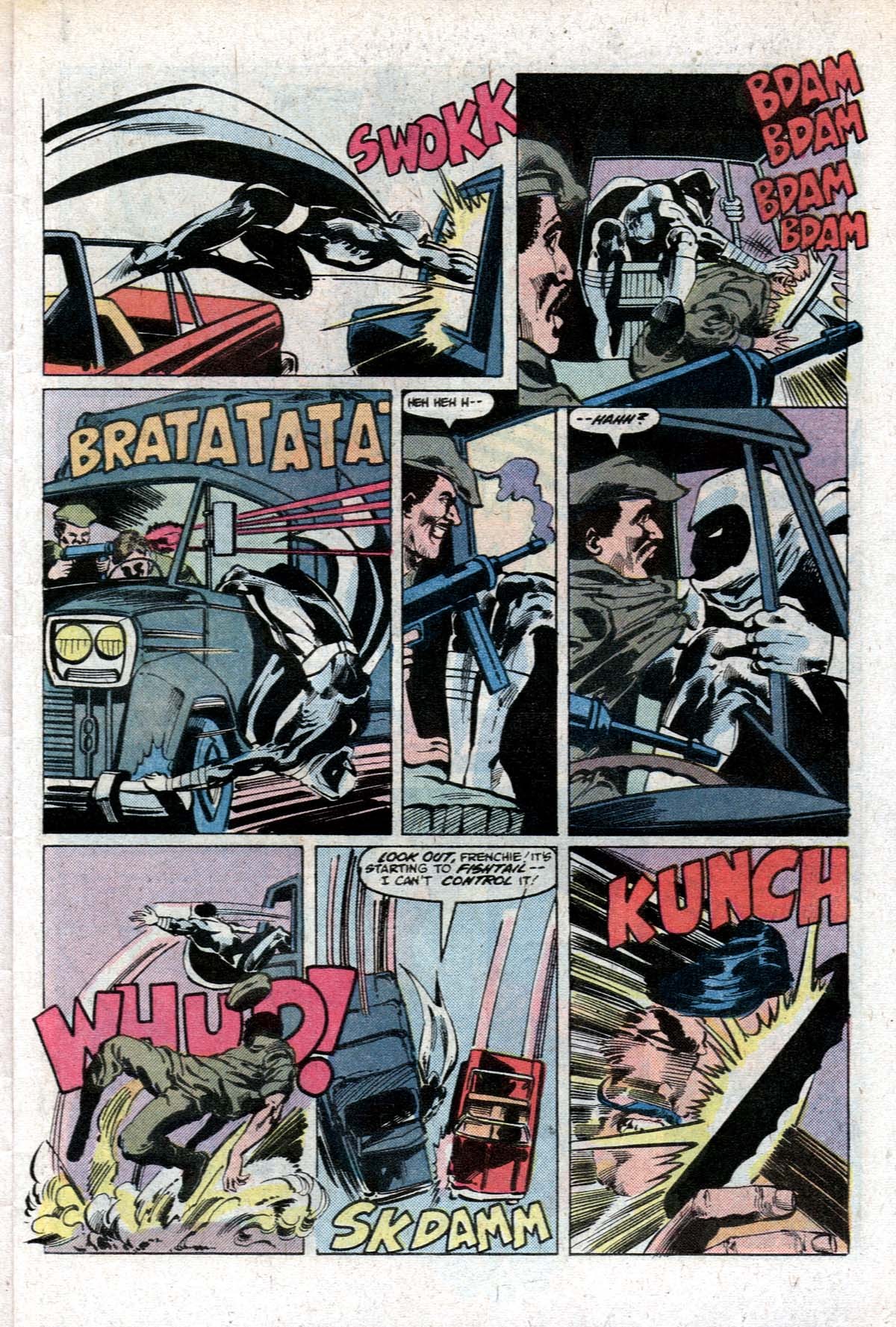