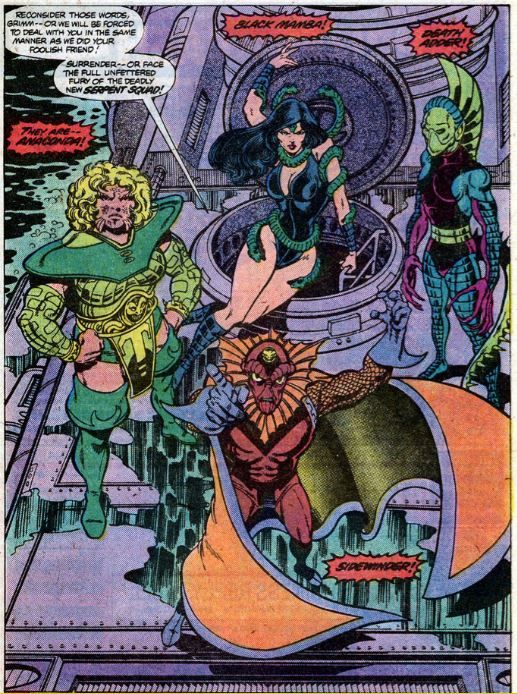 This story picks up several long-loose ends.  The Serpent Squad figure out that The Avengers dumped a Serpent Crown in the ocean way back in Avengers #154, and the amphibian-people who were residing on the old abandoned Hydro Base at the end of Sub-Mariner’s last solo book get studied by Reed Richards, who figures out that their transformation into fish-people is very similar to the Inhumans’ transformation-via- Terrigan Mist.

This leads Thing and Stingray to head out to California, where they will hook up with Triton of the Inhumans, but once they get there, they come across the new Serpent Squad who are looking for the afore-mentioned Crown—and they were hired by Roxxon Oil.  Roxxon is becoming an increasing presence in the Marvel Universe, especially in 2-in-1, as an evil corporation.

After the Serpent Squad folks get away, Agatha Harkness sends Scarlet Witch to help him recover the Crown because it’s a super-powerful evil artifact. 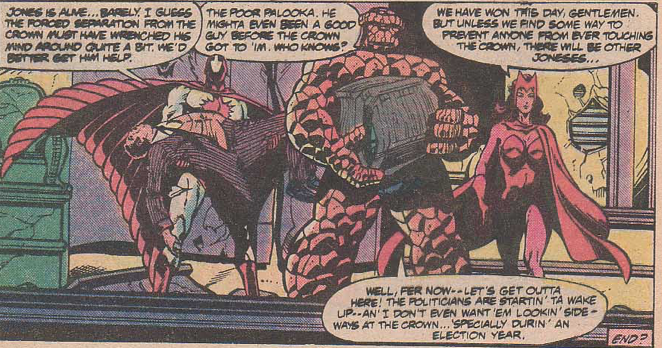 It all culminates with a big fight, and the good guys win.

Also in this issue: Thing dumps Alicia.  That’s a pretty major event for Thing, and I was surprised to see it happen in Two-in-One, which is supposed to be a “new reader friendly” book of one-offs.

Another ongoing storyline involves Thundra, who is still pursuing wrestling with midget promoter Herkimer Oglethorpe, only now Hyperion has joined as well.

During this arc Ben tells a “war story” about him and Reed Richards, in a rare reference to the fact that they served together. 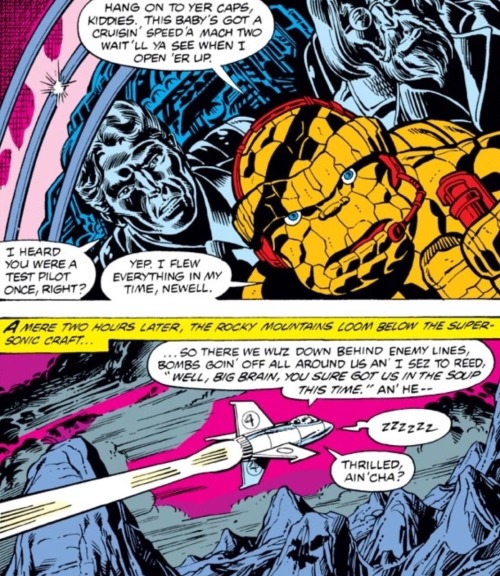