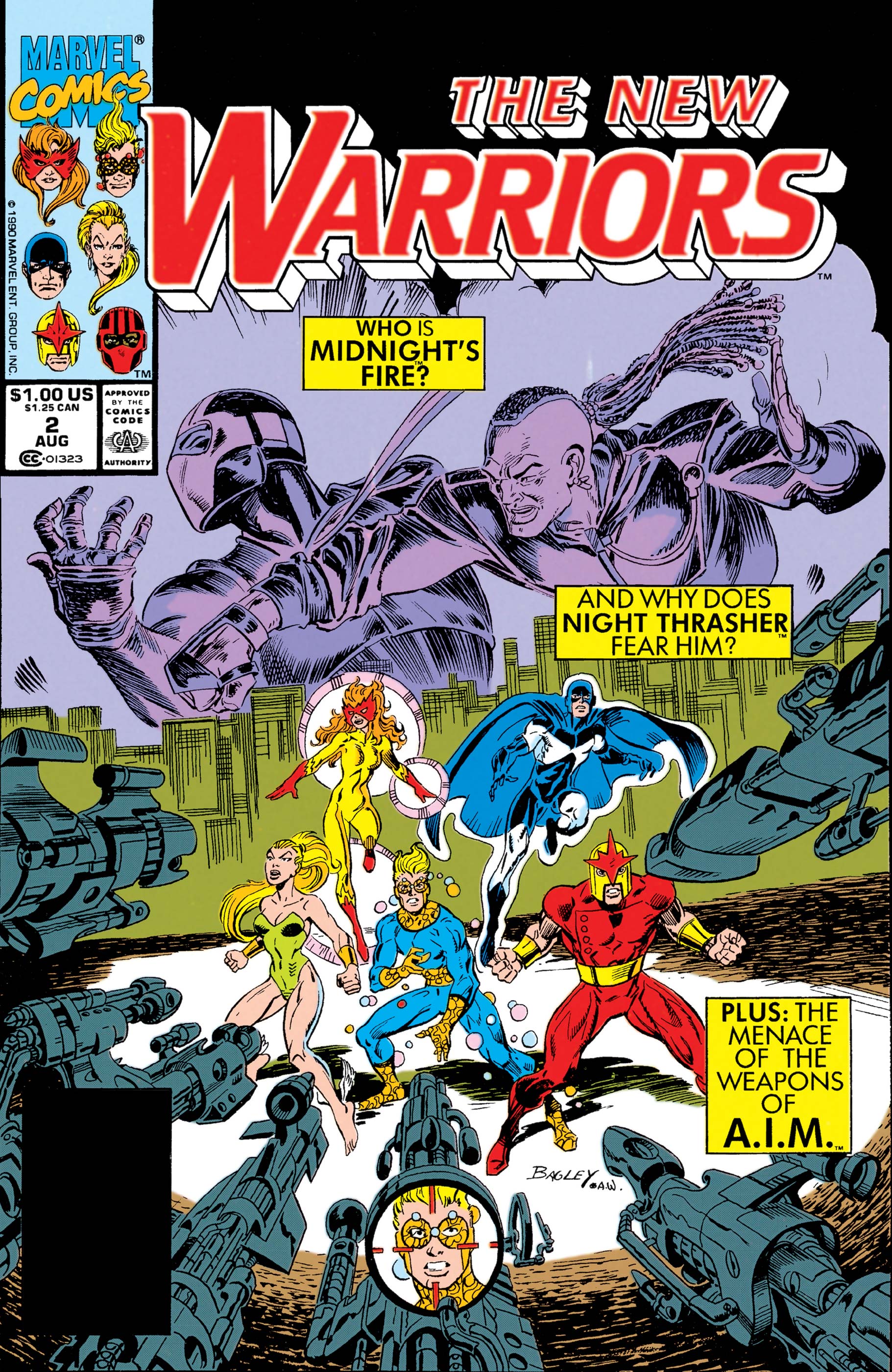 Two of The New Warriors had solo books in the past (Nova and Speedball), Namorita has a major “Robin” type role in Sub-Mariner’s solo comic, and Firestar was a TV star before joining this team, so it makes sense that issue #2 focuses on Night Thrasher—one of the two lesser-known members of the team (Marvel Boy is the other).  In this story, we Midnight’s Fire and Silhouette, two characters Thrasher worked with when he was a street vigilante.

Midnight’s Fire kicks Night Thrasher’s ass and has an appropriate view of his skateboard. Exactly.  You can’t be a menacing Batman/Punisher hybrid and ride a skateboard.  You just can’t.  It’s insulting to your enemies.

During the fight with a street gang working for Midnight’s Fire’s, author Fabian Nicieza shows us how well he can write a smart-mouthed hero who speaks in yellow word balloons.

Nicieza will become well-known for his Deadpool work later in his career.

These are the first appearances Silhouette and Midnight’s Fire. 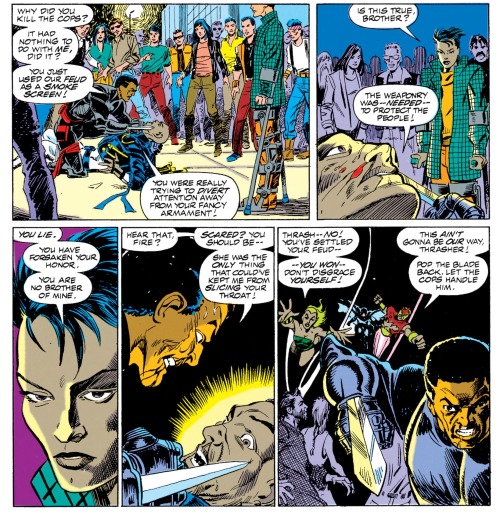 They will become regulars in the New Warriors book in the future.