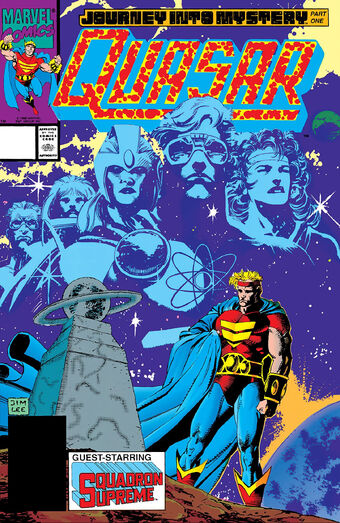 I know lots of people hate the Squadron Supreme, but I dig the idea of Marvel trying to write a better Justice League than DC.  So as soon as I saw the cover to #13, I was ready for a good story. It starts with Quasar visiting Mar-Vell’s gravesite.  Captain Marvel was the first guy to wield the Nega-Bands.  We see him at the gravesite feeling kind of aimless, and it makes sense.  Year one of the Quasar book was basically the X-Files.  Every issue, Quasar hunted down a potential alien threat on Earth, because Eon made that Quasar’s mission, but most of the time the aliens were either not a threat or not much of one.  And his “secret identity” lacks any purpose—he’s basically got no personal life other than Eon, who is a floating head in a closet.  (Although in these issues he hires Moondragon—but doesn’t know she’s Moondragon—to help develop the “company.”  I’m still not sure what the “company” does.)

The Squadron Supreme arrives and there’s a big fight, with Quasar handling them all single-handedly until Arcanna figures out that they’re in the wrong universe–the Prime one. 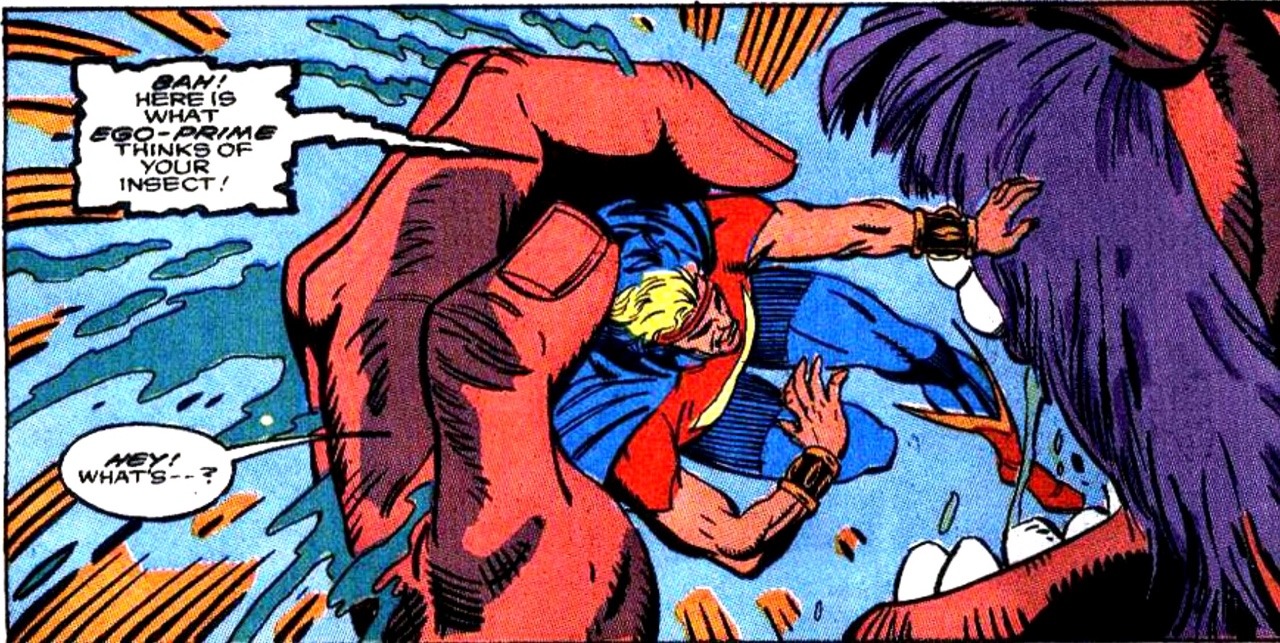 Quasar agrees to help them get back to their own world.

Meanwhile, Overmind, who is apparently a bum in New York City, senses their presence. Overmind mind-controls some members of the Squadron, so Hyperion (Superman) and Quasar, along with Makkari of The Eternals, fight them.  Overmind and his gang run away to Stranger’s homeworld, Quasar, Makkari, and Hyperion pursue, and on the planet they find all kinds of rare Marvel characters. Lots of fun.  I have to admit I couldn’t identify all those guys and the others that appear throughout the story, and many of them are so esoteric that I’ve never tagged them.  Like Jakar, who fought Captain America over 15 years ago and Mercurio the Fourth Dimensional Man from Captain Marvel’s old book.  Others I’ve seen enough times to know who they are and I’ve even tagged them in the past, like Krakoa the living island, Bi-Beast, and the race of superman-like aliens, the Dakamites, who spawned Wundarr/Aquarian.

We even get Rocket Raccoon and Jack of Hearts.

And eventually a couple Watchers get into the fun.

I confess—I don’t understand why they’re all there.  If it was Collector, I’d understand. 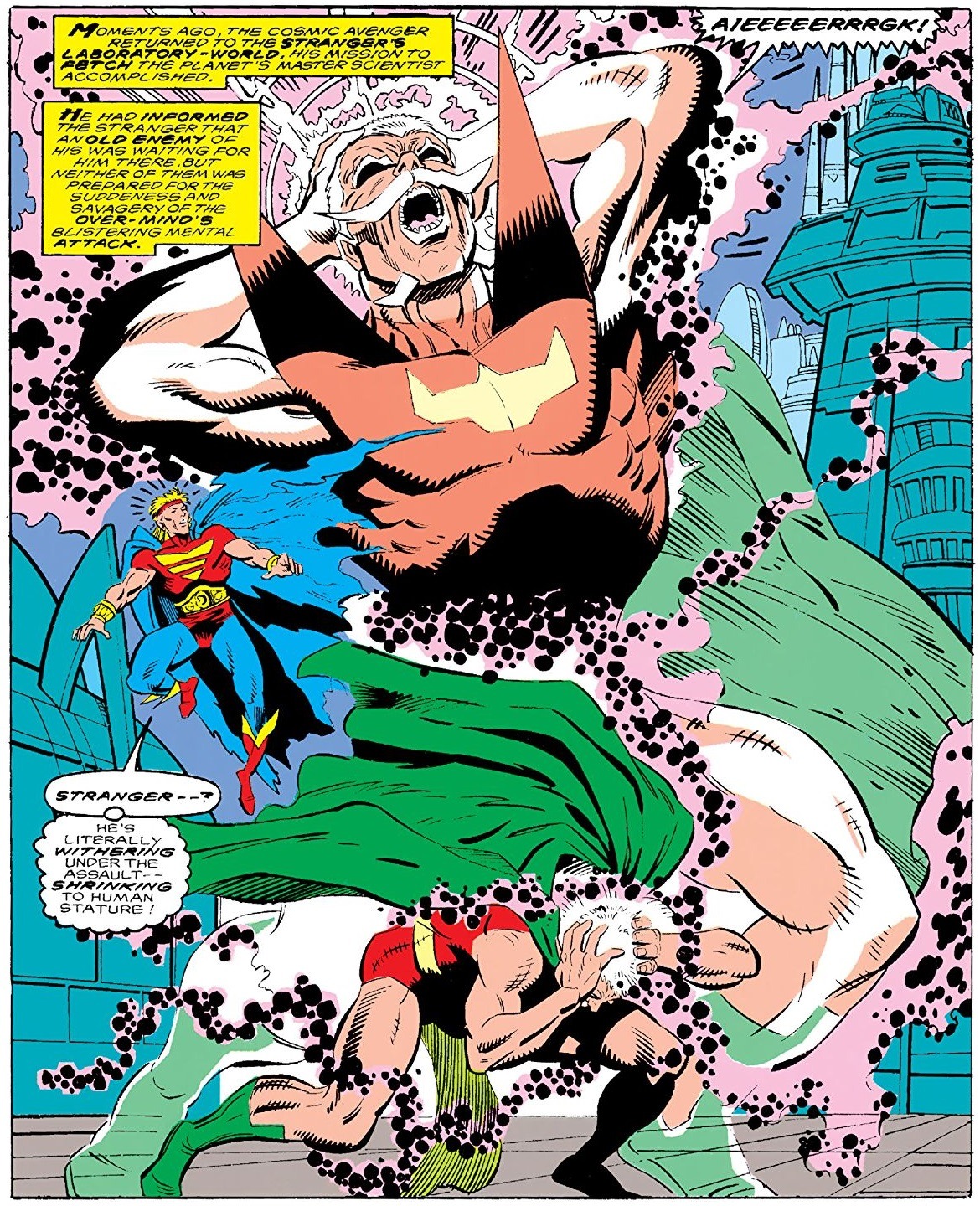 Anyway, eventually, Stranger, Quasar and his allies fight Overmind and free Stranger’s captives to join the free-for-all.  It’s a huge fight (issue #16 is double-sized), and it’s lots of fun.  This is exactly what Squadron Supreme is perfect for: Big gang-bangs.  Even the Watchers join the fight, once again breaking their vows of noninterference.

There’s a subplot where one of the Watchers has convinced several others to commit suicide.  I didn’t really follow the plot.