I had completely forgotten how, in the beginning, Thing was not only much more gruesome but he used to randomly change back and forth from rocky to fleshy.  I don’t think they ever explained how this kept happening….But I guess I’ll find out!

And speaking of shape-shifting, this is the issue that introduced The Skrulls.  Kirby’s original design was almost funny–much bigger ears and much scrawnier build.

In this issue, we learn that The Skrulls have basically been doing an “Invasion of the Body Snatchers” here on Earth, taking the place of Earth’s superheroes in order to conquer the planet.  There’s no way Stan and Jack could have known it, but this would lead to the Marvel event “Secret Invasion,” half a century later.  Hence, it’s “10” significance rating.

Also, this is an early example of “heroes should be feared,” the kind of stories Lee and Kirby would build around the X-Men book in about a year from now.

Check out the headline: The paranoid perspective was timely not just in light of the Civil Rights movement, but also the communist witch hunts of the previous decade.  This kind of “current events” perspective was what separated Marvel from DC in these early years.  In this case, the skrulls themselves were behind the paranoia… 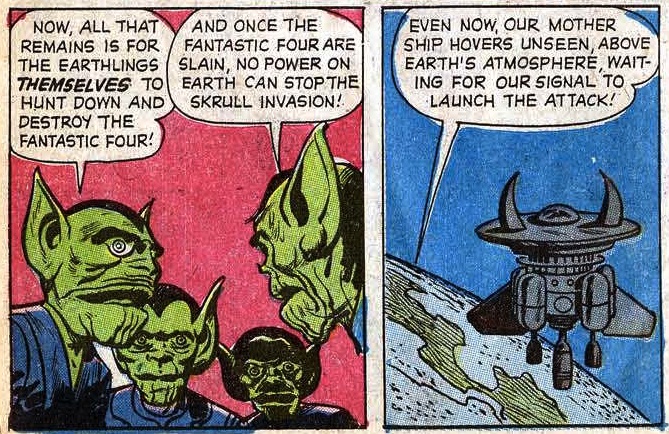 But, of course they fail.  In part, because Reed uses print media against them, just as they used it against him.

You have to love his use of Marvel’s creature comics to scare away the aliens.

In the end of the story, the skrulls stay on Earth as cows. I also want to take the time to show how amazingly cool this comic could be.  Check out this sequence: 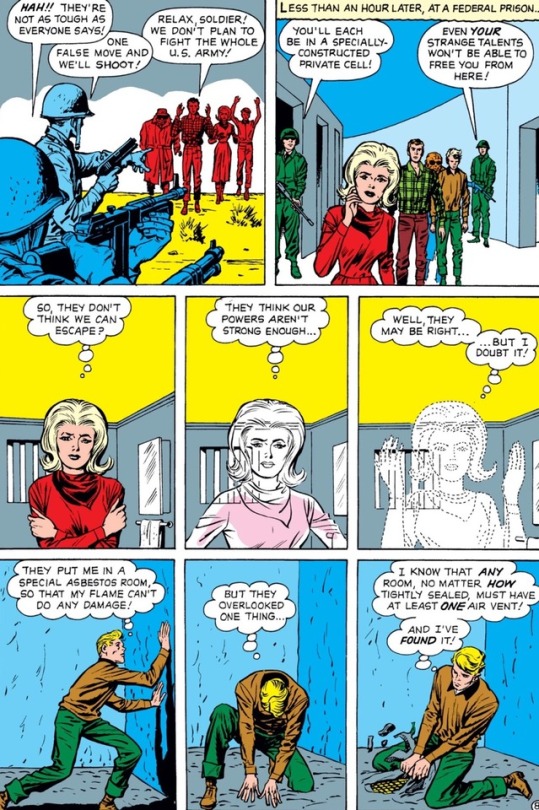 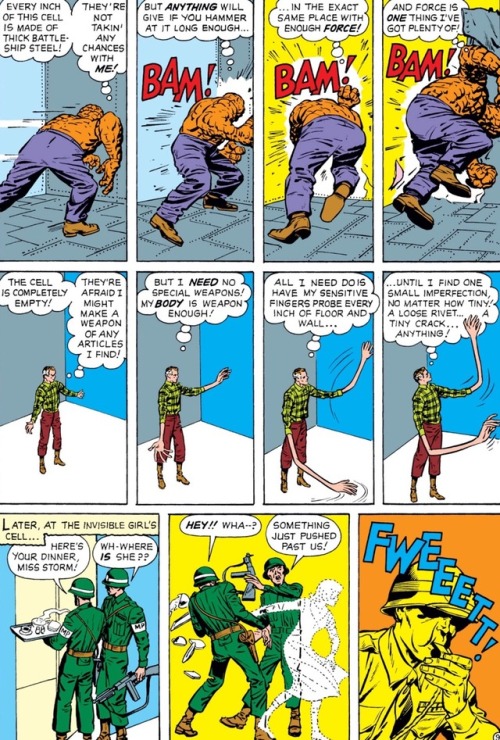 Truly, there are no better comics in history than the first 100 issues of FF.