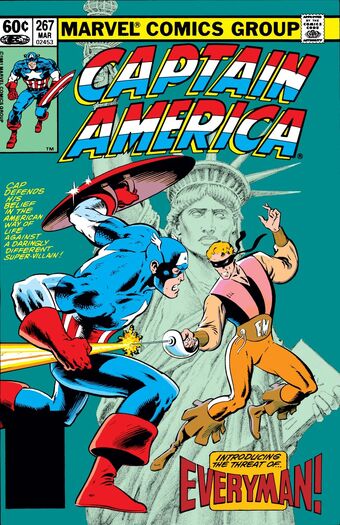 This is another very simple, done-in-one home run by the creative team of DeMatteis and Zeck.  It encapsules so much of what it meant to be Captain America during the Reagan Years. He rides a motorcycle to go speak at a high school, where he’s met with kids who idolize him and more cynical ones who rail about the betrayal of the American dream.  Some do more than just “rail” at him–they toss stuff at him.  So he jumps up to the roof and gives them a lecture, winning their hearts and minds. 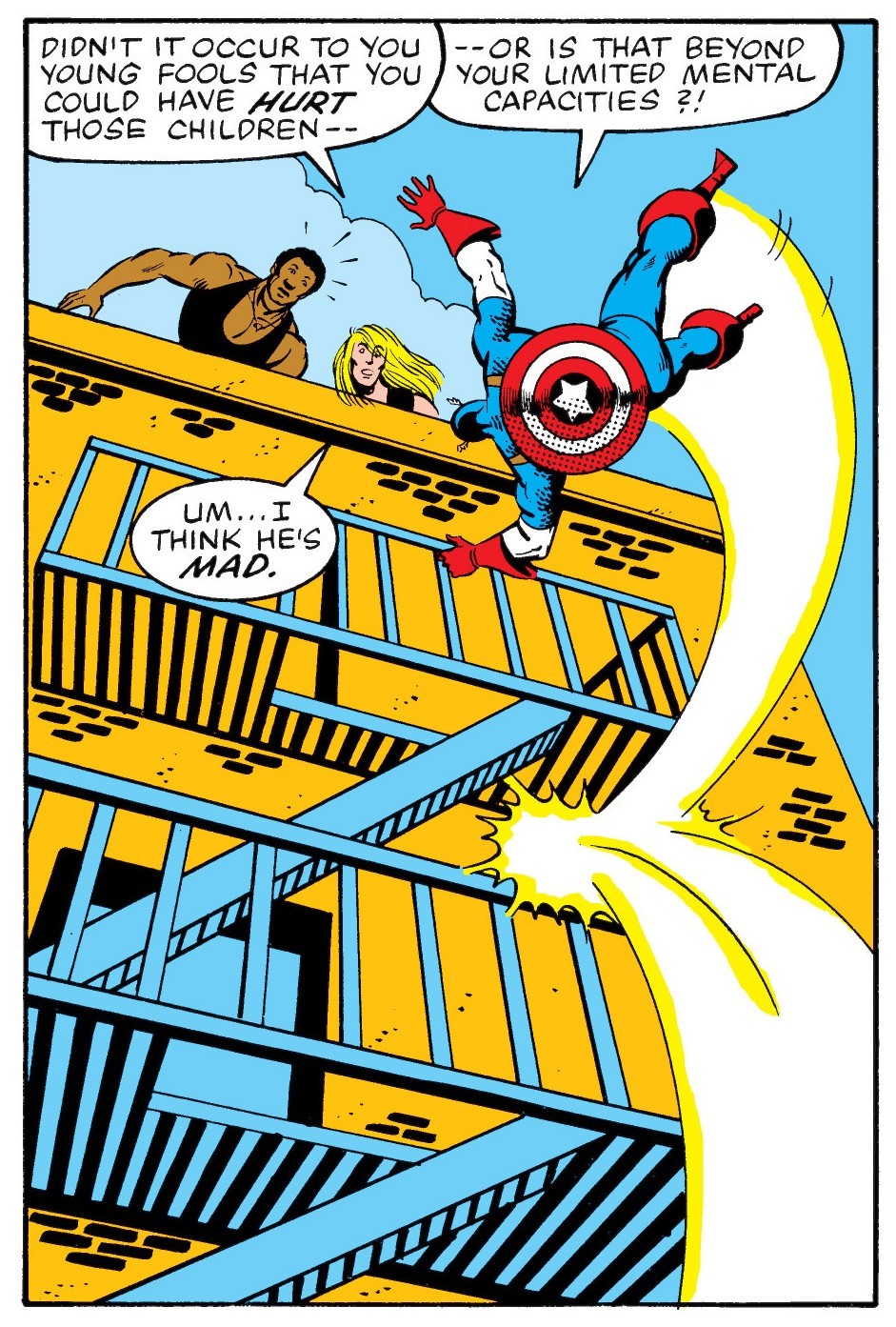 Then, for the main story, he takes on a subversive cult of Anti-Americans led by a guy who calls himself Everyman. 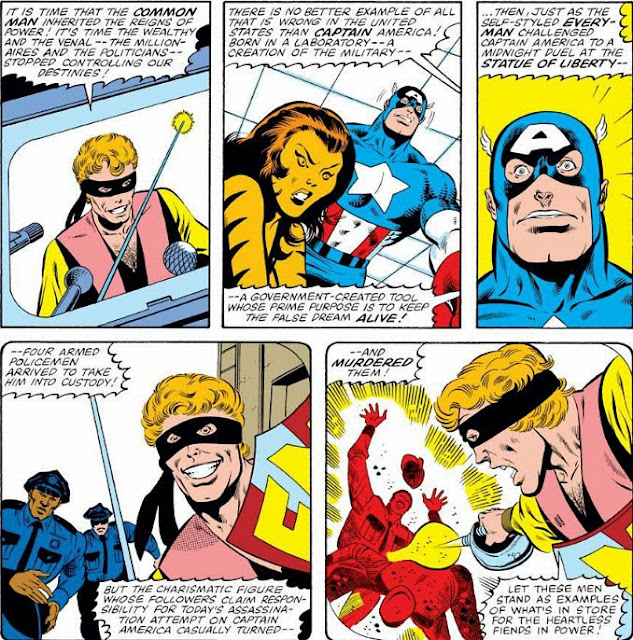 He dresses flamboyantly and uses a souped-up sword that shoots energy blasts, and yet he claims to represent the common person and is against the trappings of capitalism.

Oh, and he uses words like “philistines” and “fatuous.”  Because everyone knows commies are intellectuals.

I do love this issue, and choose to believe that the villain is complex, and with complexity comes the potential for inherent contradictions, rather than an oversimplified stereotype.  Because, yes, I really enjoyed this issue.

Captain America (solo books), Comic Book Creators Appearing in Comic Books, Every Man (Marvel), I've said it before and I'll say it again: Mike Zeck was the best Punisher artist, Iron Man appearing outside his own comics, Marvel 1982, Tigra is Greer Nelson and was The Cat (all appearances)
Tweet Pin It