This is such an appropriate splash page for the first issue of the reintroduction of a character who never quite took off in the ‘80s because Deathlok doesn’t need brains.  Much like Ghost Rider, Deathlok as a character succeeds primarily on his “look.” 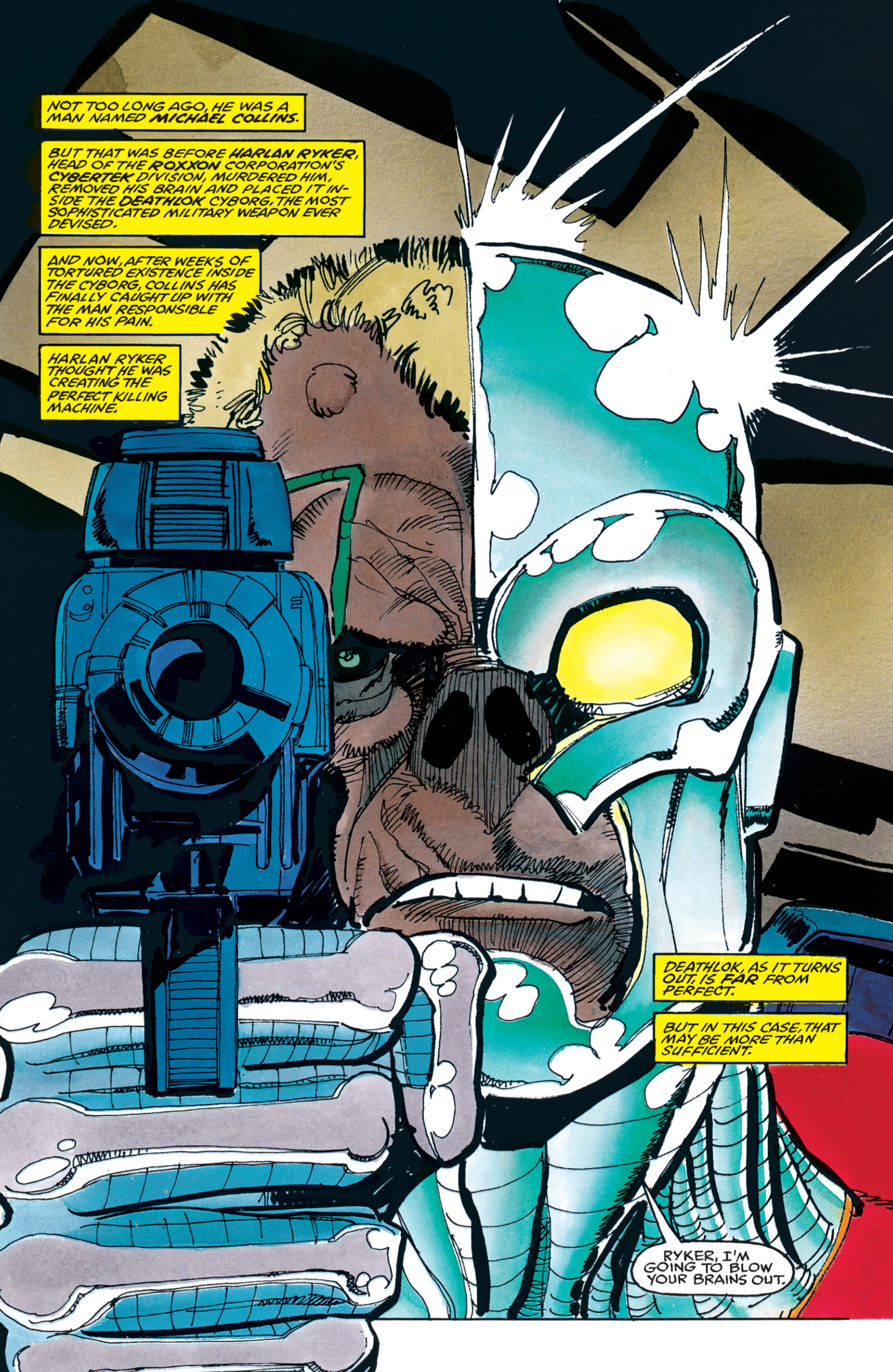 This is not the same Deathlok.  This one, Michael Collins, has the brain of a 40-something African American robotics expert who is tricked into creating a war machine and whose mind resists instructions to kill.  It’s a cool twist on the Robocop trope.

Not only that, Michael Collins is a whistleblower who is shot after he threatens to expose Roxxon’s creation of this unauthorized war machine, and then his brain is put in the body of his creation because, hey, we need a brain.  That’s the only odd part of this—why would they pick an insubordinate’s brain?  But it’s explained that the brain is needed for biomechanics, but Deathlok is not supposed to have the power of independent thought.

But, of course, Michael Collins’ personality comes out anyway—and quickly takes charge over the AI inside the body. There’s a lot you’d expect to see here, like Michael breaking out of Roxxon and trying to go home.  Then, his wife rejecting his new, horrifying cyber-body.  But there’s also some cool twists—like in order to stay in contact with his son, he communicates through the kid’s video game system. 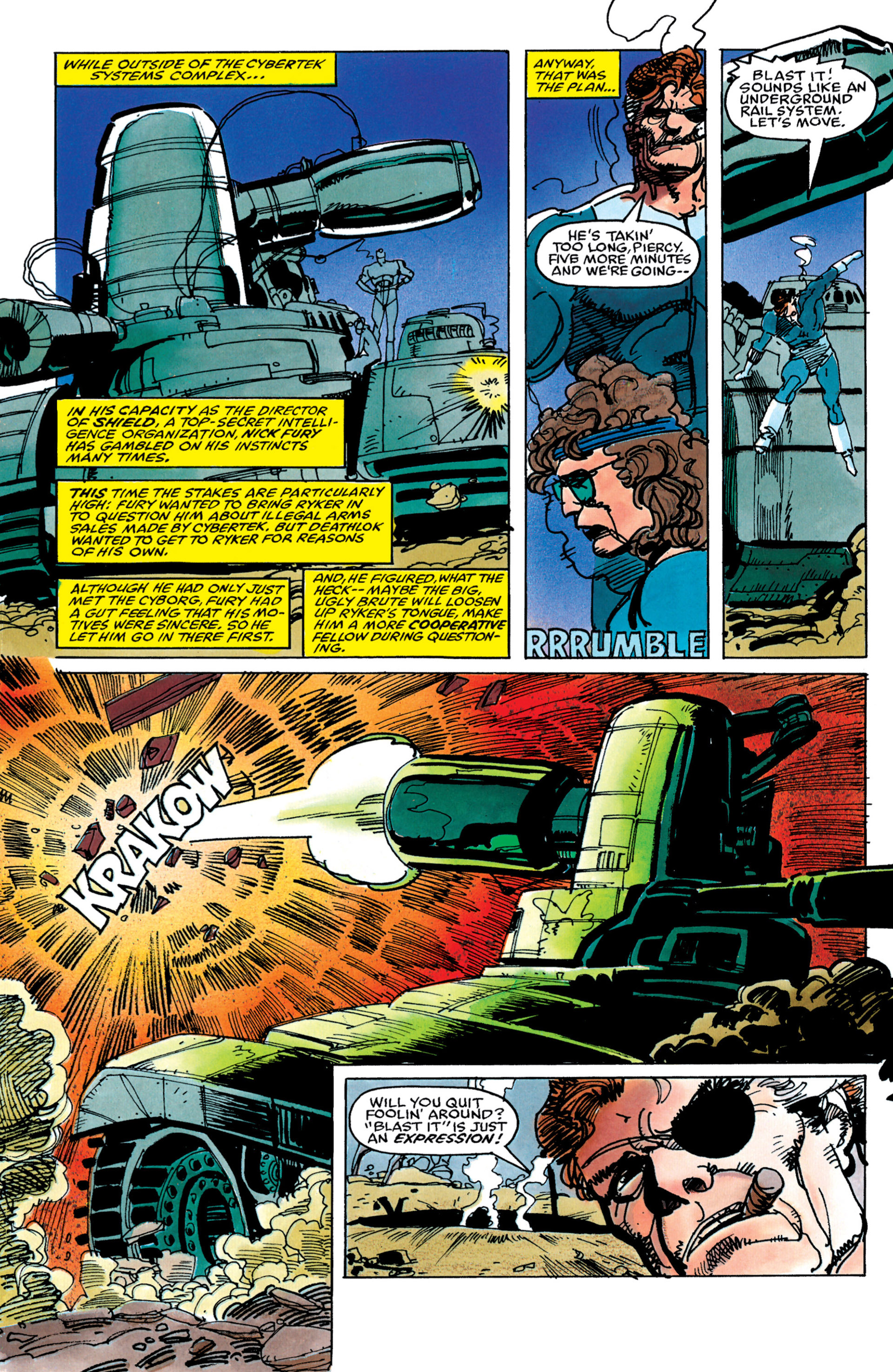 Nick Fury finds out that Deathlok has escaped, which means Deathlok is being pursued through New York City by both Roxxon’s big bad robots and SHIELD agents.  Deathlok learns to fight by beating up muggers but then starts sabotaging other corrupt Roxxon projects.  Like I said, it’s what you’d expect from this kind of a comic written in a post-Terminator/Robocop world. 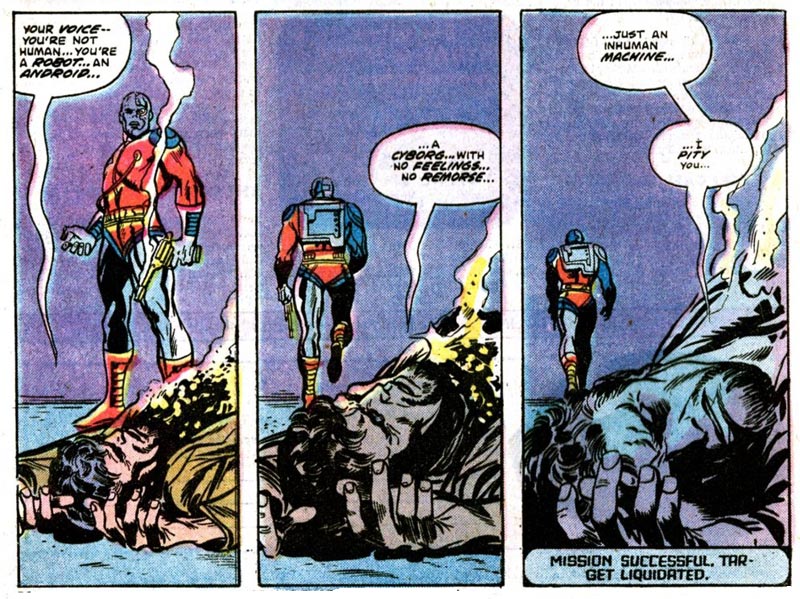 Of course, in the end, the evil Roxxon scientist who shot Michael Collins and stole his brain offers to put it back into his original body, but they have to go to Japan to do it. 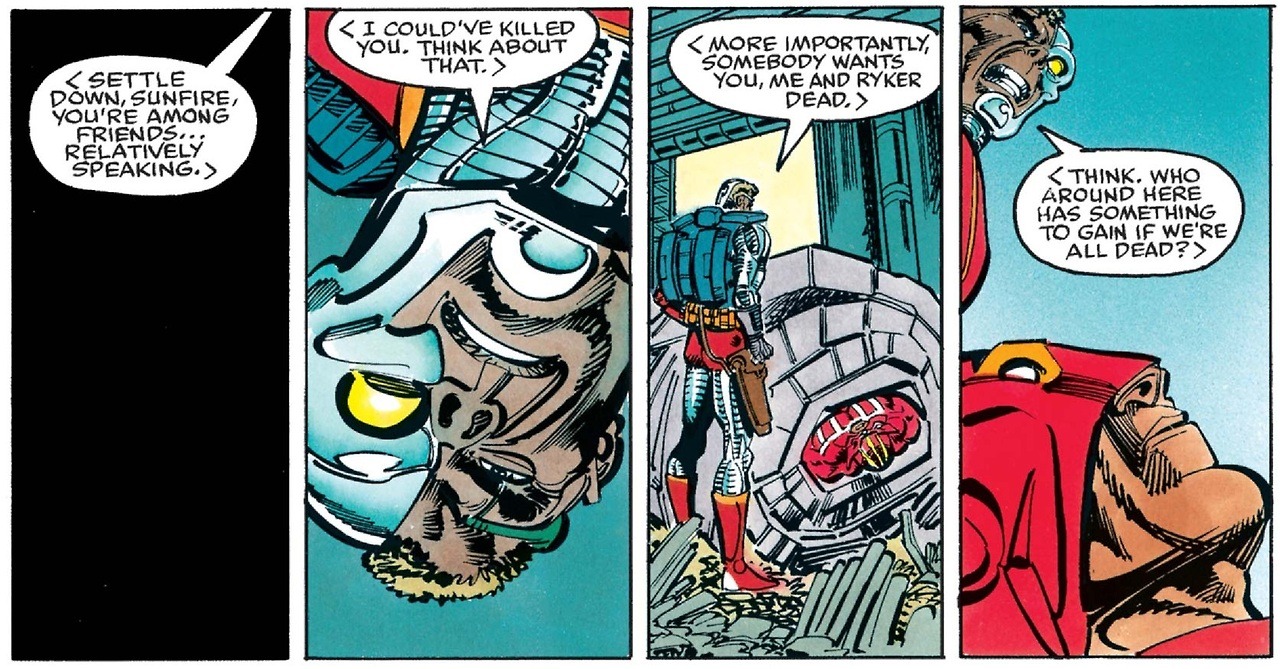 A similarly evil Japanese corporation pits Sunfire against Deathlok until the two figure out that they’re both actually pretty nice guys.  Then they team up against Roxxon and the Japanese company, avert a nuclear disaster, and end up friends with SHIELD.

In the end, Nick Fury seems to take Deathlok in as a new employee. 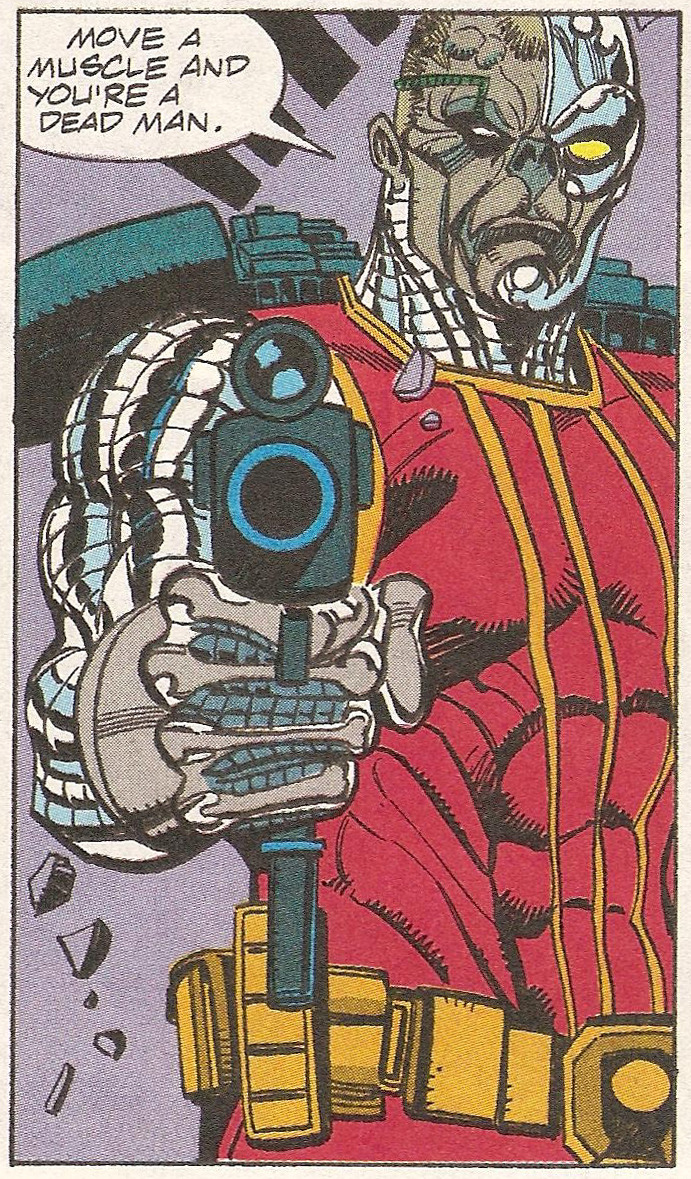 This is a really good relaunch of the character, the 50-page-per-issue count lets Dwayne MacDuffie take his time—nicely done.