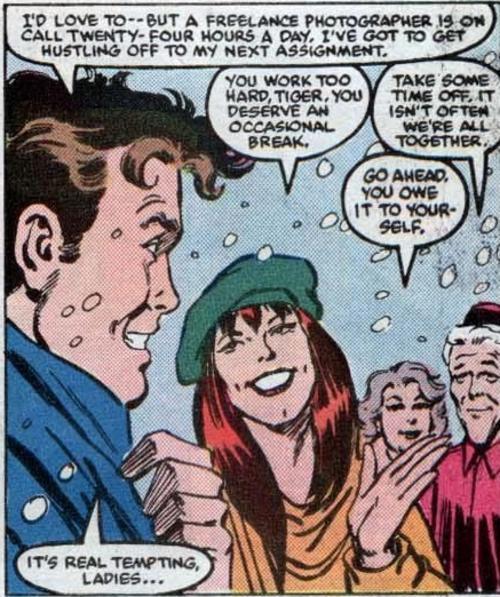 Peter tries to make being a freelance photographer sound like being a doctor.

Meanwhile, someone wants to kill Kingpin, and Beyonder and Mephisto make a bet whether Spider-Man will try to prevent the assassination.  That’s not much of a bet, and the answer is obvious, so Beyonder, who takes the “Spidey won’t help” side, is kind of an idiot.

To try to push Spider-Man in his direction, Beyonder unleashes the demon Zarathos, which was the same force that created Ghost Rider.  Now, it would have been really, really cool if Spidey got taken over by Zarathos in this issue, but that’s not what happens.  Instead, Zarathos is basically just a billboard who yells at Spidey. Also, Black Cat is still hot and into Spidey.