I’m really not loving the Thomases run on this title, but at least they did this to Rick Jones.

Also, I thought original Human Torch died in the fight against Magneto and Scarlet Witch.  I must have not read closely last issue, because he’s back.  And so are The Great Lakes Avengers. Together with Captain America, they take on wax figures of superheroes come to life.

I’m going to be forgiving because it’s fun to see so many characters in a group shot, but how on Earth is Cable a wax figure at an amusement park?  Nobody even knows who he is? And also there’s Superman, which is always cool.

Now you’d think a human ball of fire would have no trouble against wax figures, but they have the powers of the characters they’re based on so it’s a little challenge.  Just a little one.

The “villain” is a kid who found Dr. Strange’s Ruby of Cyttorak—which was lost in space when Juggernaut threw it into orbit way back in Marvel Team Up #150.  In this issue, it falls back to Earth.

At the end of the story, it’s still in the little kid’s possession. 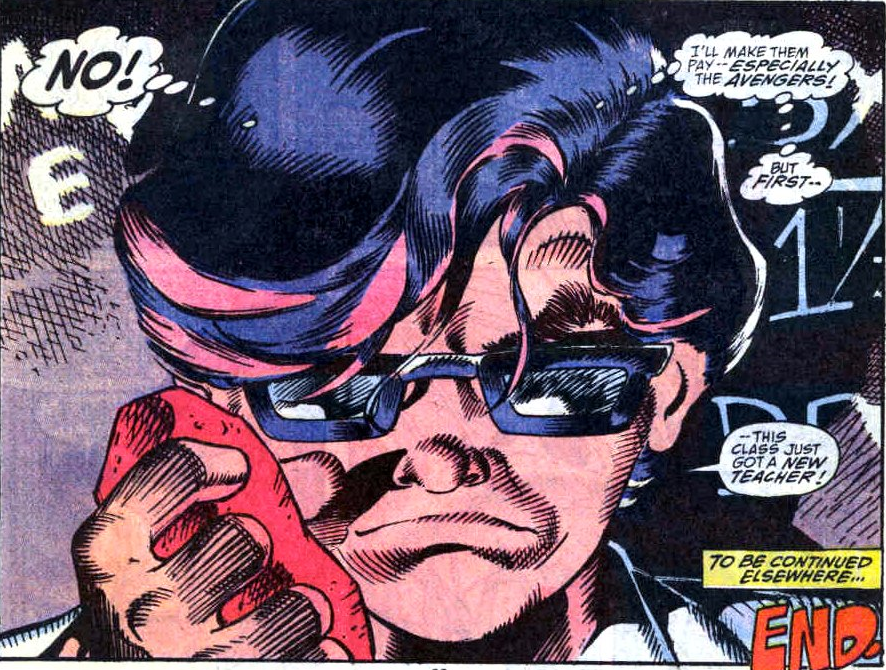