Doctor Octopus recruits Electro, Sandman, Hobgoblin, Shocker, Mysterio, and finally Vuture.  Note that the Sinister Six haven’t returned since their first appearance way back in the 1960s, and Hobgoblin is replacing Green Goblin. 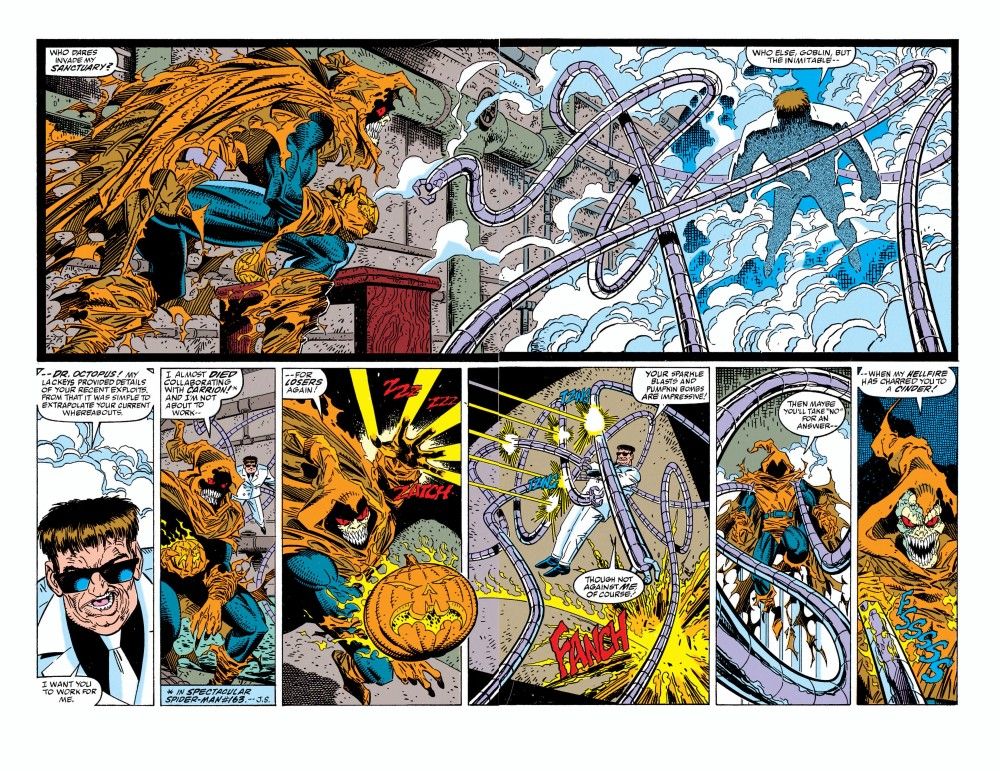 Most of these characters are recruited during a mini-story with Spider-Man where he defeats the villain standing alone, thus making them more willing to partner up with each other.  Also, Shocker doesn’t ultimately join the team—his appearance is a red herring–because he gets caught. 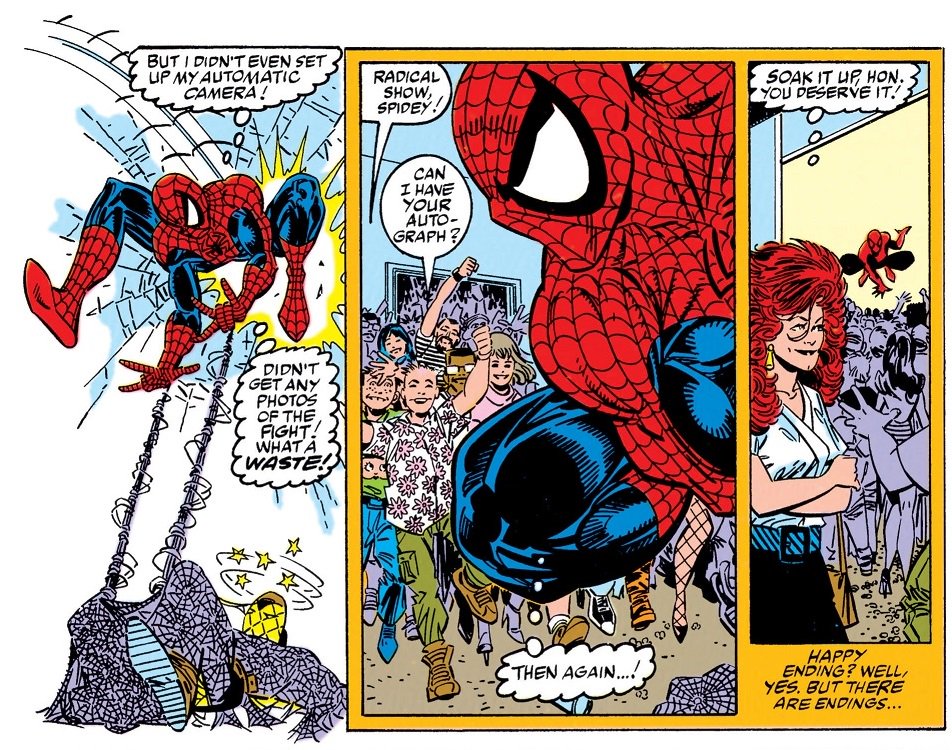 In Vulture’s recruitment adventure, Kingpin hires him to kill the owner of a casino and, at the same time, hires the minor villain Chance to kill Vulture if Vulture fails in his hit job. 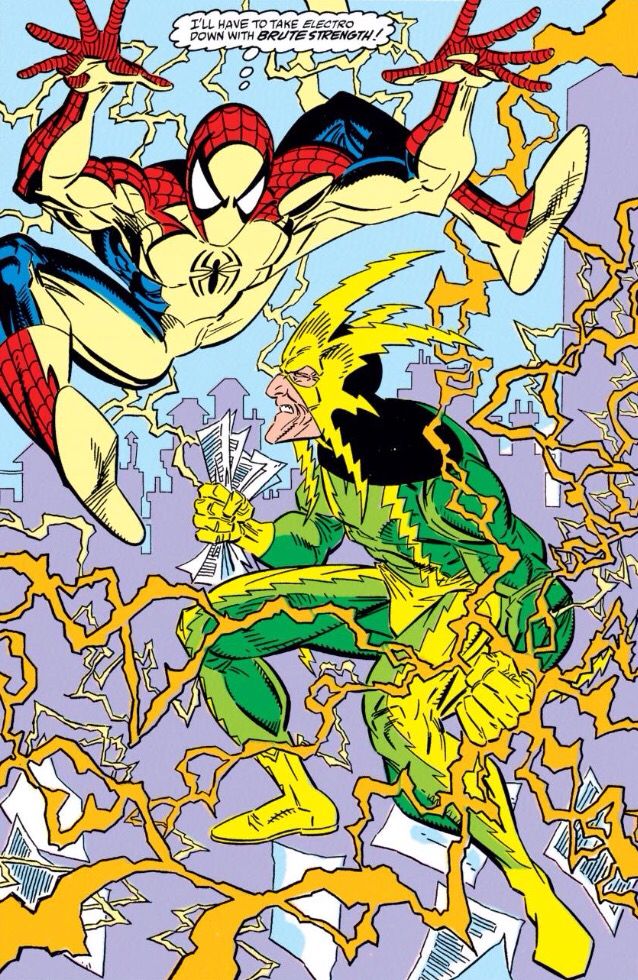 Across several of these issues, we see Nathan Lubensky, Aunt May’s boyfriend, still having money issues (remember he’s got a gambling problem) that get him into trouble with thugs.  He’s withdrawn all of his money and a rival mobster named “Mr. Grouper” invites Nathan to bet on whether Chance will kill Vuture.

This is very odd.  Nathan’s got a gambling problem, but this is obviously a highly illegal bet and he’s never the kind of guy who would treat murder in a cavalier way.

On top of that, he wants to see the action so he shows up at the event where Chance is supposed to kill Vulture and even brings Aunt May, unnecessarily putting her in harm’s way.  Inevitably, she gets taken hostage by Vulture during the melee (Spidey shows up to stop the killing) and Nathan has a heart attack… 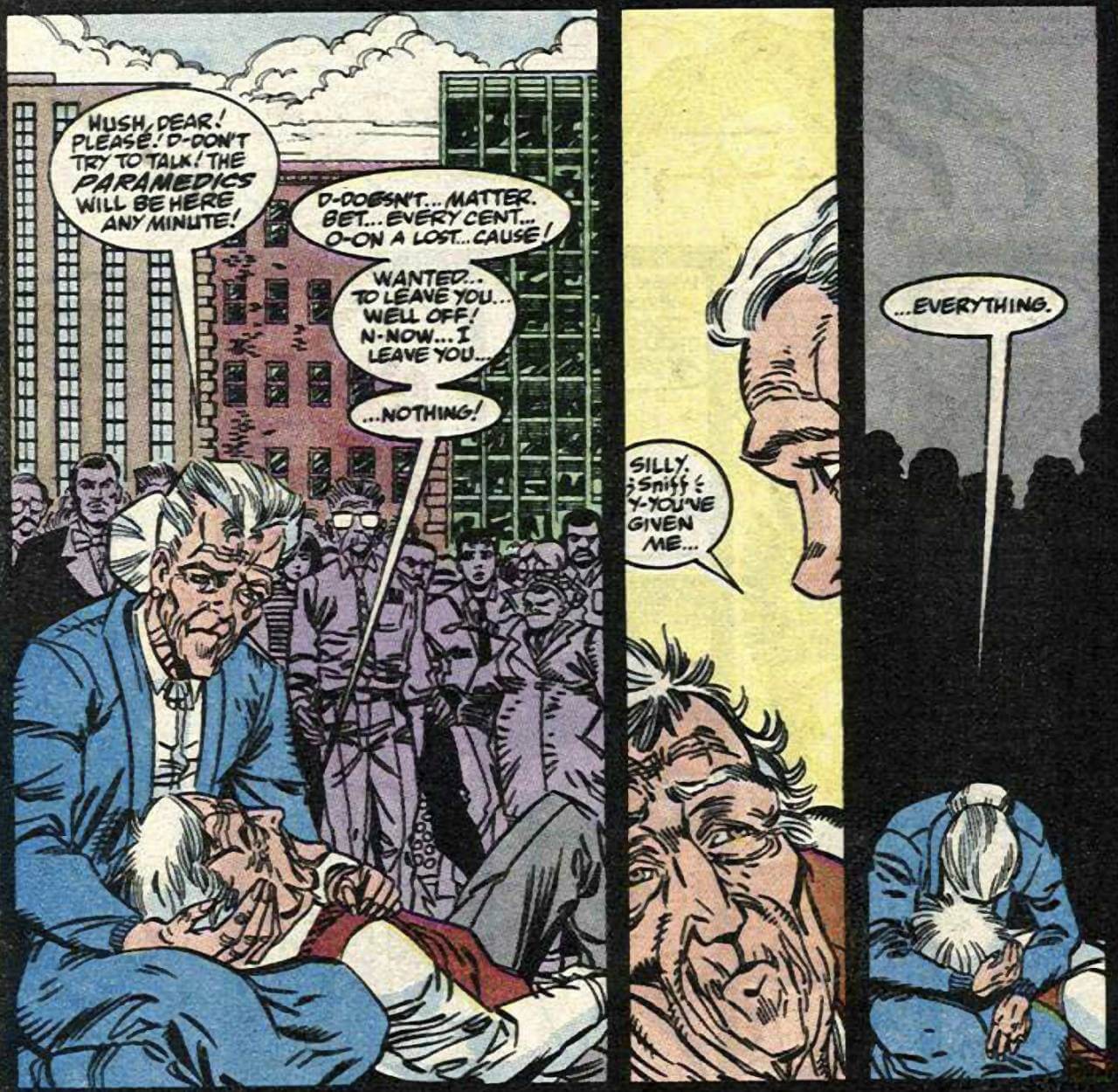 …And dies.  This is a really, really crappy way to end this long-standing romantic relationship.  It feels rushed, random, and pointless.

But maybe there’s an existential message there.

Anyhow, Spider-Man foils Vulture’s assassination attempt and now the full six are assembled.  Their grand scheme is to hold the Earth hostage with a giant rocket.  And of course, in the end, they all betray each other for various reasons.  Sandman, in particular, has been a “good(ish)” guy—working with Silver Sable—so his betrayal is to join with Spider-Man.  Other characters, like Hobgoblin, are just too corrupt to be on a team. 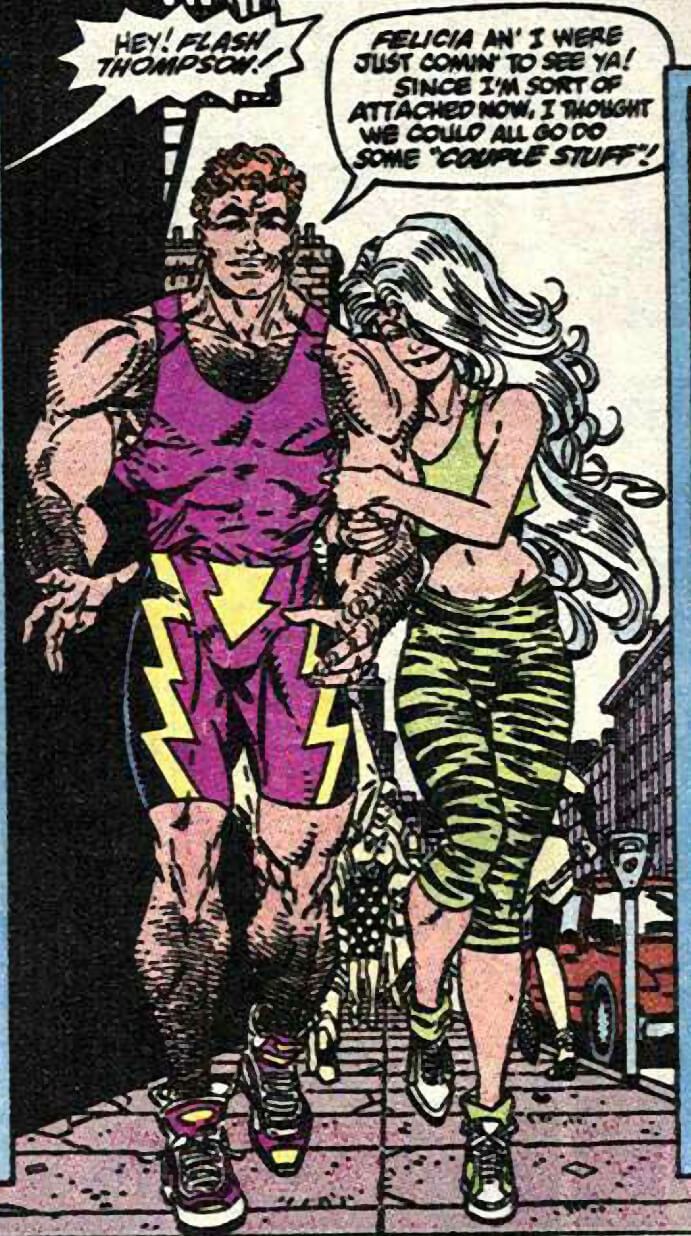 Also, there are cameos by Captain America, Dr. Strange, Kid Nova, Iron Man, Thor, and Mr. Fantastic.  For some of them, Peter Parker is jealous that Mary Jane is impressed by these characters.  Which totally makes sense because she’s smoking hot and he’s always had an inferiority conflict.

Speaking of her being hot, throughout these issues she’s threatened by not one but two stalkers. 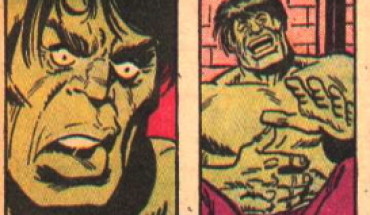 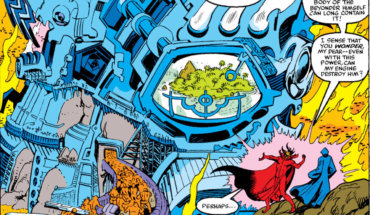 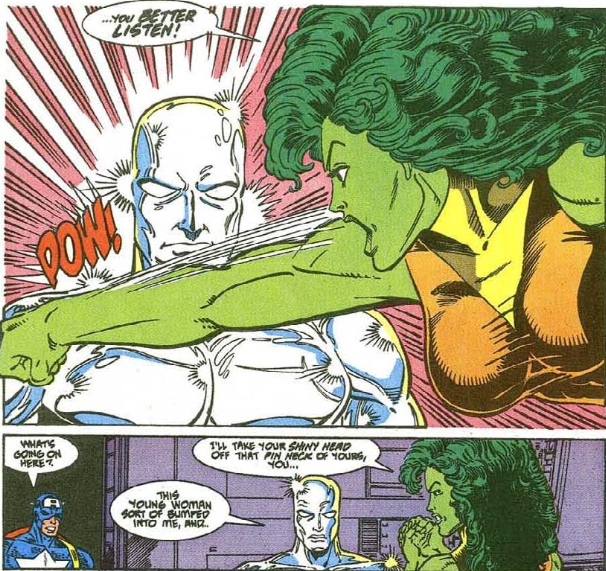