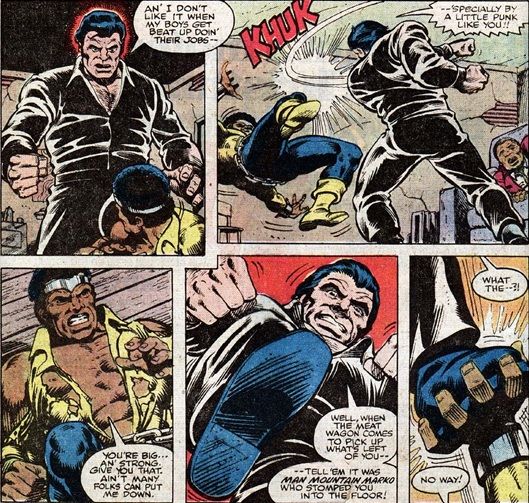 Man Mountain Marko and Thunderbolt have teamed up to take on the titular heroes, while working for a mob attorney known as Little Ceasar Cicero.  Two Roman names.  That’s badass. 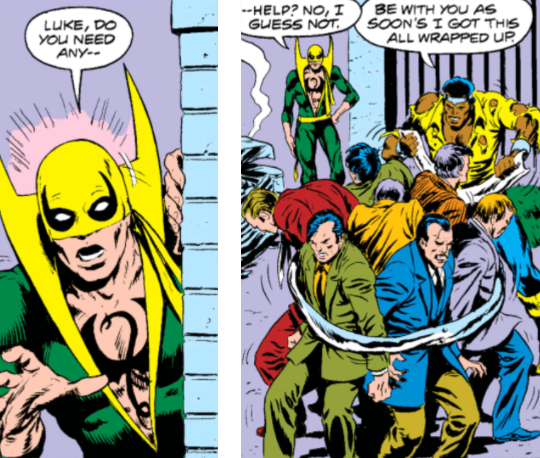 It’s a little too convenient that there are two supervillains versus two superheroes, and that one of each is big with strength and one of each is lithe with fighting skills, but I get the desire to pair each character off and give them their own fight sequence. 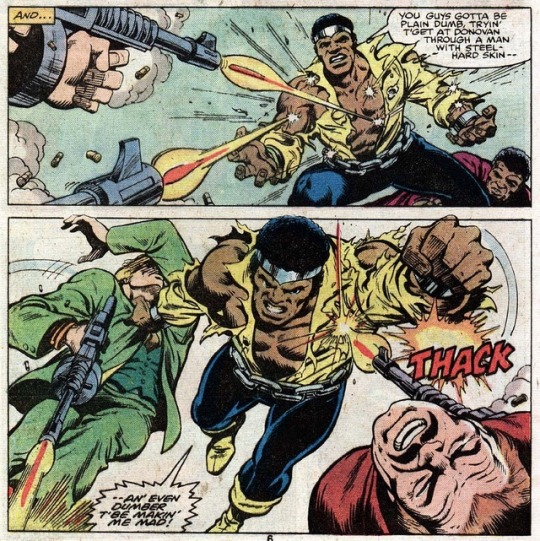 And in issue #62, Cage is down for the count and Thunderbolt has joined the side of PM&IF, so Danny gets to take on Marko.  And wins.  Nice little turnabout.  And best of all, he does it without conjuring the power of the iron fist—a device that, in the 1980s, could often become tired and predictable.  In this battle, I predicted it, but it never came. Meanwhile, Misty Knight and Colleen Wing’s business, Nightwing Restorations, is collapsing because Luke and Danny are taking all their clients. Which is weird, because most issues Heroes for Hire is either working for free or, like in this story, not working at all.  I guess bodyguarding was a really small market back then?

At the end of the episode, Thunderbolt dies. 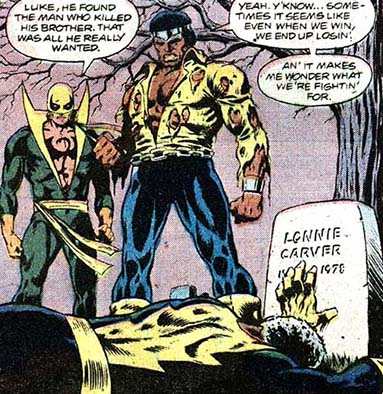 And he stays dead.

Creators: Mary Jo Duffy and Kerry Gammill, with a plot assist by Steven Grant
Grade: B-