Following the last few issues, we get a great splash page of Red Skull clutching the Cosmic Cube over his head and doing an evil villain rant about it.  But by the end of the story, the Cosmic Cube has been sucked deep into the ocean and Red Skull has “died” trying to swim down after it.  Naturally, his body is not recovered.

We also get a little bit of a “dig” against the character Captain America spits this book with, when Jarvis offers to “draw him a bath” and Cap basically says that baths are for rich folk and he’d rather stand and shower. Also, issue #83 is the first appearance of Tumbler, a villain so important he didn’t even make it to the cover of the issue.

Now for the Iron Man side… 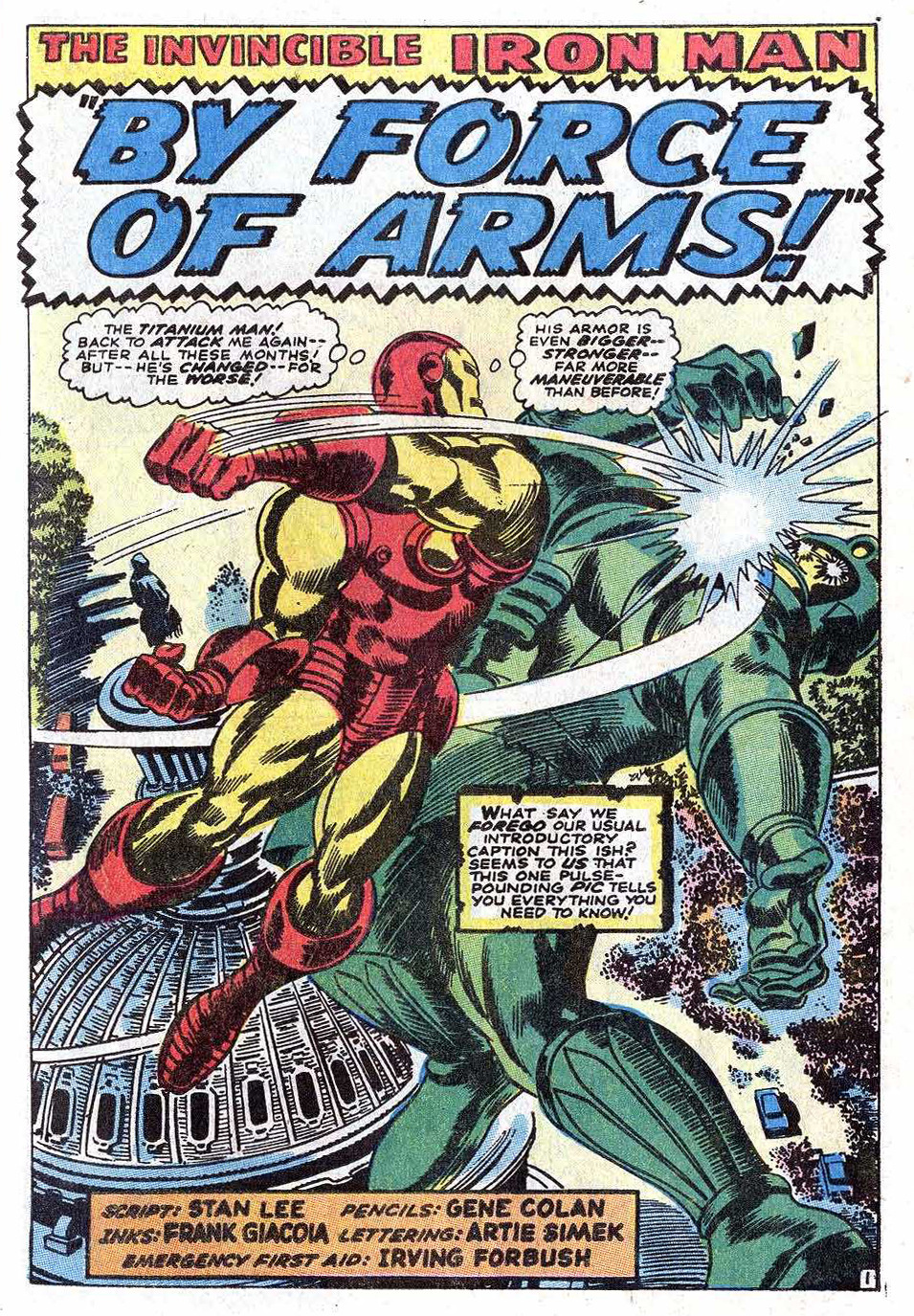 On the Iron Man side of the book, Titanium Man returns.  And it takes Iron Man three issues to beat him.  Ho hum.  Great art, but the story is just meh. Meanwhile, in issues #82 and #83 Captain America’s body is hijacked by “The Adaptoid,” a robotic villain who can shape shift. Then, we meet another new villain, The Tumbler, who crashes through Avengers Mansion’s window and meets up with the imposter version of Cap and loses a fight to him.

So a Cap knock off fights a Batroc knock off.

Score: Captain America beats three villains, including his arch foe Red Skull, and Iron Man farts around for three issues with the Russian version of himself. 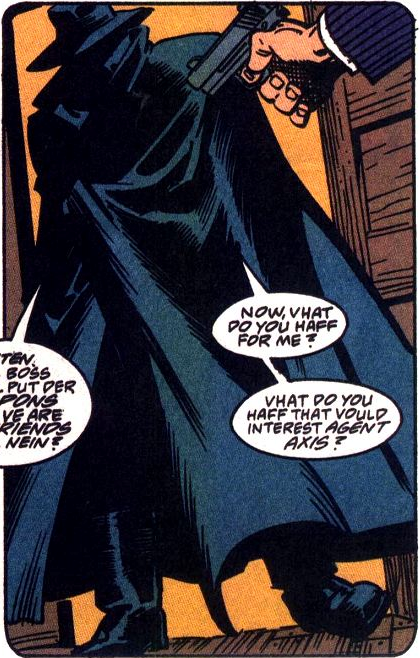 In and of itself, it’s not a big deal.  He’s just a dude in a trenchcoat.  But the thing is, he’s a DC character!

She was a Nazi foe of the Golden Age “Rip Carter and the Boy Commandos.”  And, she was created by … Jack Kirby and Joe Simon!

Kirby probably got mixed up when he introduced the character in a Marvel comic.

And then, in the end, we get a letter from Marv Wolfman!

(He was just a kid, so he still went by his full first name, Marvin.) Creators: Lee and Kirby (Cap), Lee and Colan (Iron Man).  Inks are by “Gary Michaels,” which is a pseudonym for Mad Magazine star Jack Abel.  Also, Irving Forbush is credited as “Armor Publisher” in #82, and “Pencil Sharpener” in #83.
First appearances: The Adaptoid, Tumbler
Grade: Iron Man: C+ (the art makes it above average—if Don Heck drew it, we’d be looking at a D).  Captain America: A (for #81, wrapping the Red Skull story), C (for #82, which is mostly a WWII flashback), B (for #83, a solid tale, even if it’s once again got a villain dressing as a hero—which by this time has become a Marvel trope).