In #66, we see Reed Richards getting bendy with some science-y looking equipment.  Meanwhile, we know Alicia has wandered off with some weirdoes into another dimension.  Honestly, the story makes no sense whatsoever.  But it’s the first appearance of Adam Warlock: He goes by the name “Him,” but eventually he’ll become Warlock.

Here’s a cool panel of Human Torch absorbing energy.  So many word balloons, though, obscuring the art. 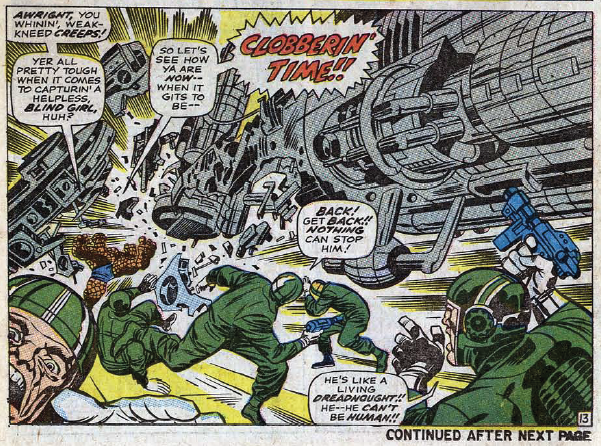