Home
Earth's Mightiest
THE AVENGERS #26-30 (1966): Introducing The Collector and Goliath! Attuma plans to unlease a Tsunami on New York, and kidnaps the team.

For some reason, Scarlet Witch is in purple.  And Cap tricks Attuma.

Along the way, The Collector makes his first appearance and, in a very bizarre twist, he hires the D-list supervillain The Beetle to help him capture and bottle the Earth’s superheroes. 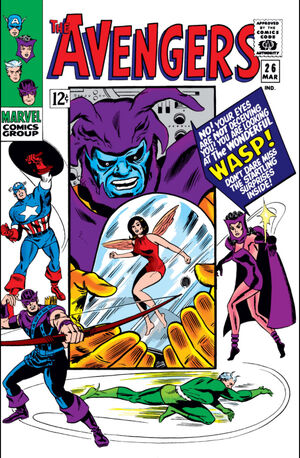 Of course, this isn’t The Collector we all know from the Guardians of the Galaxy movie.  I mean, he is, but in this book he seems to be just some guy with some contraptions and a penchant for stealing stuff.  Later, he’ll be retconned as one of the powerful and rarified universal Elders.

He gets Thor drunk.

The Collector reappeared during the George Perez era in #174, in what was basically a better-thought-out version of this same story.

Ant-Man had already become Giant Man, and now, for no apparent reason, he becomes Goliath. 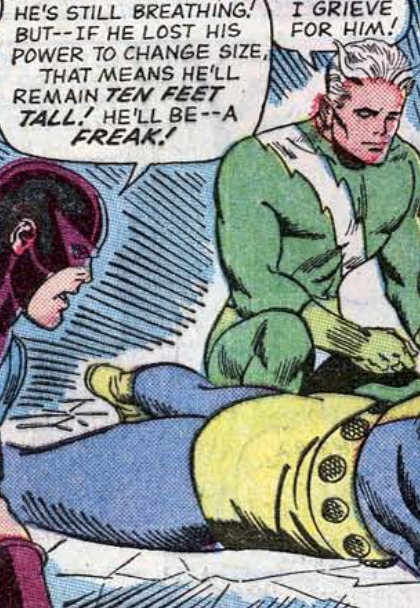 His costume is designed by Scarlet Witch.  Because only women make clothes in the world of Stan Lee.  This is also the issue where Pym first began to have health problems related to using his powers.