Captain Stacy brings evidence home, and Shocker breaks in and steals it.

Stacy is becoming a major player in the Spider-Man world–and he’s starting to actually feed Spidey evidence.  (He doesn’t yet know that Peter Parker is Spider-Man, but ultimately he lets the dude date his daughter.)

But the development of the Stacy-Spidey-Stacy triangle is just one of the story elements in this saga.  This is Stan Lee at his best, weaving melodrama, romance, action, and incredibly novel super-heroes into one long-form epic.  It’s around this time that Lee’s Marvel work really took off: He was always a brilliant idea-man, but here we see he’s become a true storyteller.

Back to the story: The “evidence” in question that Shocker has stolen is a magic tablet that used to belong to The Kingpin.

We don’t know what it does yet, but we know it’s powerful.

During this eight-month arc, Spider-Man snaps and decides that if The Daily Bugle and the cops are going to portray him as a “menace,” he’ll become one and live up to their expectations.  This flies in the face of his relationship with Stacy, though.  It kind of reminds me of the “24/7” arc Dan Slott used much later, when Spider-Man decided to work nonstop, tirelessly, to dispel any suggestion that he wasn’t a bad dude.  Issue #73 is kind of a filler issue, in which Quicksilver decides to take out Spidey since Spidey is such a menace, and as a result of the issue, Spidey goes back on the martyr post again, deciding not to be a menace after all. 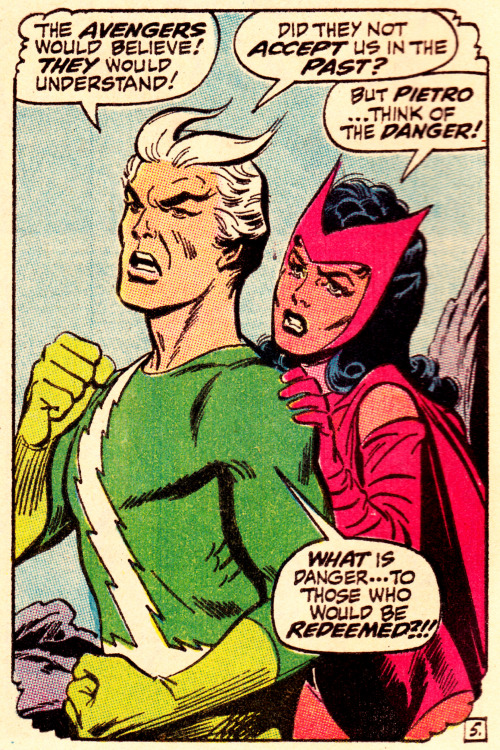 In these issues, Lee also develops The Kingpin into the character he still is today.  Just look at these two sequences, which easily could have been from a Frank Miller issue of Daredevil:

And last but not least, we’re treated to the first appearance of another crime boss: Silvermane.

In the end, we also get to see Doc Connors and the Lizard, who helps translate the tablet, which eventually turns Silvermane into a young man.  And then continues young-ifying until he disappears completely.  I presume he turns into a fertilized egg cell, marking the first time that semen was a Spider-Man villain.