Len Wein moves from Hulk to Marvel’s flagship character, and begins with a wonderful symbolic gesture: In a panel whose border is colored red, Spider-Man drops the dead body of his clone down the chute of a factory incinerator.  Yes, Wein is breaking from the previous (horrid) clone storyline, and signaling a new beginning. But then, just as fast, Wein reintroduces Harry Osborn, who is out of the mental ward.  But you can tell from his face that there’s something still wrong in the windmill of his mind.

There’s also a great sequence with Mary Jane sweet-talking J. Jonah Jameson at a party.  It’s great because you can really see MJ as a charmer-Wein writes the hell out of the scene. As for superheroics, you can see above: Shocker.  I like the dude, but he’s not a good Spider-Man villain.  Spidey should be able to take him down quickly.  And he kinda does. 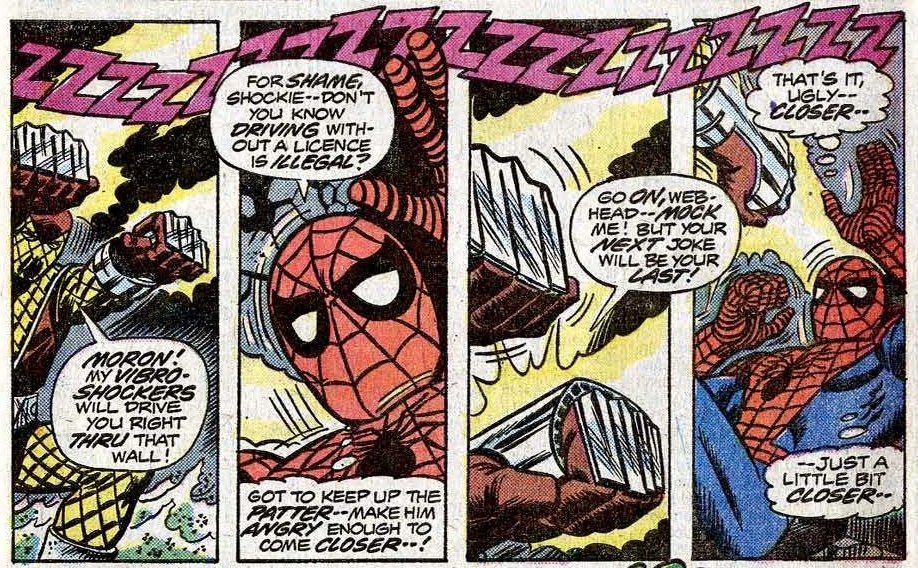 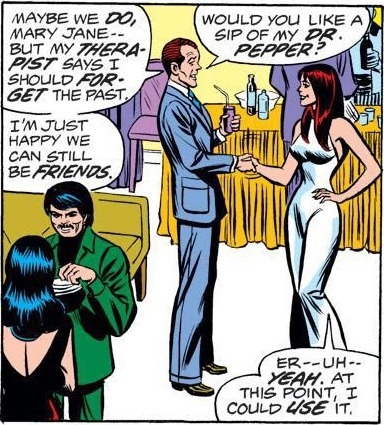 Creators: Len Wein and Ross Andru
Grade: C+.  Great writing, even if there’s not much story.