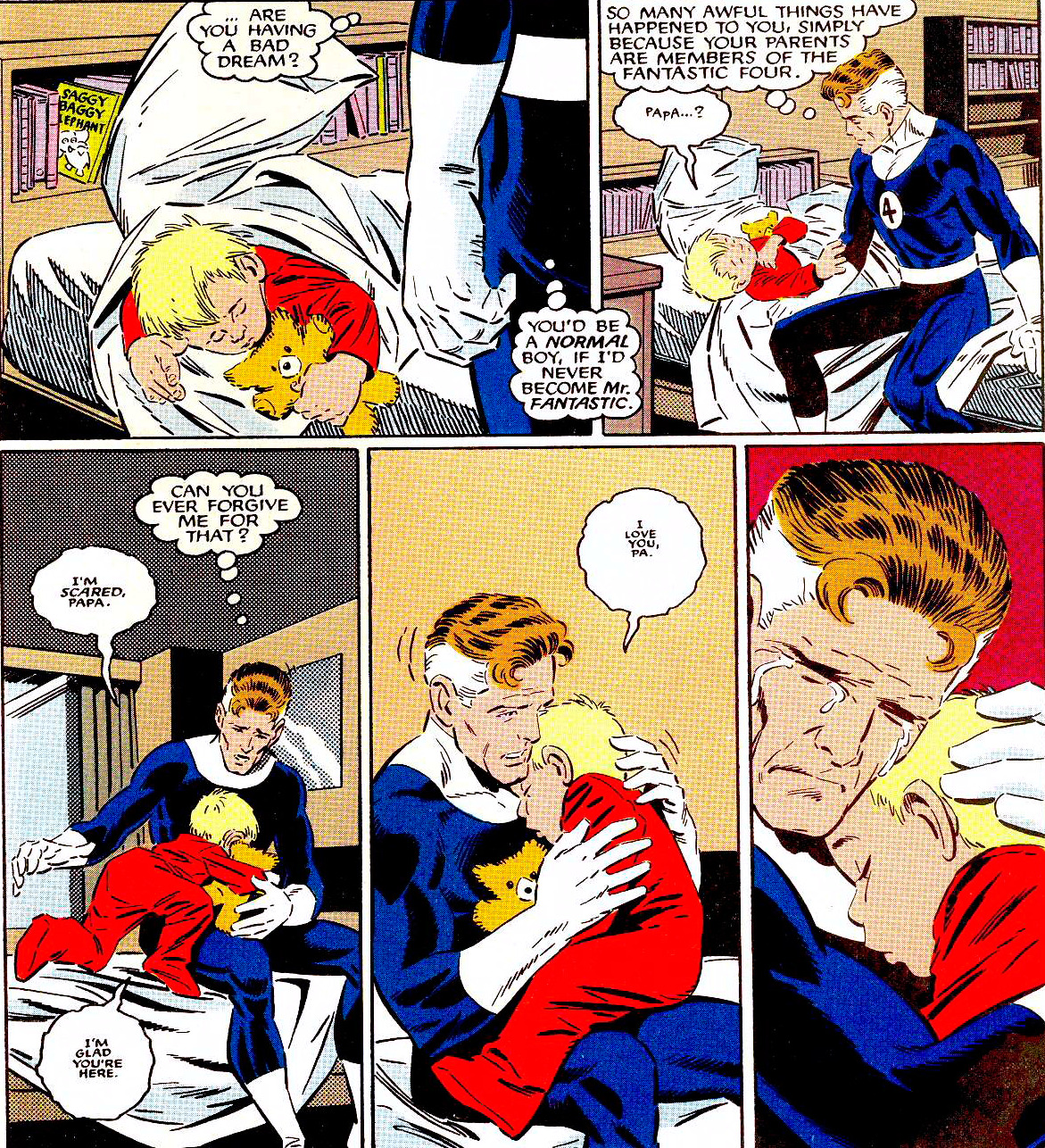 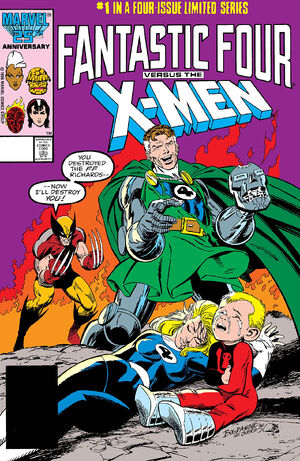 What makes this one of the better of the plethora of minis that came out in the late 1980s is that it is written by the regular series writer, Chris Claremont, so it fits well into the canon and doesn’t just feel like a money grab.

Franklin Richards has a post-apocalyptic precog nightmare that all of the FF and X-Men have been killed, except for his dad, Reed Richards, in the course of the dream, becomes Doctor Doom.  Of course, Reed ignores his son’s retelling of the dream because Reed is busy with his own science stuff.  Even knowing your son has some kind of precognitive powers can’t get you to pull your head out your own ass, Reed?  Terrible, terrible father.  Marvel really should have done more with the concept of parental neglect.

Kitty Pryde was locked into her “phase mode” during the Mutant Massacre, and the X-Men turn to Reed’s 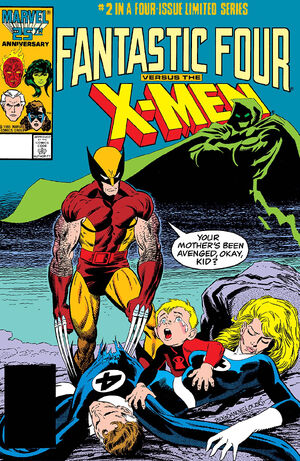 science knowledge for help before she phases completely out of existence.  Reed is unable to help, and the two teams end up fighting each other—which, yes, is really silly and contrived.

But the battle is kinda cool: Wolverine, Rogue, Longshot, Magneto, and a depowered Storm vs. the FF-plus-She-Hulk.

Eventually, Dr. Doom appears and says he can help Kitty because he’s smarter than Reed.  So, they go off to Latveria.  Of course, the FF+She-Hulk don’t support that, so they also go to Latveria to interfere.  After some more fighting, Franklin breaks it up and convinces Reed and Doom to work together on a solution.  I could have done without Franklin always appearing as the cute voice of wisdom to break up stupid hero vs. hero fights (it happens at least three times in this series), but I get it: It’s hard to end these kind of 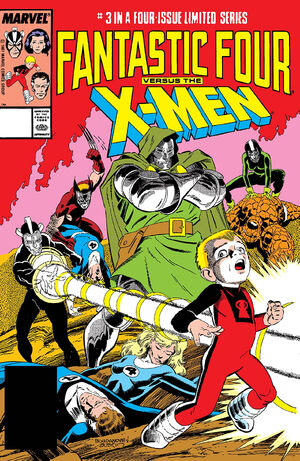 fights because they start over something stupid and, narratively, it’s hard to make stupid people stop being stupid and act reasonable when they’re already throwing punches.

There’s also a subplot involving a secret journal Reed kept, wherein he admits that he had been able to predict the effects of the Cosmic Rays on the foursome way back in FF #1—and intentionally exposed them, believing that humankind needed a defense against Professor Xavier’s rising mutant school.  This feels like a reach—we’ve never seen it before—but it would have been a very interesting development in the FF.  And throughout the series we see why it’s such a reach: Doom planted the journal to try to get the FF to break up.  It’s actually a brilliant plan, and it is a powerful driver of the overall story in this miniseries, adding a level of complexity and character work to the FF side of the book—a team that Claremont had not written before. 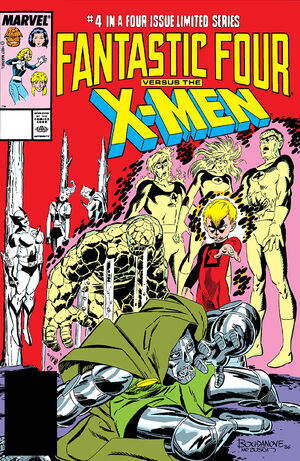 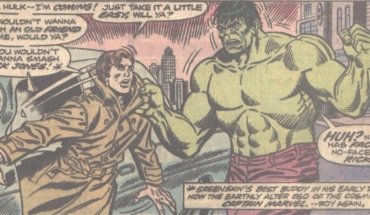 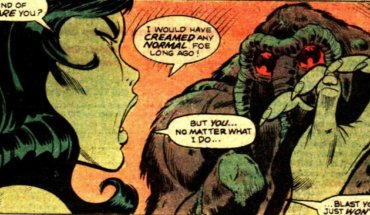