Did your creative team leave in a hurry because it couldn’t stand Marvel’s editorial policies?  Then call Bill Mantlo for a quick fill-in!

There are many rumors about why Stern and Byrne left Captain America so abruptly.  Ed in Chief Jim Shooter issued a mandate that all stories begin and end in one issue, but the creative team had already begun a three-parter they were proud of.  Marvel changed its royalties policies.  Stern had planned to leave anyway, and Byrne really just wanted to work with him.  Whatever the reason, it’s a shame they couldn’t work out their differences because this issue is…Not good.  And a not good issue after one of the best, A+ runs in Marvel history, feels really, really bad.  It’s not really, really bad, it’s just not really, really good—which is a big comedown. 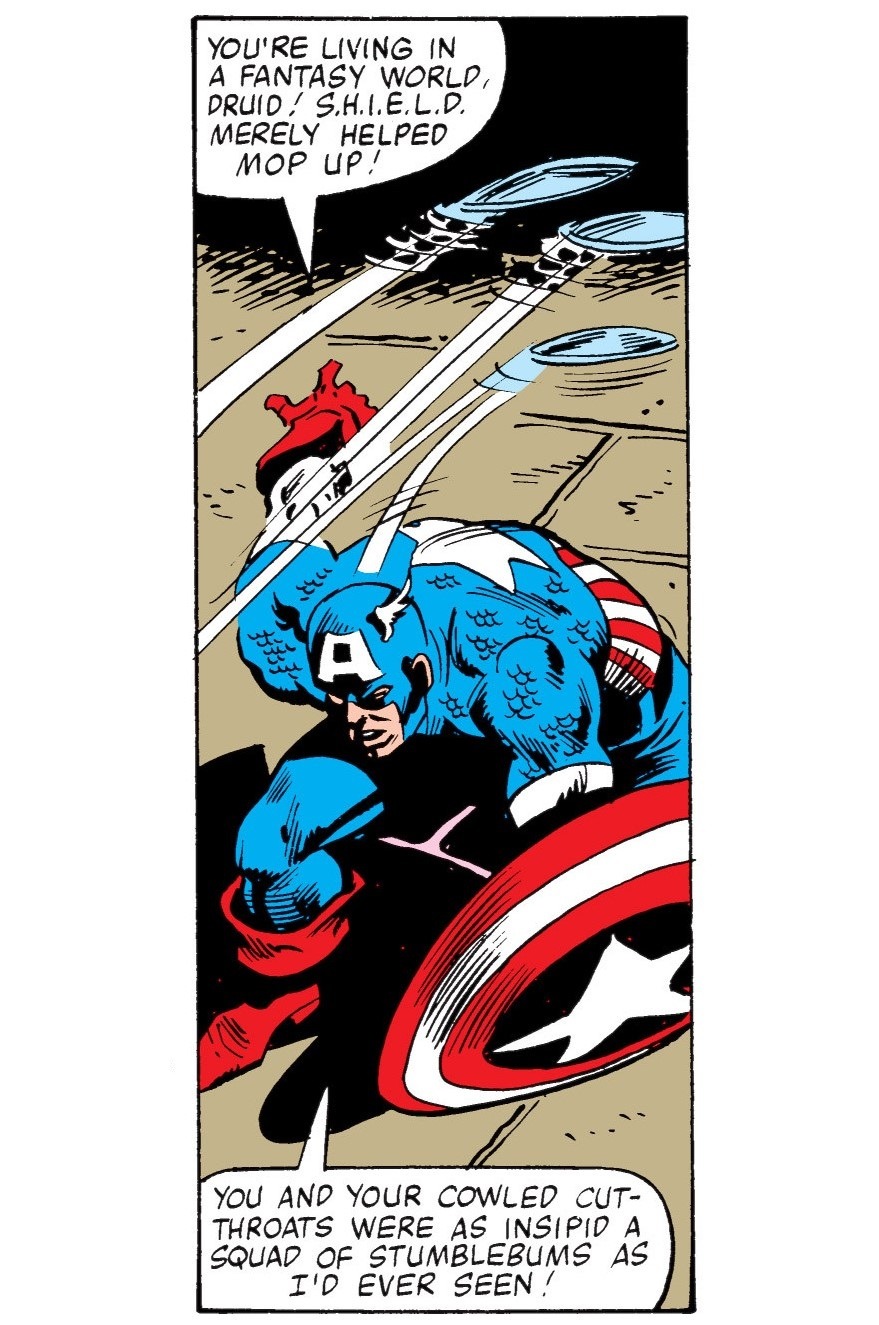 Anyway, Captain America fights a druid in a castle.  Art is good.  And at least it picks up right where #254 left off (#255 was an origin recap), with Captain America still in England after taking down Baron Blood.

Creators: Bill Mantlo and Gene Colan
Grade: C
For the complete history of the MU, year by year, go here.
And see my Ratings of Runs on comics here.