This is a cool story.  Kulan Gath, who as I understand it is a wizard from the Conan the Barbarian comics, casts a spell turning New York City into, essentially, Conan-land.  Conan isn’t in the story, but most of Marvel’s NY-based heroes are. 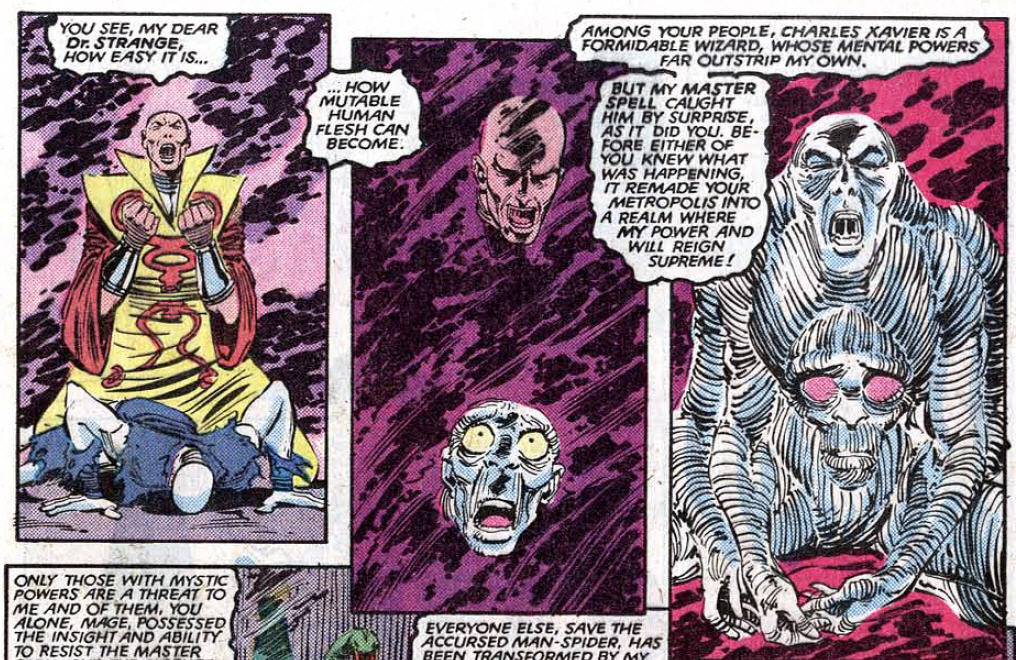 The character transformations from modern to barbarian are neat, but Xavier gets merged with Caliban and ends up looking…Really, really creepy.

The story is also another example of how there aren’t clearly defined heroes and villains in Claremont’s X-Men.  In his story, for example, Hellfire Black Queen Selene actually leads the fight against Kulan Gath, while Colossus (under Gath’s spell) serves the wizard.

The story culminates in a big bloody battle, with lots of heroes dying (because once the spell is broken, time—and their lives—are restored). 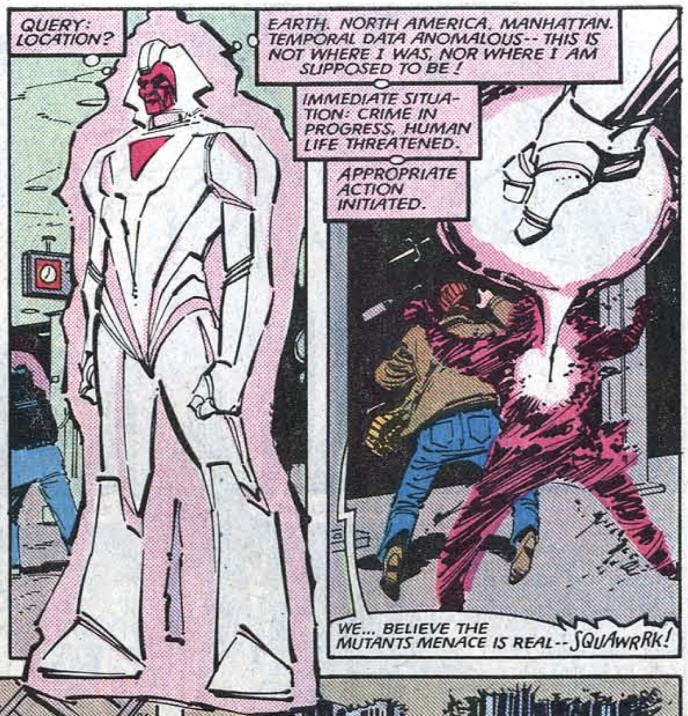 The lasting effect of this arc is that Gath’s spell conjures Nimrod, a powerful robot from the future who hunts mutants and who will stay around after this story is over. 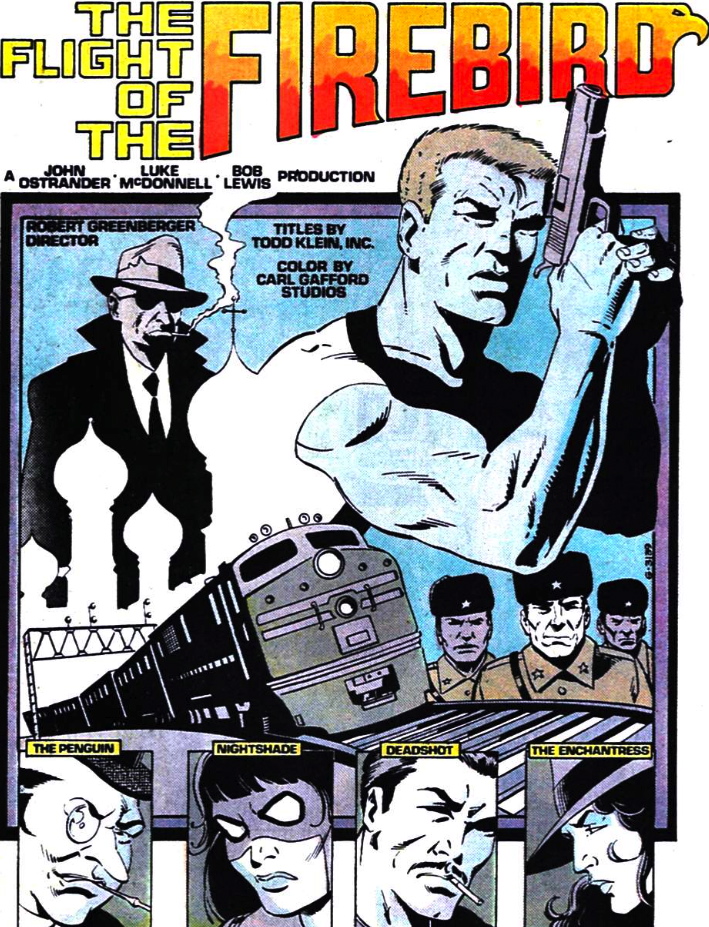 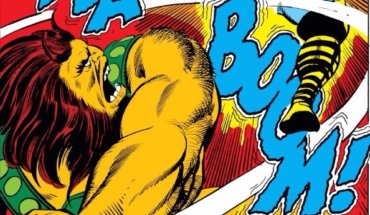 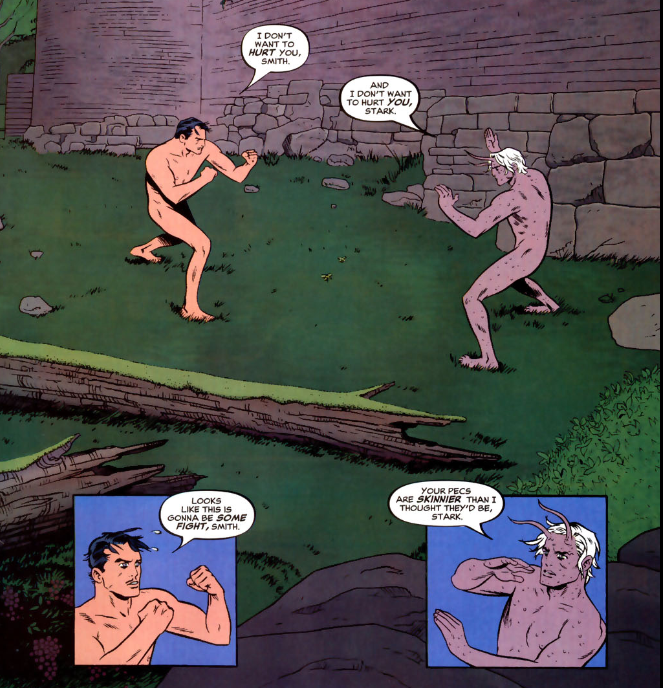