First appearance of Isaac Christen–the Gargoyle. DeMatteis revived the Lee/Kirby creation as a natural fit to a team with the Son of Satan, Master of Mystic Arts (and his boo, Clea), a fashion model linked to a demonic cult (Hellcat), and a guy who can only walk because of magic.

What’s that?  You don’t remember the original Marvel Gargoyle from Hulk #1?  Maybe that’s because he wasn’t anything like a gargoyle.

Yeah, it’s probably a total coincidence that they have the same name.  I can see a little resemblance in the eyes though.

This Gargoyle is a demon who kidnaps Hellcat to sacrifice to the hand.  He turns Patsy into a literal hellcat until Son of Satan performs a quick exorcism and rescue her.  We also get to see Gargoyle’s origin.  He was a normal man who made a deal with a demon that backfired.  Once he is defeated, he decides to The Defenders to help them overcome the hand. 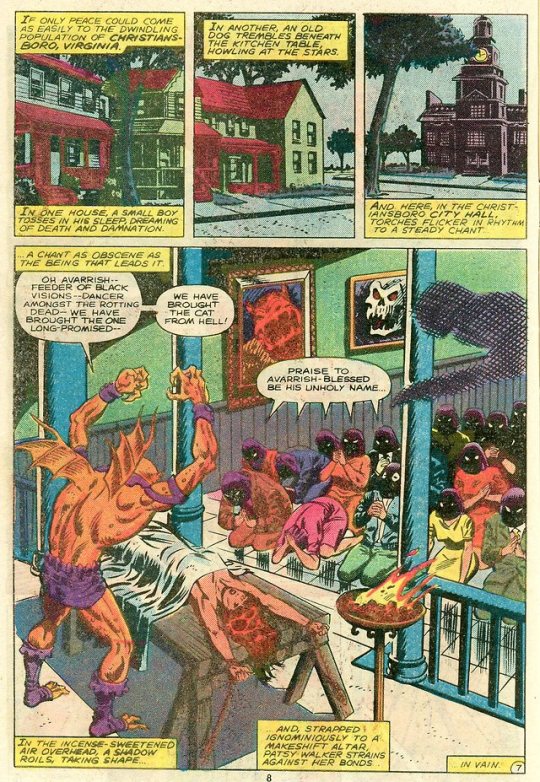 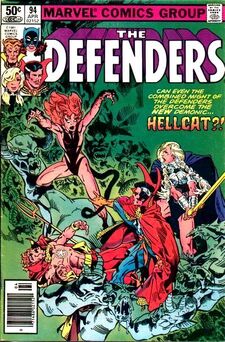 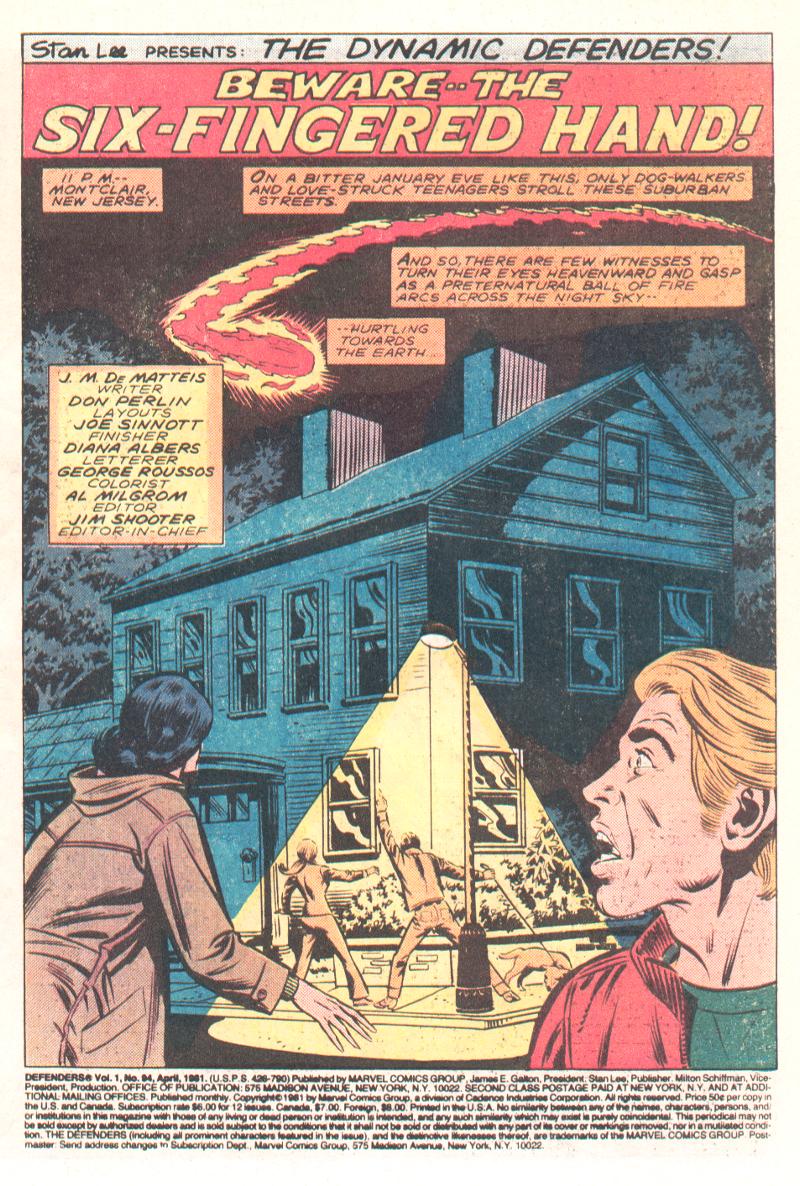 It goes on for a long time, and isn’t as great as it could have been, but it ends up being much better than most of the Defenders issues that preceded it. 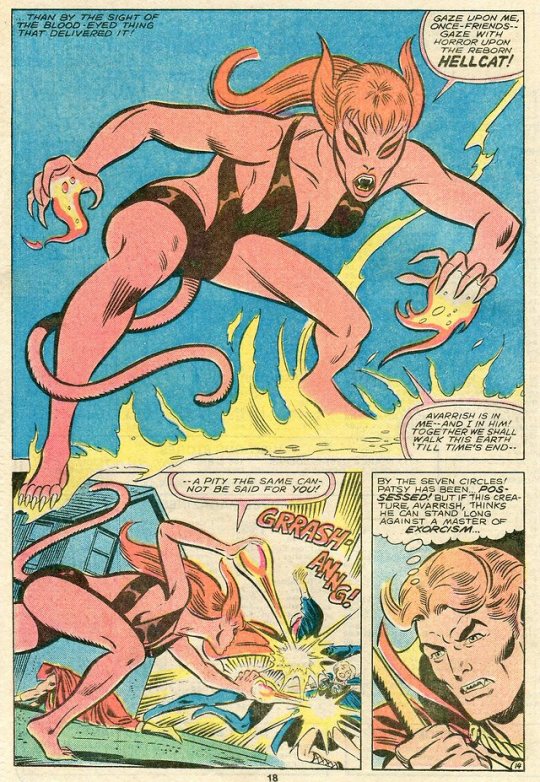 Essentially, the six fingers are six demons who team up to form a “hand.”  Son of Satan is a key player in any story involving demons, as is Dr. strange, of course.  Val and Hellcat round out the ever-changing team roster this issue.

And yes, that cover, which features the demonified Hellcat, is by the great Michael Golden.

I love his art. I hadn’t thought of this before, but were the Defenders really the first Justice League Dark? I know The Avengers was a response to the Justice League, and Nighthawk was intended as a direct analog of Batman, but hey, Marvel gets the credit for the first weirdo mystic team.