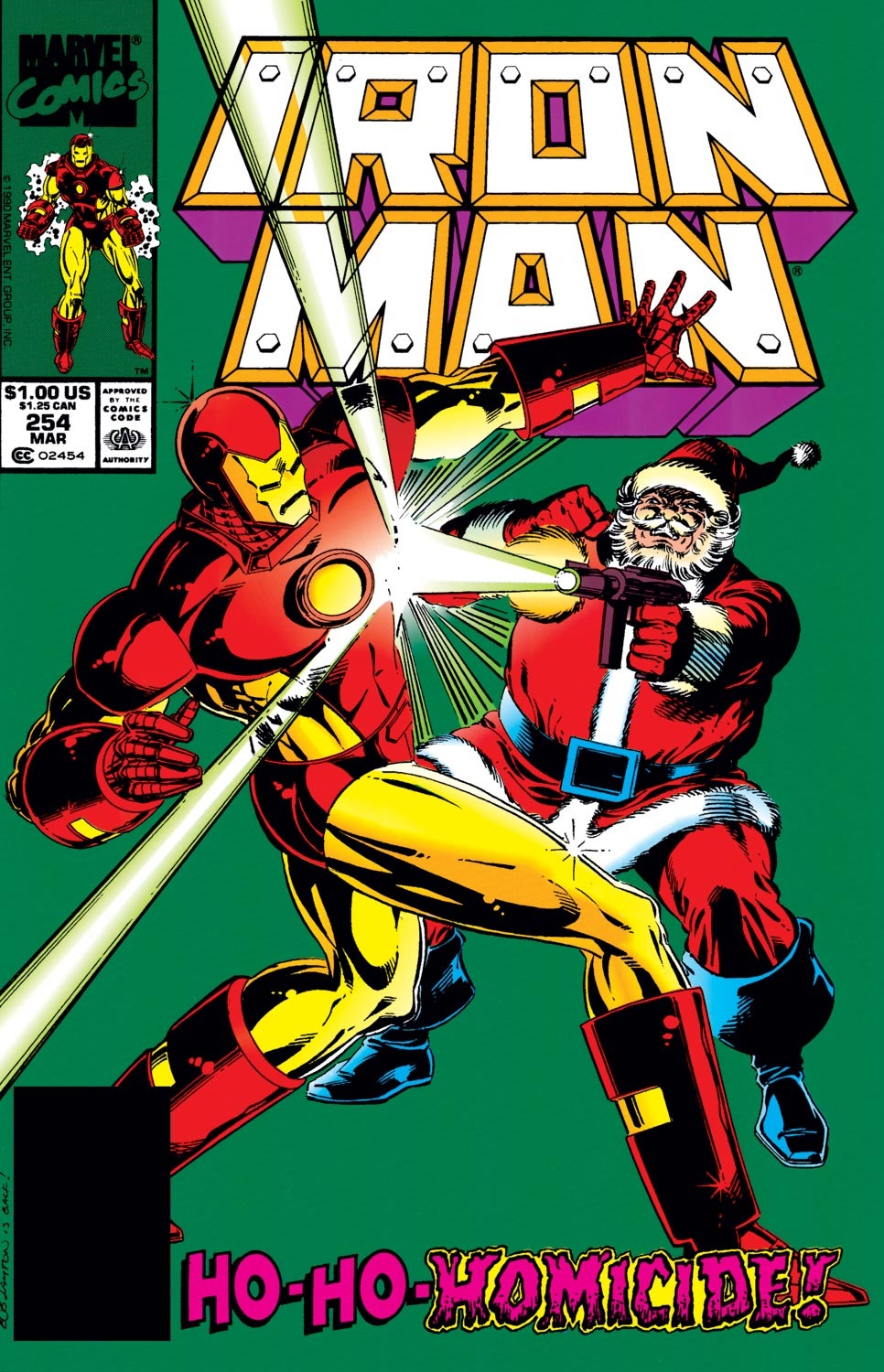 Fortunately, after three fill-in issues of mediocre quality, Bob Layton returns to draw (yay!) and write another Iron Man story.  Unfortunately, this issue is also a fill-in.  The Michelinie/Layton era is over, and this is just clean-up. 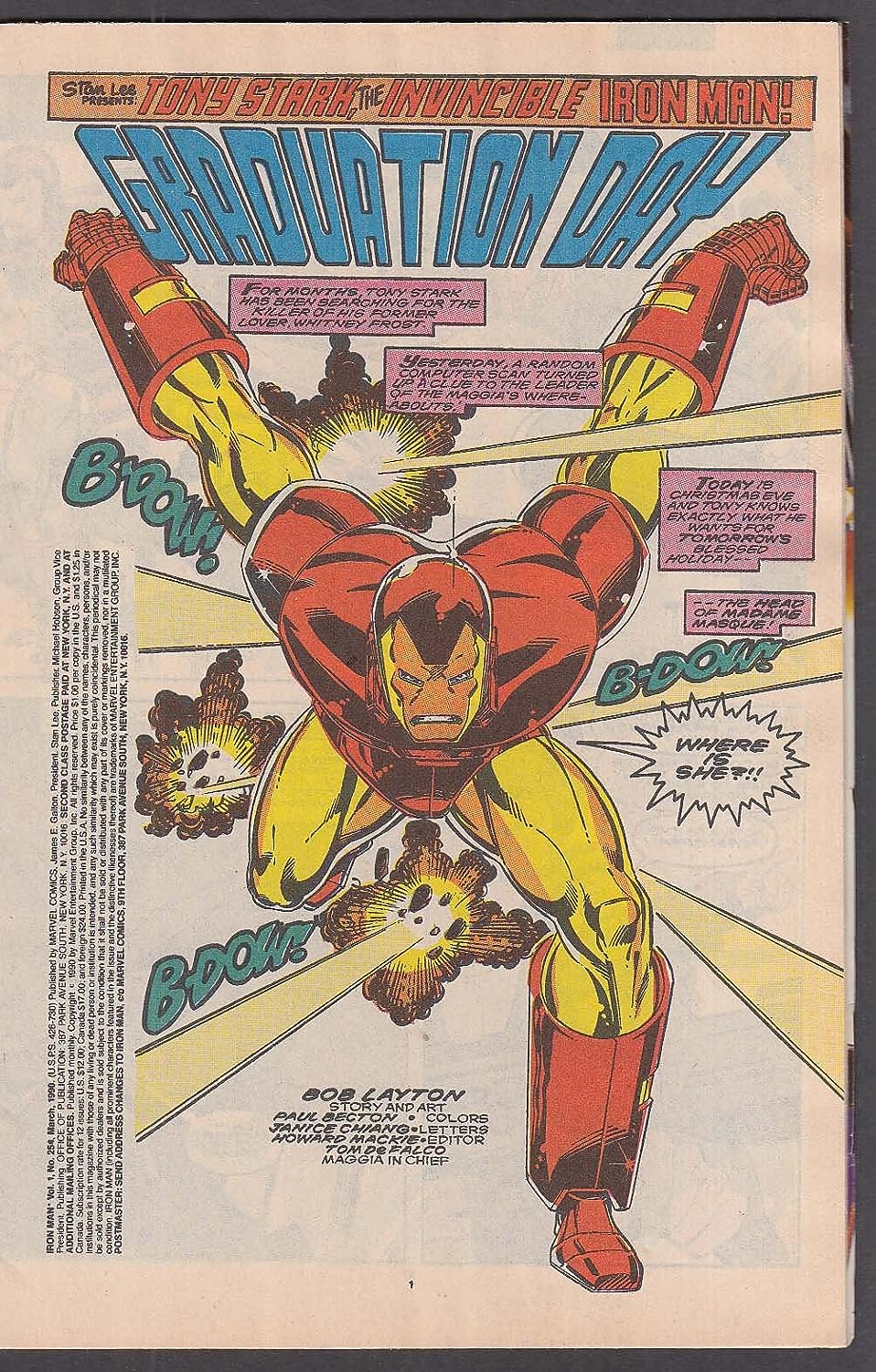 Specifically, it’s cleaning up the storyline from the second Michelinie/Layton run that involved the murder of Whitney “Madame Masque” Frost by a second, new Madame Masque.

And not only is there a mysterious new person behind the Masque, there’s also going to be a new Spymaster—Taskmaster is holding auditions and overseeing a cage match grand-finale where the contestants fight to the death. The idea is that Justin Hammer needs his own version of senior assassin—the way Kingpin has had Bullseye and Elektra—to do his dirty work in the industrial war against Tony Stark.

By the end of the issue, Iron Man and Spymaster fight at a children’s benefit and Iron Man lets the bad guy go because, hey, it’s Christmas. Creator: Bob Layton
Grade: Lots of good set-up here, terrific art, solid character work…But that ending…If you can accept Iron Man letting a guy go who literally dresses like Santa Clause to sneak into—and cause violence at—a children’s event, this gets a B.  If you can’t (and I can’t), it doesn’t rise above a C.