Anyone else find it annoying when editor in chief Jim Shooter feels the need to insert himself as a plotter?  I mean, I know Stan Lee put his name and face all over everything, but at least he was the cocreator of just about everything worth knowing about at Marvel.  Shooter was just a punk kid in a hat.  Don’t get me wrong—I think his era as EiC was the best in Marvel’s history in terms of consistency across the brand—it just feels egotistical.  And any student of Marvel history knows that it was that ego that eventually ruined both Shooter and Marvel itself. 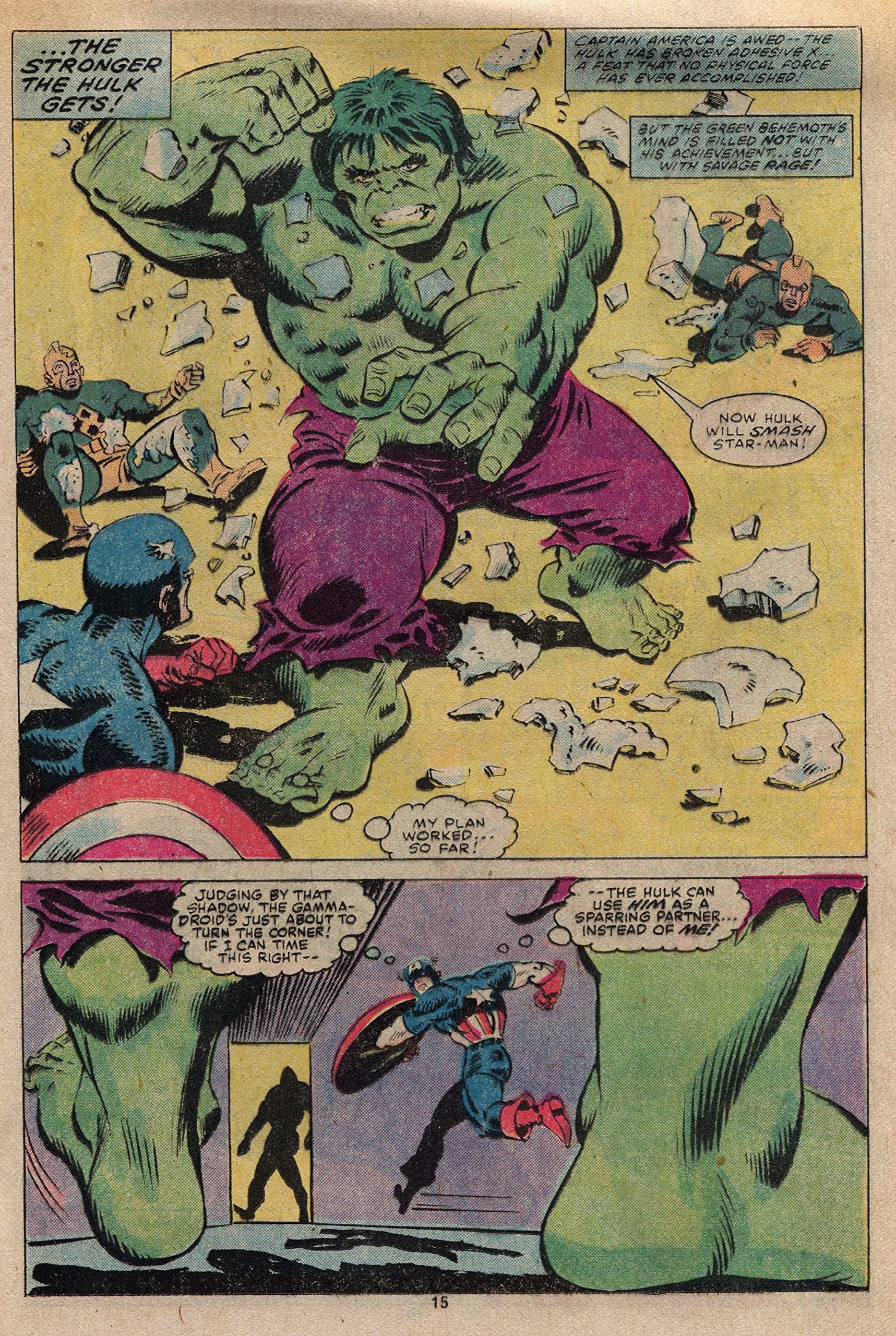 Anyway, for now it’s another fill-in issue.  They’ll continue until mighty Mike Zeck and the great J.M. DeMatteis take over in issue #261. And to make matters worse, this one is inked by “Many Hands,” which always produces a lopsided, inconsistent comic.  I could barely read this one, it was so bad.  Thankfully, it ends prematurely and we get some “humor” pages reprinted from Marvel’s attempt at self-satire, Not Brand Echh, at the back of the issue.

In the meantime, enjoy the complete lack of consistent perspective in the page above.  Hulk’s hands are as big as Cap’s body! No, he’s just a little bigger!  No, he’s about the same size!