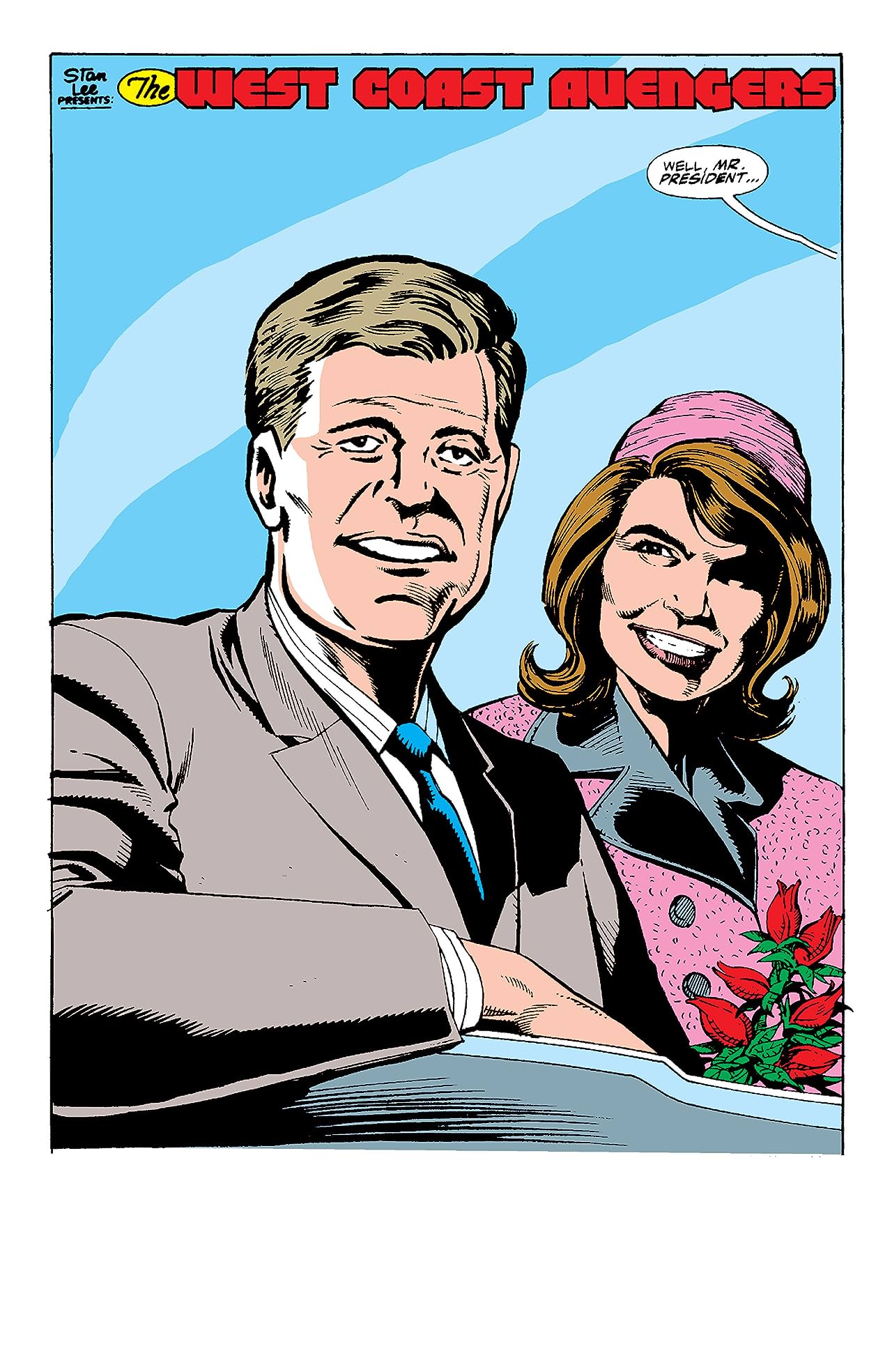 After two fill-in issues, Roy and Dann Thomas come aboard as writers and Paul Ryan joins as penciler.  It’s not terrible, but it’s not great, either.

They do a Scarlet Witch story, which frankly I think is a mistake.  John Byrne’s Witch stories were fantastic–the best I’ve ever read–so why follow up immediately with your own?

The ongoing plotline of Immortus changing history doesn’t end with architect John Byrne’s departure from this book.  This story starts with Immortus stopping the assassination of JFK by Lee Harvey Oswald—only to have the President shot by someone else, who is on the grassy knoll.  Cute.

Hawkeye re-joins, leaving Great Lakes Avengers in the capable management of Mockingbird, and immediately vies for a leadership position by demeaning USAgent to Wasp.  Not the best strategy for a real team leader, but it’s consistent with Hawkeye’s personality of acting/feeling superior to those around him—especially those with flags on their costumes.  And to his credit, USAgent is a jerk.

From there, we also have a continuation of the Scarlet Witch saga.  The team, along with Quicksilve rand Lockjaw, attack Magneto to “free” Scarlet Witch (who is his ally, not his prisoner).  After they defeat him (pretty easily), he appears to have been killed.  To which the team says.. 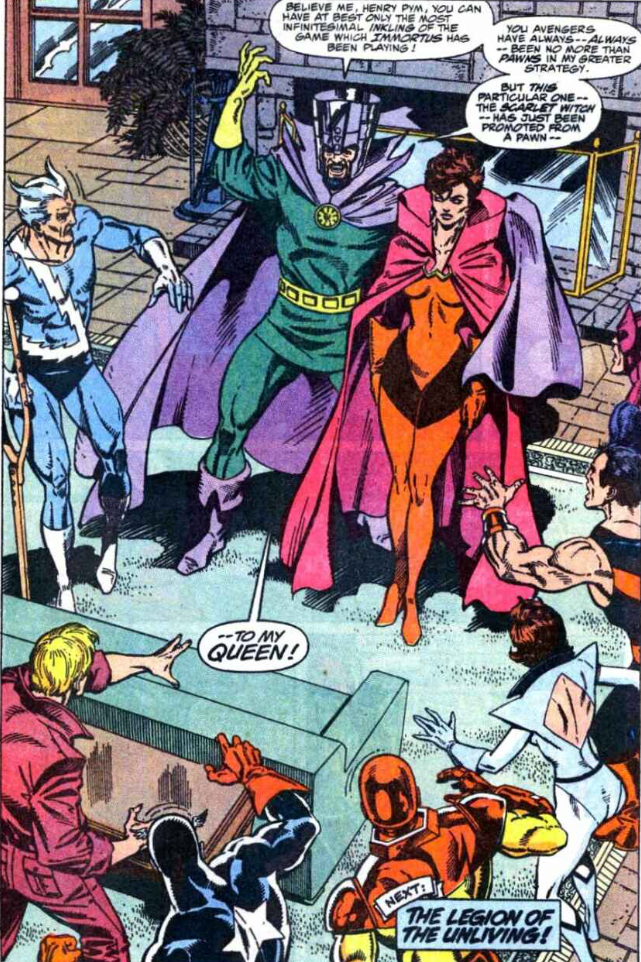 Immortus sends the whole gang to the Limbo dimension, where they have to fight The Legion of the Unliving—which includes the recently killed Original Human Torch and Iron Man 2020 (who isn’t unliving—he’s “yet to be” living). 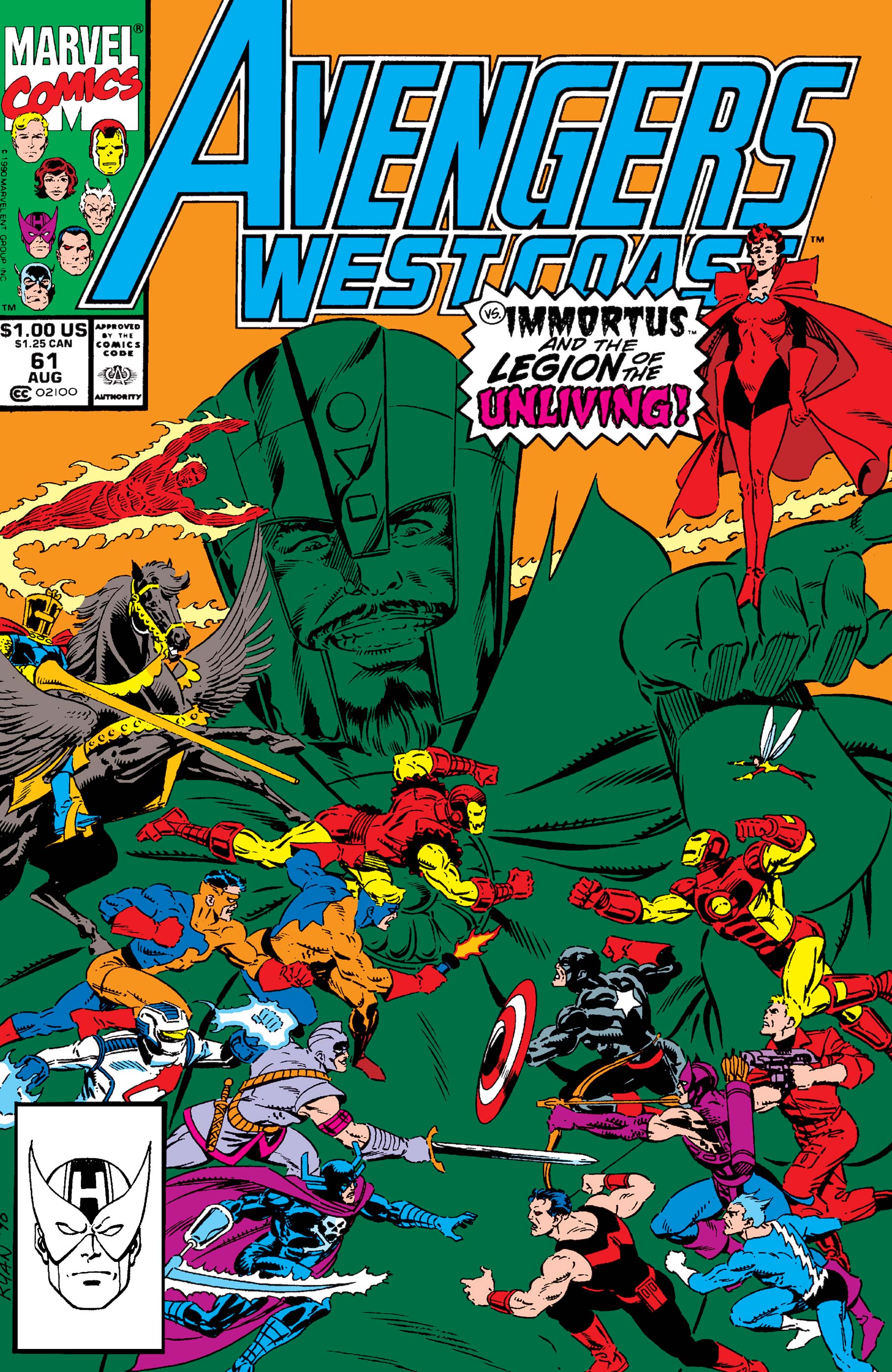 While they’re fighting, Agatha Harkness is doing some magic stuff to uncover Immortus’ real goal of being the timekeeper for all history. 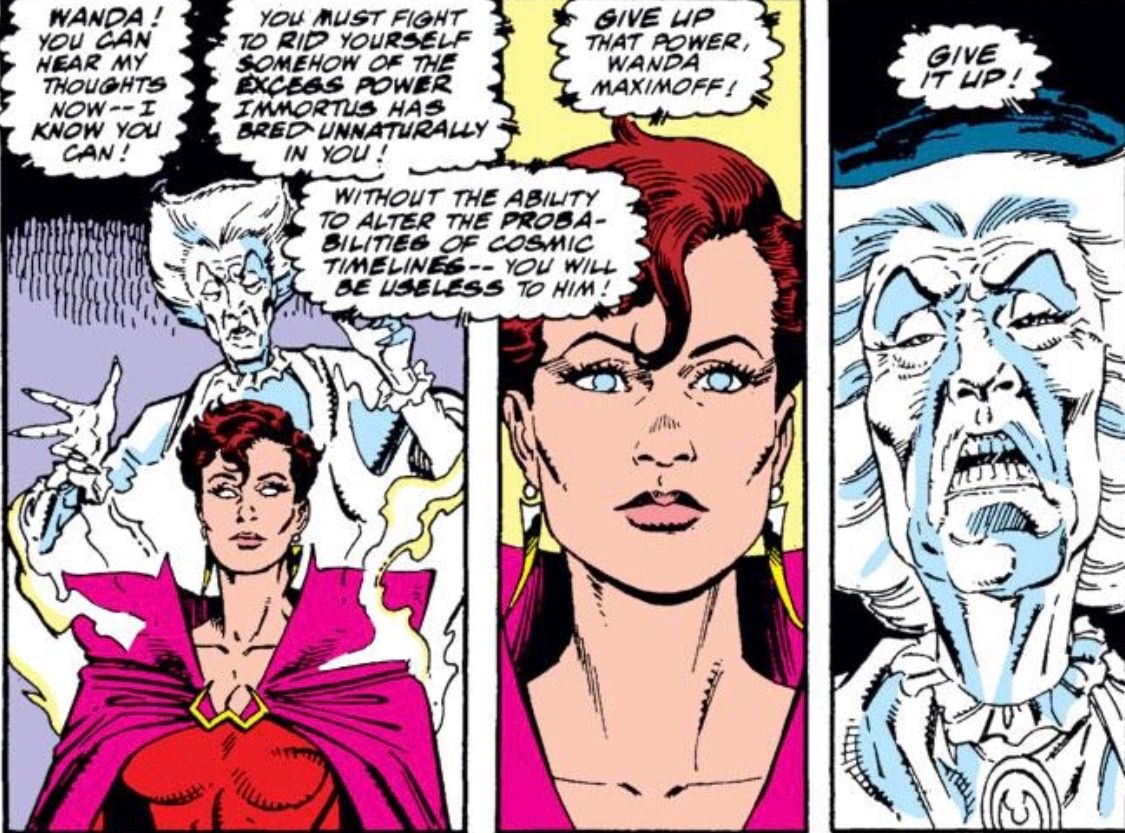 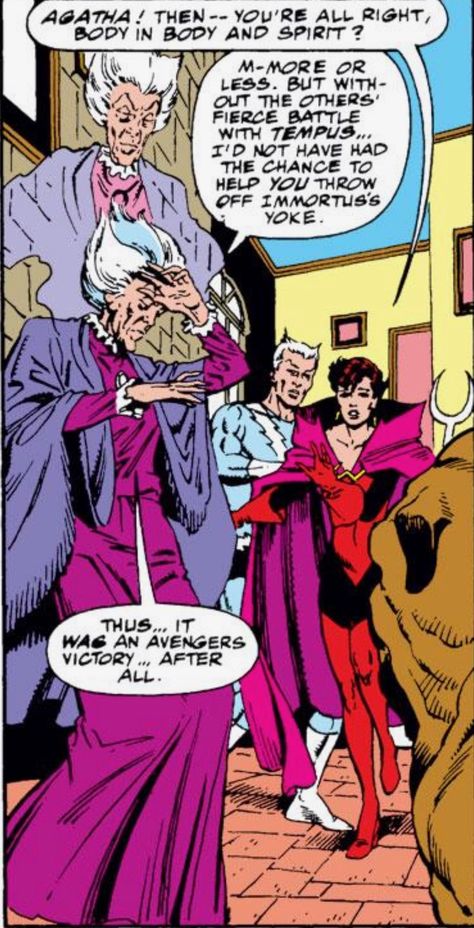 There’s a ton of exposition and linkages to past storylines from several years ago, and we learn that Scarlet Witch’s hex powers alter reality, which made controlling her key to Immortus’ ability to oversee all timelines.

I’m oversimplifying, but there’s very, very dense exposition here.  In the end, Wanda is freed from Immortus’ thrall when the “real” keepers of all time show up and paralyze him—so everything is back to “normal” again.

It’s not a bad conclusion to a very long and complex ongoing storyline that these creators inherited from John Byrne—not an easy feat. 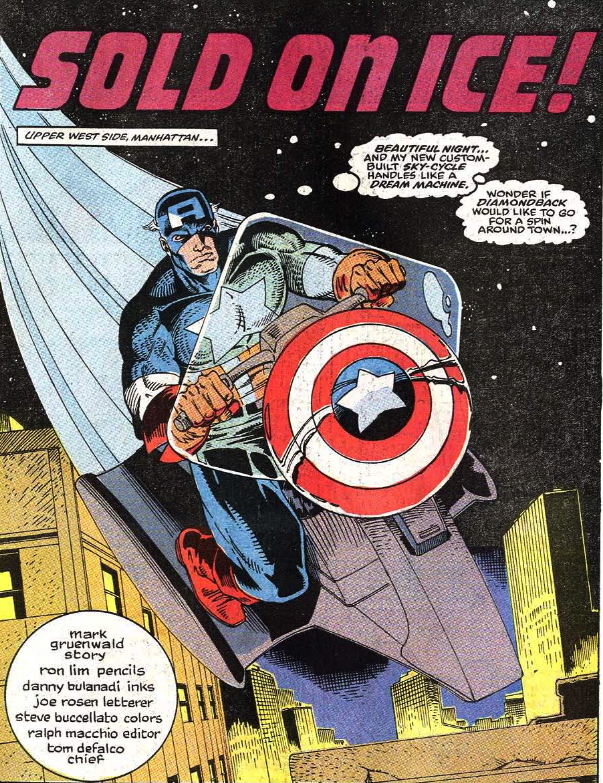 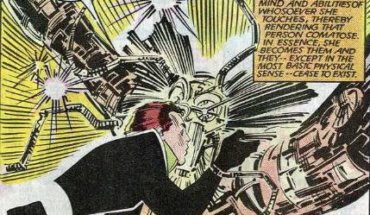 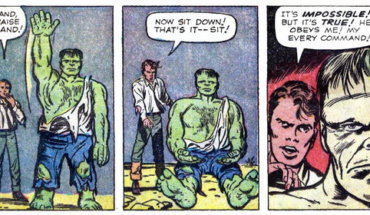