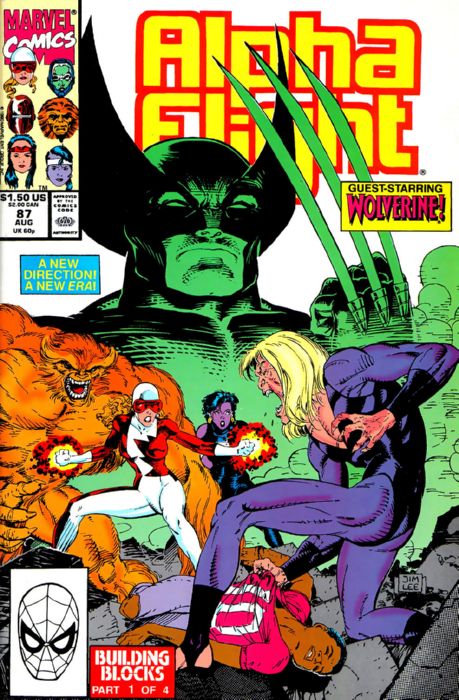 After two long-running and terrible creative teams, future superstar of the ‘90s Fabian Nicieza takes over Alpha Flight.  So here’s the question: Can a book that is approaching issue #100 but hasn’t been worth reading since it was a teenager bounce back?  Let’s find out. 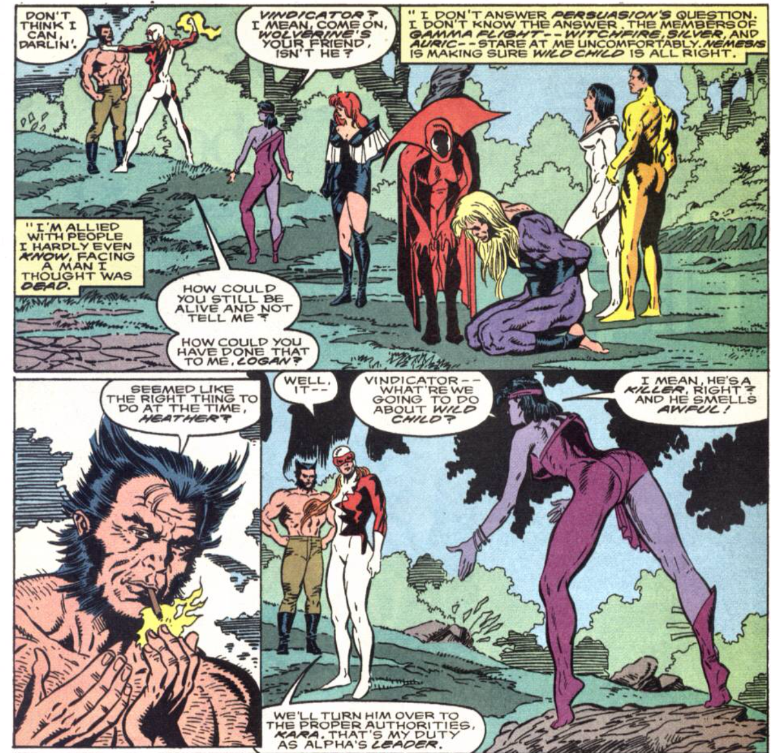 Nicieza starts by calling in the cavalry: Wolverine.  He teams up with his old friends for some Alpha-versus-Gamma Flight fighting and some team-based plotwork that restores Alpha Flight to its role as Canada’s premiere supergroup, brings Puck back (and makes him short again), and gets Heather to start using the codename Guardian—the name used by her dead husband.  Thus, Nicieza begins undoing the storylines of prior creators and, clearly, is trying to get this book back to where it was in the hands of John Byrne.

Meanwhile, Roxxon Corporation has a machine that’s going crazy and their corporate superdude, Windshear, fails to shut it down. This is the character’s first appearance, and although he joins Alpha Flight at the end of this story, he eventually branches out to other books—so he gets his own tag.  (Generally, members of Alpha Flight and their related foes don’t appear outside this comic so I haven’t been giving them their own tags.)

So they need an expert machine-maker to help them, and naturally, they think of Alpha Flight’s Madison Jeffries, who has the ability to control machines with his mind.  Note that Roxxon is located in the U.S., as is their crazy machine, but they don’t think of any of the dozens of U.S.-based tech dudes.  But Jeffries can’t help, so he sends them to an American who is now located in Scotland: Forge.

So Windshear goes to Muir Island to fight the all-new, all-nobody’s-heard-of X-Men team that is standing in for the real X-Men who have been scattered and forgotten due to the Siege Perilous.

I know what you’re thinking: Why is this an Alpha Flight story?  So far, it has very little to do with them and the scene with Jeffries is a throw-away.

That’s why.  As a result of this Windshear plotline, Forge discovers that the Roxxon saboteur is none other than the long-dead James Hudson, the original Guardian. 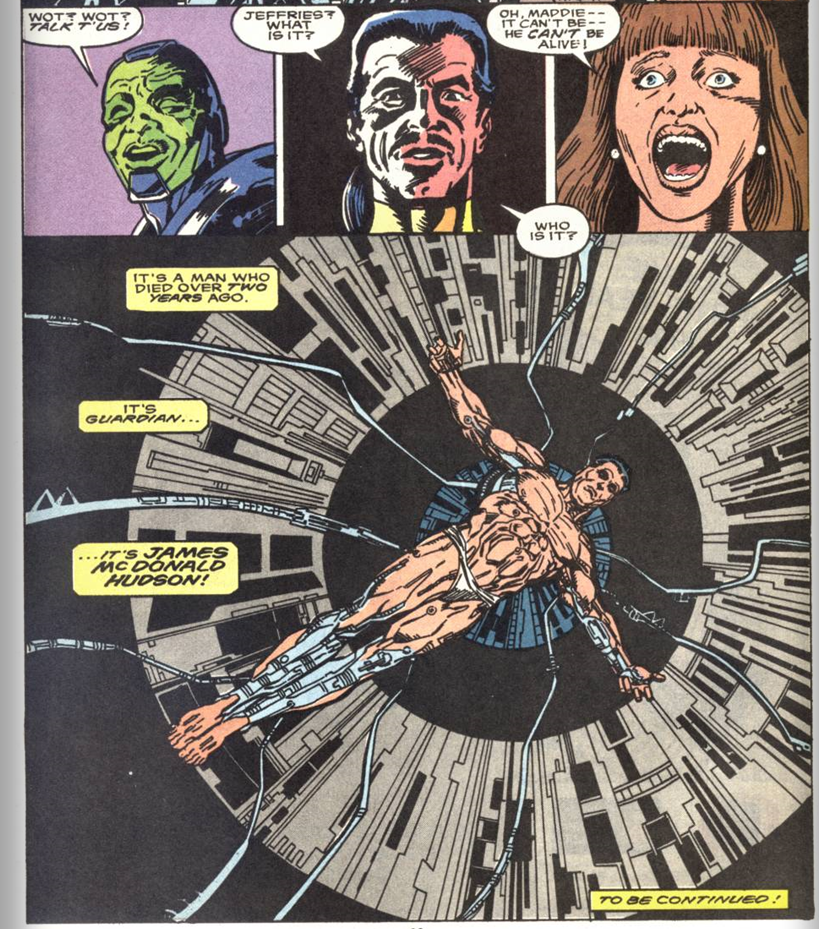 How does he return?  Well, remember a long, long time ago when he returned from the dead saying he’d been rescued just before the explosion that killed him by aliens who teleported him to outer space?  But that story was ridiculous and he turned out to be a robot, in a very cool John Byrne fake-out?

Well, turns out he WAS kidnapped by this aliens and they’ve been manhandling him all this time.

Again, we’re getting the original team back together.  I was cool with erasing the stupid storylines like making Puck tall, but this is undermining Byrne’s own original vision.  Not cool.

And we close with the obligatory group shot.

Actually, we don’t.  There’s a couple more pages setting up Dr. Doom as the next villain.

Not terrible overall as an attempt to get “back to center,” but bringing back Guardian is almost as bad as bringing back Jean Grey.  It just undoes a meaningful and powerful death scene, and really undermines Heather Hudson’s character as the emerging leader.

But overall, this is way better than anything we’ve seen in the pages of Alpha Flight for well over 5 years.