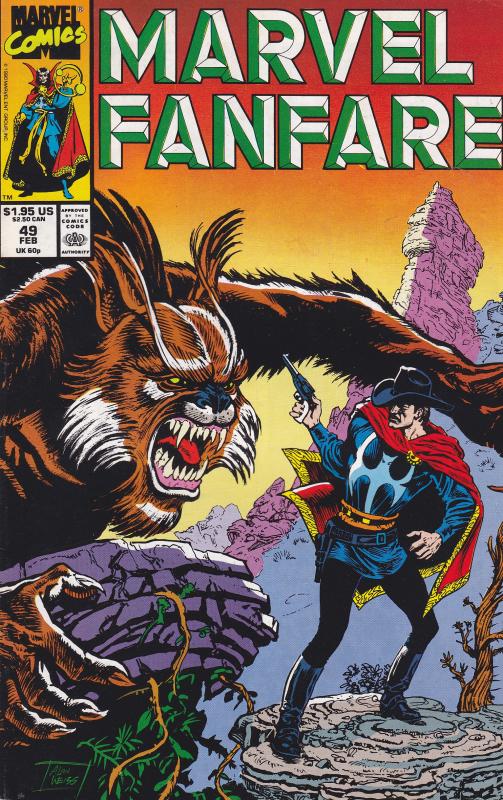 Yee-haw!  It’s an all-Western issue!  First, Doctor Strange goes back to the Wild West (the year 1883 to e exact), and he brings Nick Fury and Dum Dum Dugan with him.  What’s weird though is that the plot, inasmuch as I could follow it, involves them stopping the ghost of a Native American from getting vengeance on white settlers who did him dirty and took his land.  Hm.

Nice art though.  I dig Alan Weiss as an artist, but maybe he should stay away from scripting.

In a kinda neat transition, the second story in this issue starts right after the Dr. Strange one ends, in the same town, but it doesn’t include Strange.  It’s a Two-Gun Kid tale.  Pretty straightforward.