In this issue, we meet fashion designer Roderick Kingsley.  He’s played as a gay stereotype, which would be offensive if it weren’t for the fact that we know Kingsley will actually end up being one of the best-kept secret criminal masterminds in Marvel history: The Hobgoblin.  So I’m going to give Roger Stern credit for overemphasizing the type, rather than call him homophobic, and assume Kingsley is consciously playing a part to make sure nobody suspects him of being a really, really evil guy.

Also, we know that Roderick has a twin brother named Daniel, who often sits in for him while he’s doing his bad guy stuff.  We can assume that acting as a trope is easier than acting like a person with depth and detail, so that’s another reason to play up this persona.  Assuming, of course, that Roger Stern knew from the beginning that he was creating a supervillain—some of this could have been retconned later, as Stern realized that the mystery of the Hobgoblin’s identity was becoming a big story for comic book fans.  I’m going to assume it was all intentional, though, particularly because there’s really no other reason to have a battle between fashion designers in a Spider-Man book.

In this story, his first appearance, his studio is raided by a competitor fashion designer named Belladonna.  She’s upset because she thinks she’s better at their craft, but…She dresses like The Joker. 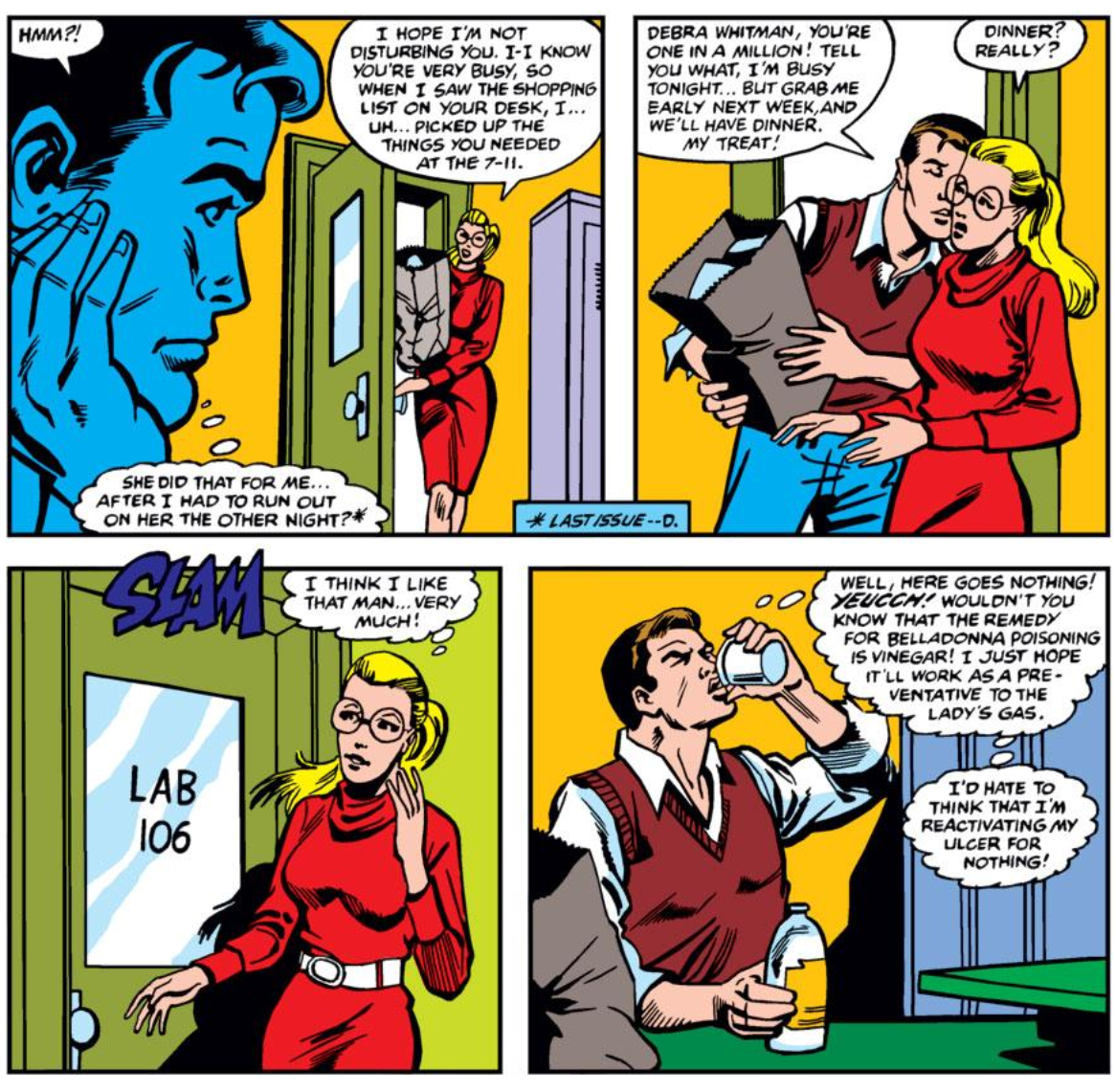 We also meet Debbie, Peter’s new love interest, who for now is content to be ignored and taken for granted and still thinks she “really likes” Peter Parker.  Women in 1980s comics, amirite?

This is the first Roger Stern Spider-Man script.  Stern is easily one of the top 5 writers of Spider-Man of all time.  However, his greatness didn’t become apparent until his run on Amazing Spider-Man with #244.  This work is fine, it’s just not great.  Ditto Zeck’s art.  He’s my favorite Punisher and Captain America artist, but on Spider-Man his bulky style isn’t as suitable.