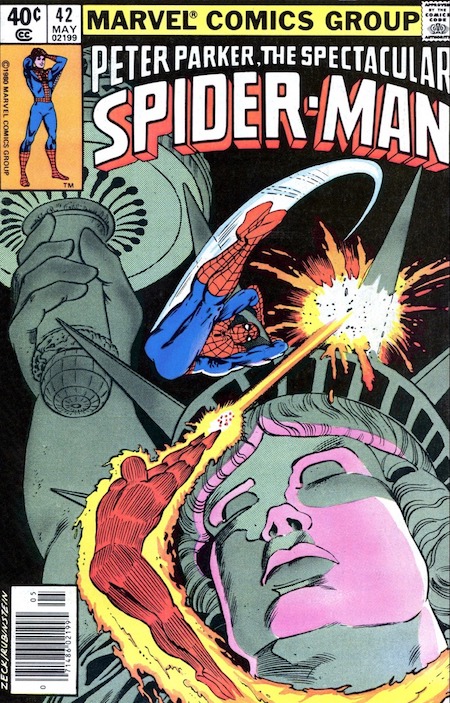 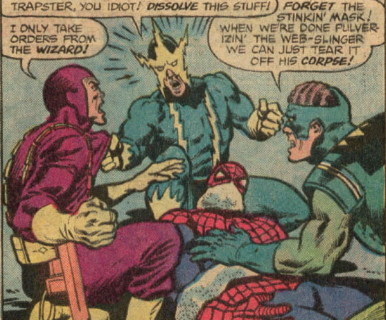 Since Bill Mantlo is filling in on writing chores on Fantastic Four after Wolfman’s abrupt departure as both writer and editor, it makes sense that there’s a Spidey crossover–Mantlo was a regular writer on Peter Parker the Spectacular Spider-Man #42, after all.

The new Frightful Four trick Spider-Man into going to the Statue of Liberty on the pretense that Human Torch will be there.  So they’re smart enough to do that, and powerful enough to beat him up, but then when they want to unmask him, they realize that Paste Pot Pete glued the mask to his face.  Also, they don’t kill him.  Instead, they take him to the Baxter Building, where the Fantastic Four easily defeat them.

It’s like two wholly different stories.  In the PPTSS issue, these guys are cunning enough to beat Spidey, but in the FF issue they’re really a bunch of numbnuts who are very easily defeated.

Still, it’s funny and I guess somewhat realistic: These are villains with awesome power but not a lot of teamwork skills.  Also, it’s very cool to see two of my favorite 1980s artists splitting duties on a story. 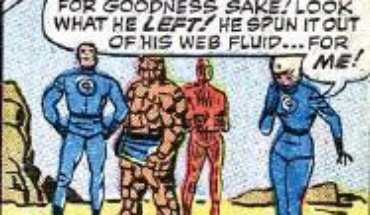 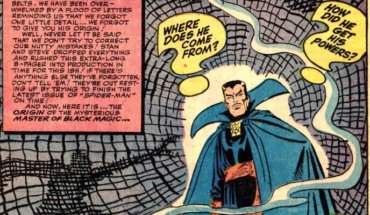