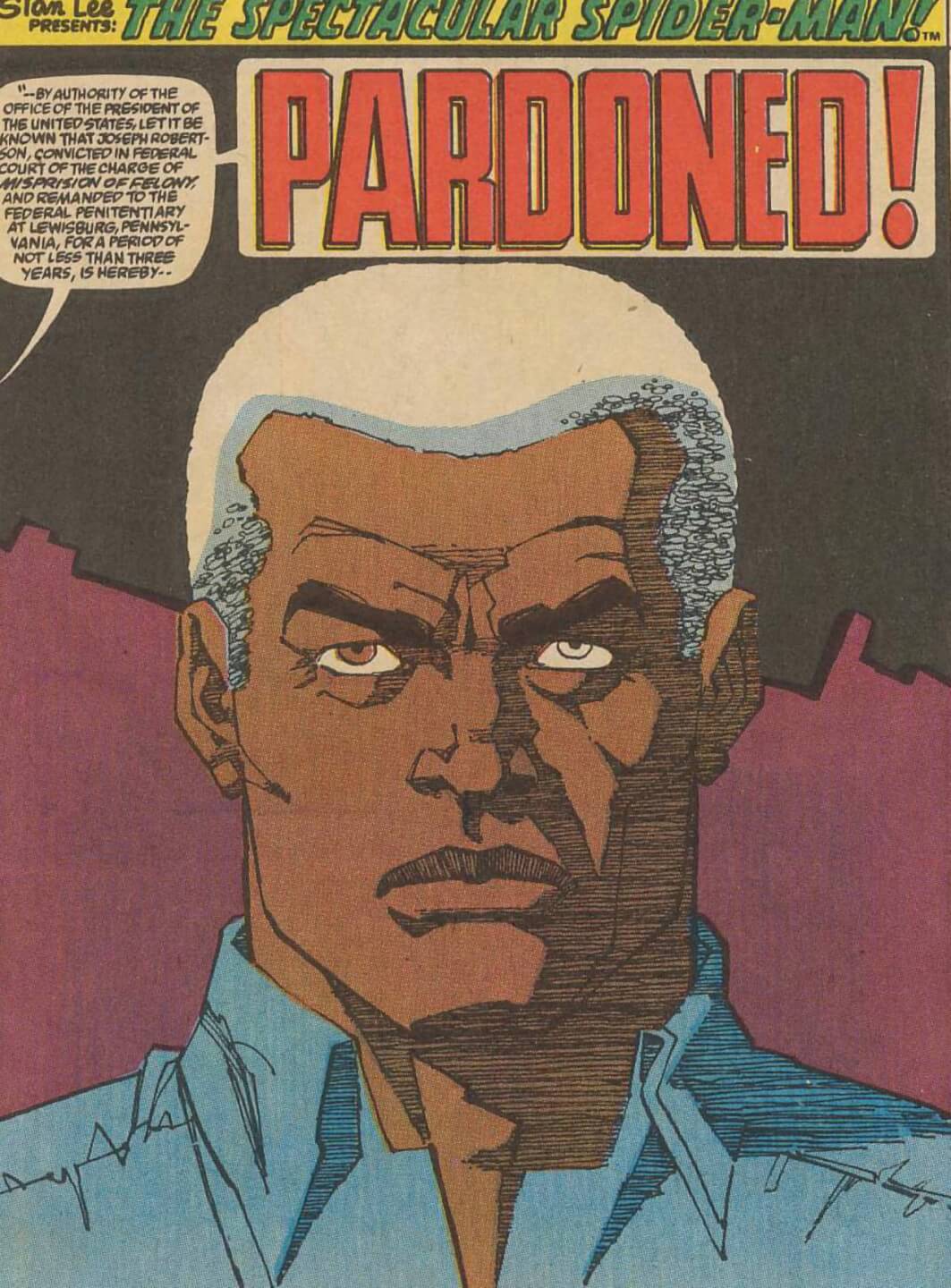 For about a year, Daily Bugle editor and long-running supporting character Joe “Robbie” Robertson has been “forced” to commit all kinds of crimes, including escaping from prison, because of an old connection to Tombstone.  In this issue, he returns from hiding and is pardoned for all these recent actions.  But Tombstone’s still pissed about it.  Hobgoblin, who is trying to get in good with Hammerhead and Tombstone’s crime gang, decides he’ll kill Robertson as a gift to the crimelords.  Tombstone doesn’t want him to, though.  Tombstone wants to kill Robbie himself.  But that doesn’t stop Hobby.

There’s a cameo by Reed Richards, who is studying a sample of Carrion’s skin—which contains a contagion—after Spider-Man’s recent run in with the character in Spectacular Spider-Man #149.

I only mention that because it’s probably going to be important at some point.

So, inevitably, Spider-Man has to save Robbie.  But he’s with Reed when Hobgoblin first attacks—during Robbie’s “pardon party.”  The party is being thrown by the new editor of the Bugle, who has powers of his own.

Eventually, Spider-Man joins the fray as well and saves the day. 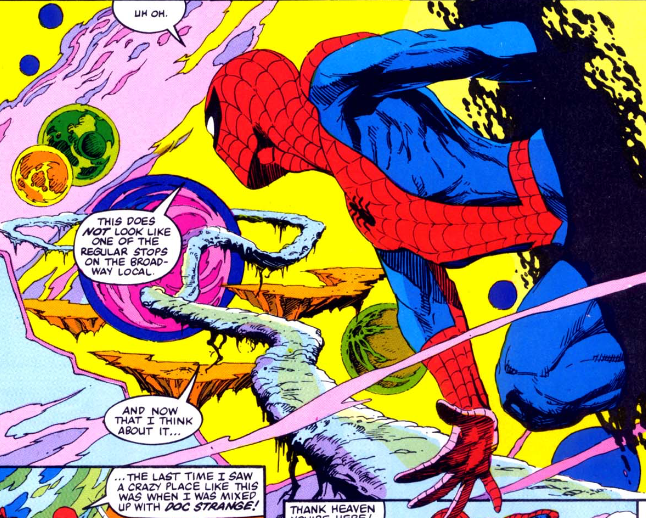 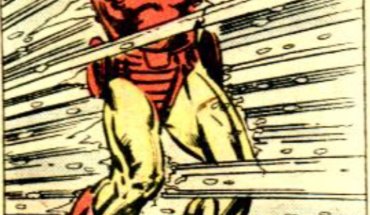