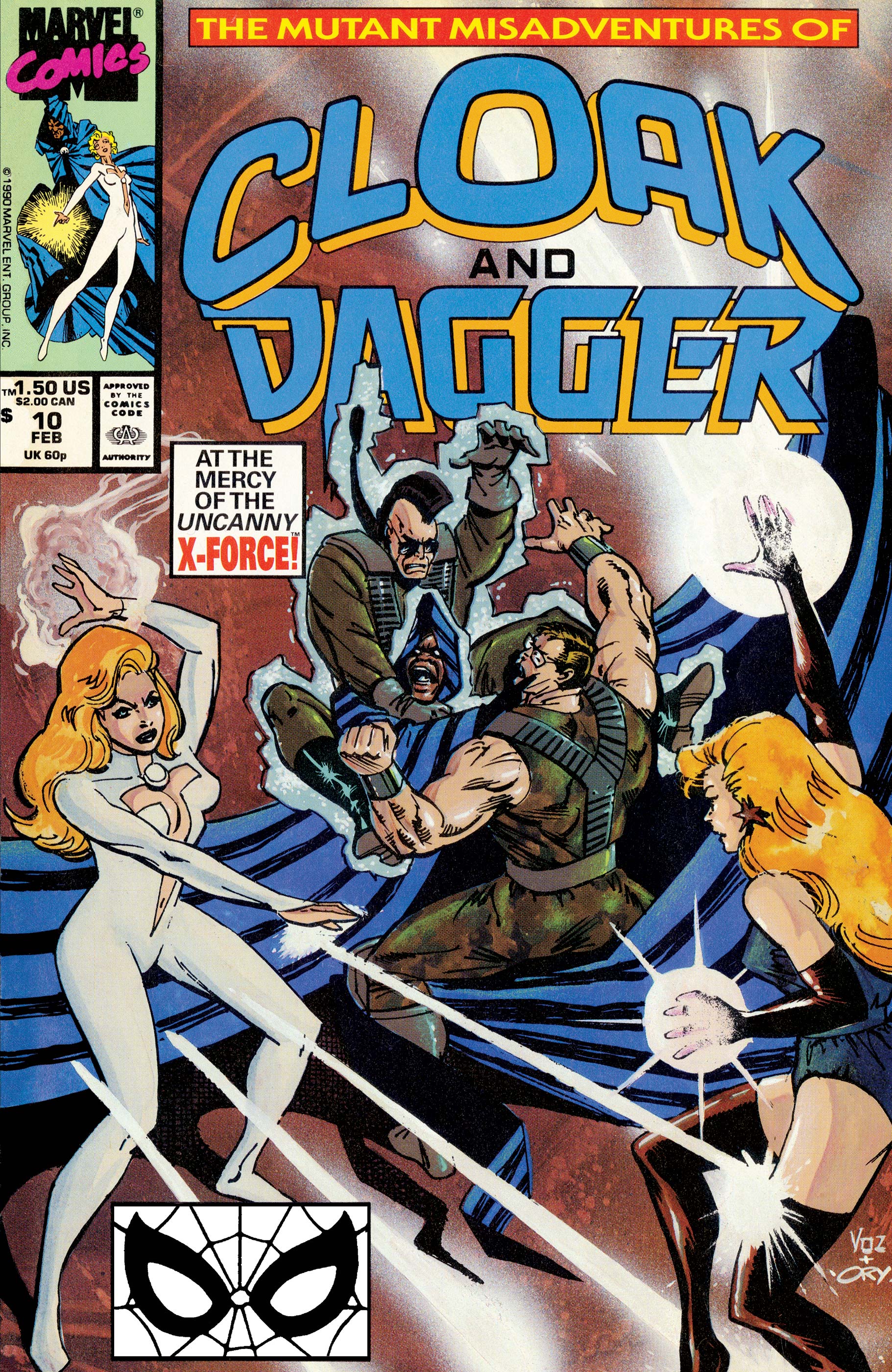 Nothing about this issue makes sense.  As you can tell from the cover, this is the first appearance of X-Force.  In a Cloak and Dagger book.

And their existence is explained as the government no longer trusting Mystique’s mutant-comprised “Freedom Force” because of their behavior during Acts of Vengeance, so the government formed a SECOND group of mutants who are named member of the X-Men—who themselves are complete outlaws and fugitives.

By the end of the issue, these new “heroes” have been revealed as villains (surprise!) and they’re gone.

Creators: Terry Austin, Mike Vosburg
Grade: F.  A cover that promises a new team, but instead gives us a lifeless copy in a one-time appearance.