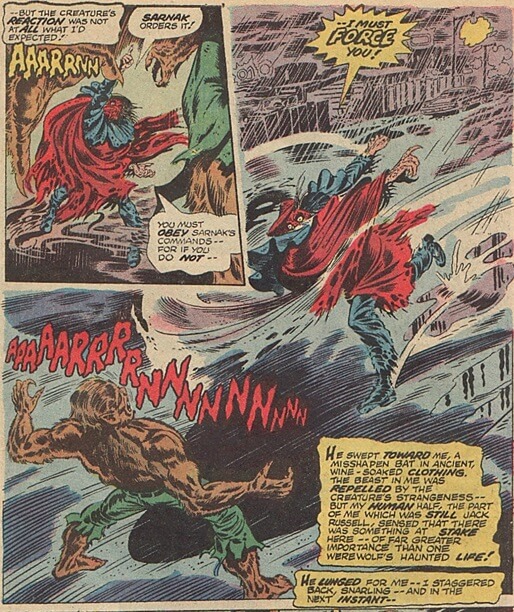 As I’ve said before, I’m not reviewing every issue of this book (or Tomb or Dracula, or Frankenstein) because I don’t think they’re actually canonical.  I’m only reviewing exceptions that clearly tie to the main Marvel Universe.  This issue gets in because it introduces Tatterdemalion.

“Who?” you ask…Well, Tatterdemalion is basically a hobo armed with gloves that dissolve stuff.  That makes him sound stupid, but his look is truly creepy and he’s also got a scarf with weights on it that he swings around as a weapon.  I first encountered him in Marvel Team-Up #93, and never got him out of my head.  Much later, he becomes a member of Night Shift and fights the West Coast Avengers.  He also became a minor Thunderbolt during the first Marvel Civil War.

Note: He doesn’t get the name Tatterdemalion in Werewolf By Night, but it is the first appearance of the character.  It isn’t until Marvel Team-Up #93 that he gets his name, when Spider-Man again teams up with Jack Russell.  A full seven years later, and writer Steven Grant remembered the character.  Of course, Grant also created Moon Knight in the pages of WWBN, no it’s not a surprise that he had researched the character.  But when he came back, he looked pretty different…

We start with Peter Parker in Los Angeles covering a gala opening of a jazz club that gets interrupted by one of my favorite villains: Tatterdemalion!  And this time, he’s much more thought out.  He looks like a homeless man (appropriate for L.A., given their homeless problem), and his goal is to destroy wealth—not take it for himself.  He enters the room proclaiming proudly how offensive he smells, and then starts burning money. 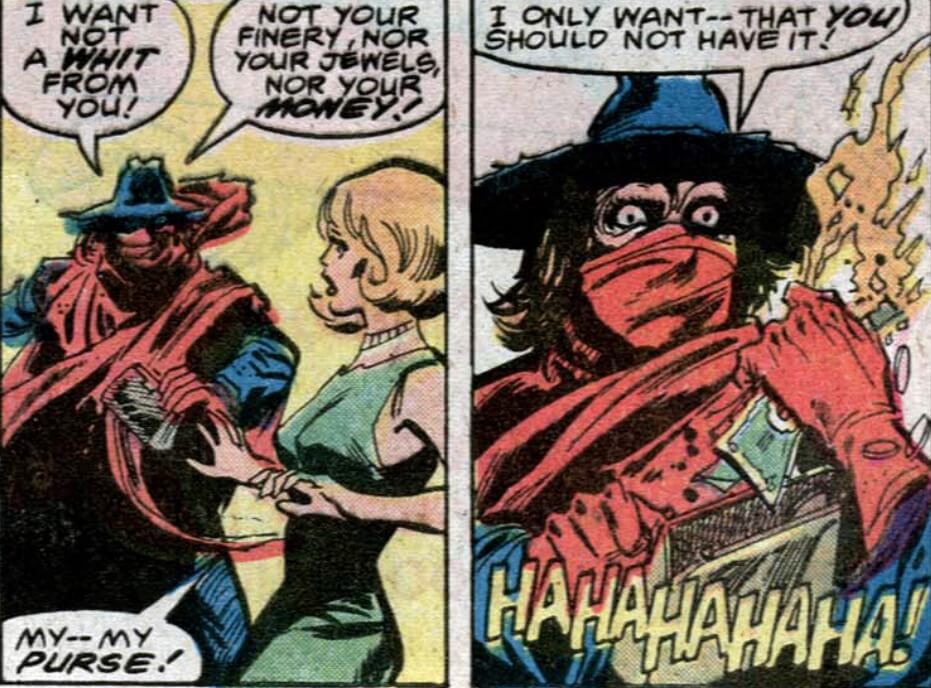 This was also when he got the weighted scarf.  He’s lost the England/1800s look, and was really more of a frightening character.   And that was the where I first saw him.  For some reason the idea of a homeless dude with a weighted scarf scared the crap out of me when I was ten.

Anyway, at this point, we learn that Shroud happens to be at the club and he uses his darkness power so that fellow clubbers Spider-Man and Werewolf By Night can fight Tatterdemalion without revealing their secret identities.

Of course, instead of taking down the villain, Spidey fights Werewolf (to be fair, he doesn’t know that WbN can now control himself in wolf-form, because Spider-Man didn’t read Spider Woman #19), and this enables the villain to escape. 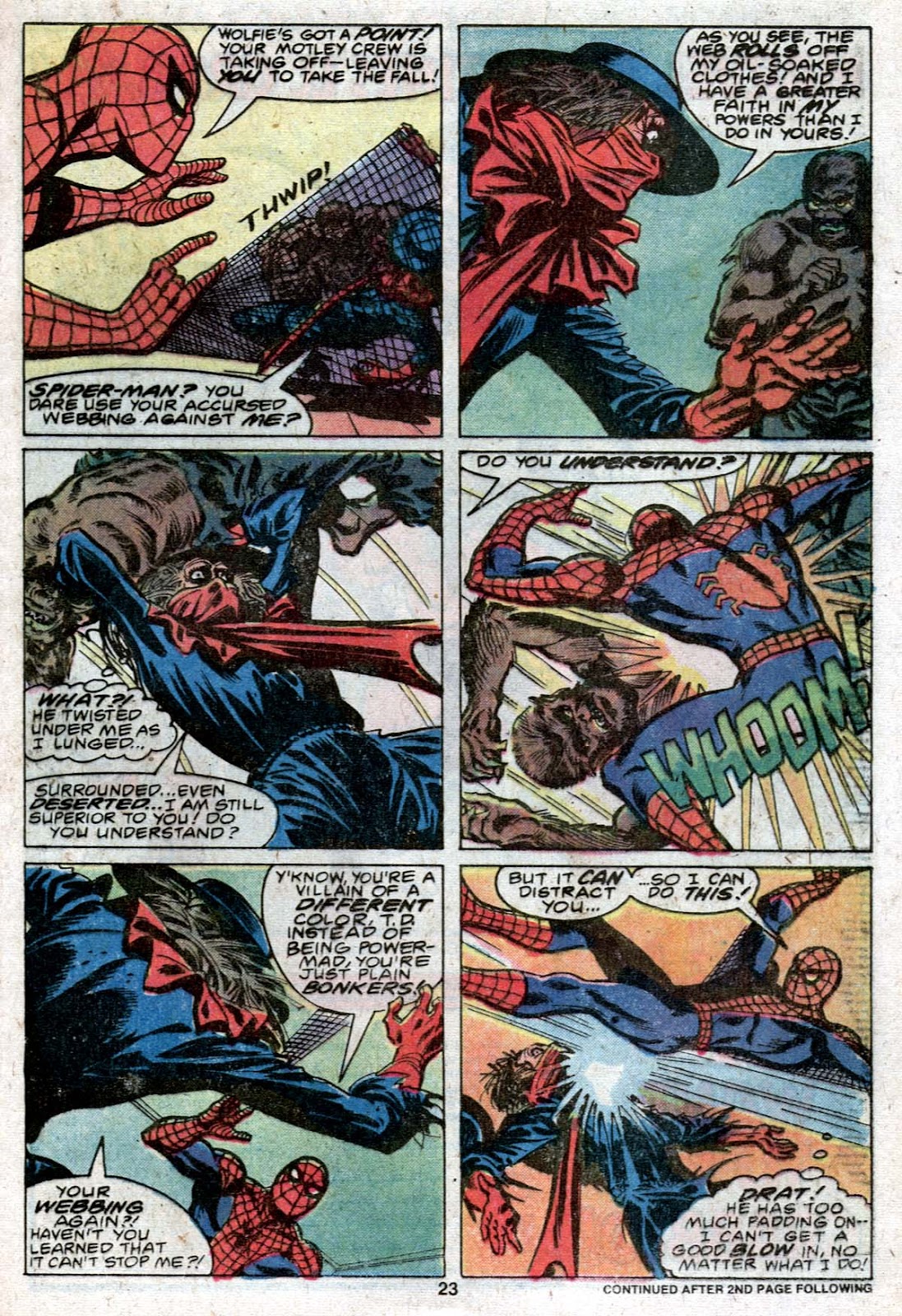 Eventually, the heroes fight Tatterdemalion together (and he holds his own for a while!).

Tatterdemalion has a horde of homeless people who work for him, and we see him unmasked (or “unscarved”). He’s nasty looking, of course. 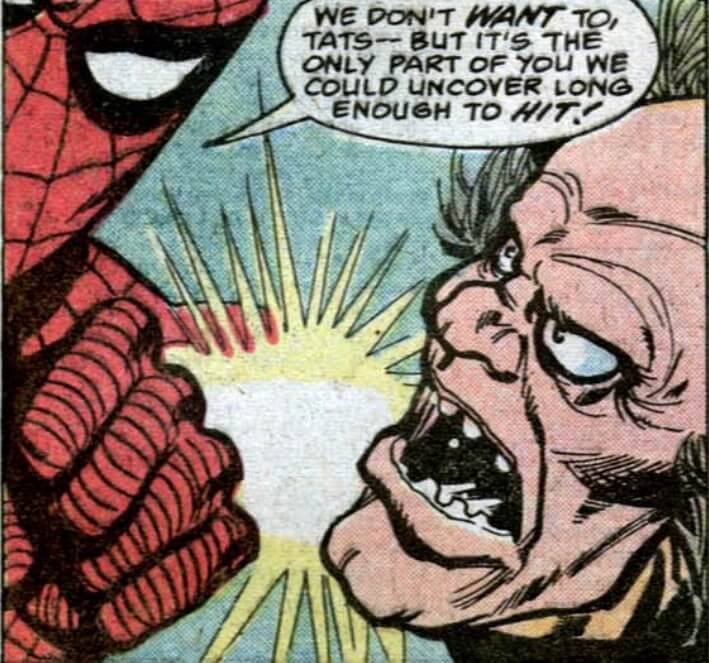 Issue #93 ends as a cliffhanger but it’s really hanging you into a brand new story so I’m not covering that last page here. 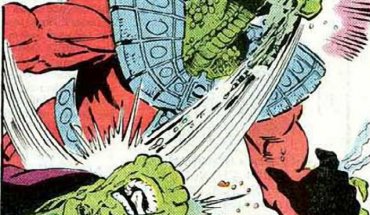 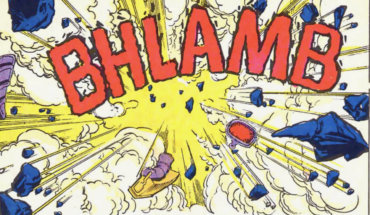 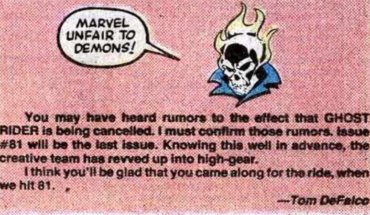