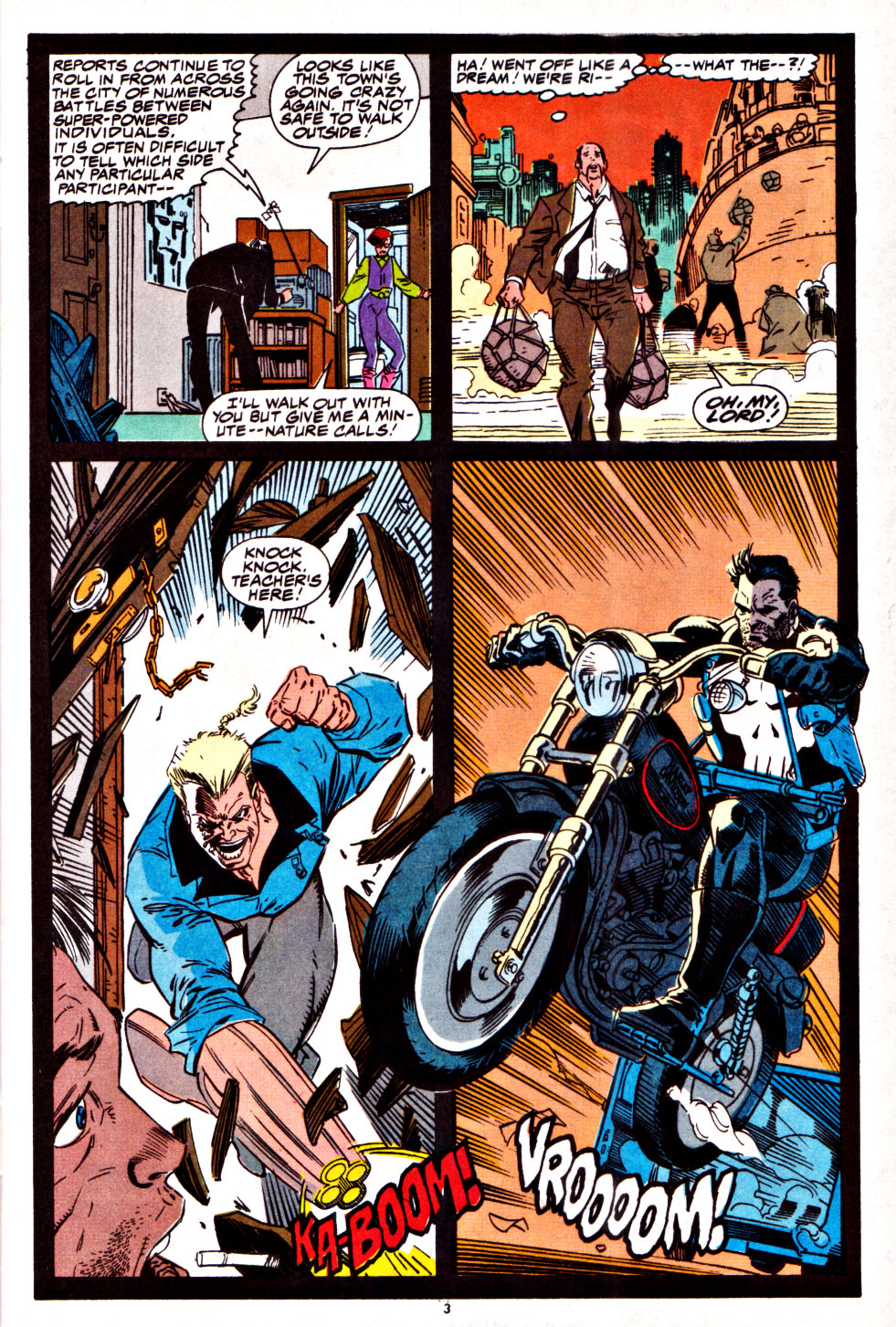 The beginning of issue #12 is pretty cool—each page is a set of side-by-side panels (see above) showing Punisher and Bushwacker doing similar things in different contexts.

This is the Acts of Vengeance tie-in: Kingpin hires Bushwacker to kill Punisher.

Bushwacker at first doesn’t want to take the contract—because he’s a Daredevil villain—so Loki, the God of Mischief, gets involved and tells him that Punisher is friends with DD and his death will hurt Daredevil.  It’s nice to see Loki “stirring the pot” because he doesn’t do nearly enough of that in the Acts of Vengeance event. 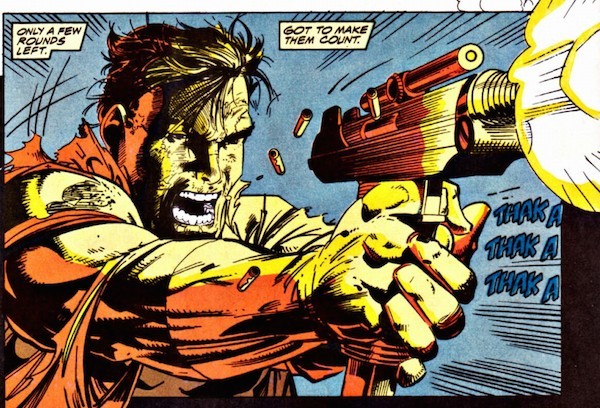 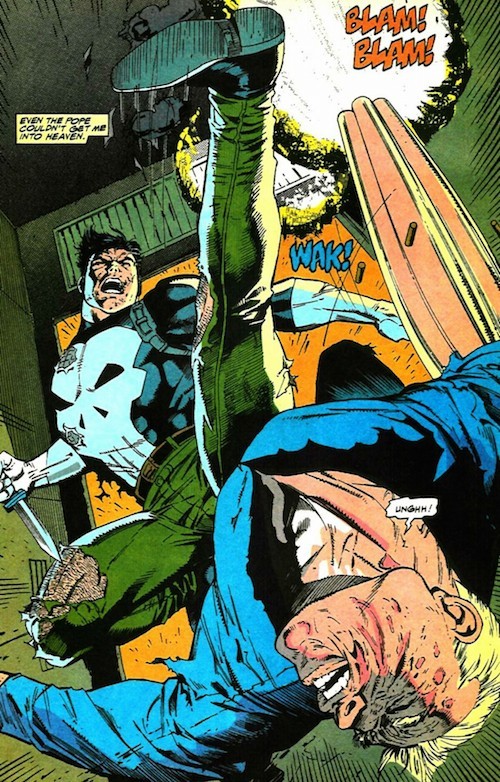 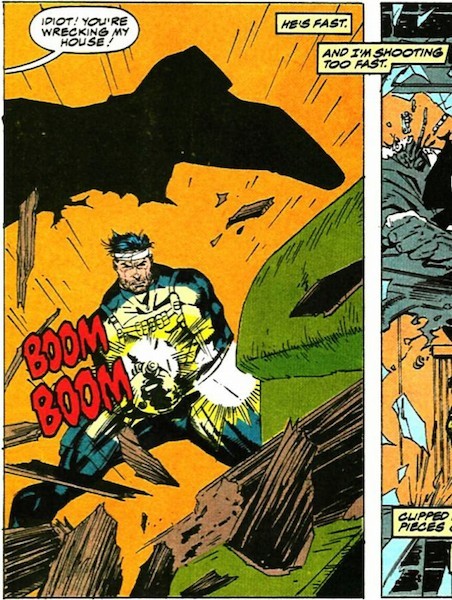 And kicking in doors.  And then…. 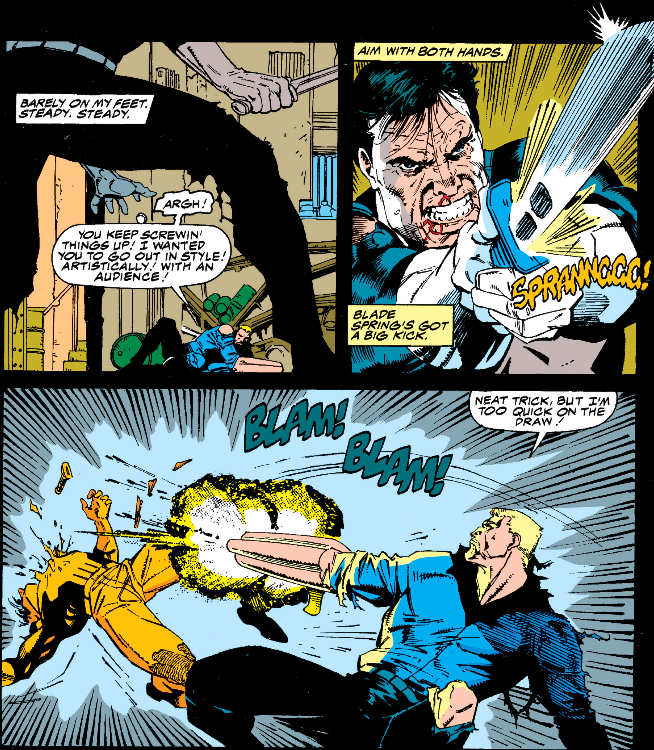 Bushwacker, who can turn any part of his body into a firearm, blasts Punisher in the chest but refuses to kill him because he wants Punisher to “confess” and Pun won’t do that.  I’m not sure I buy this as a story device, but it means Punisher is left bloody and beaten but not dead. 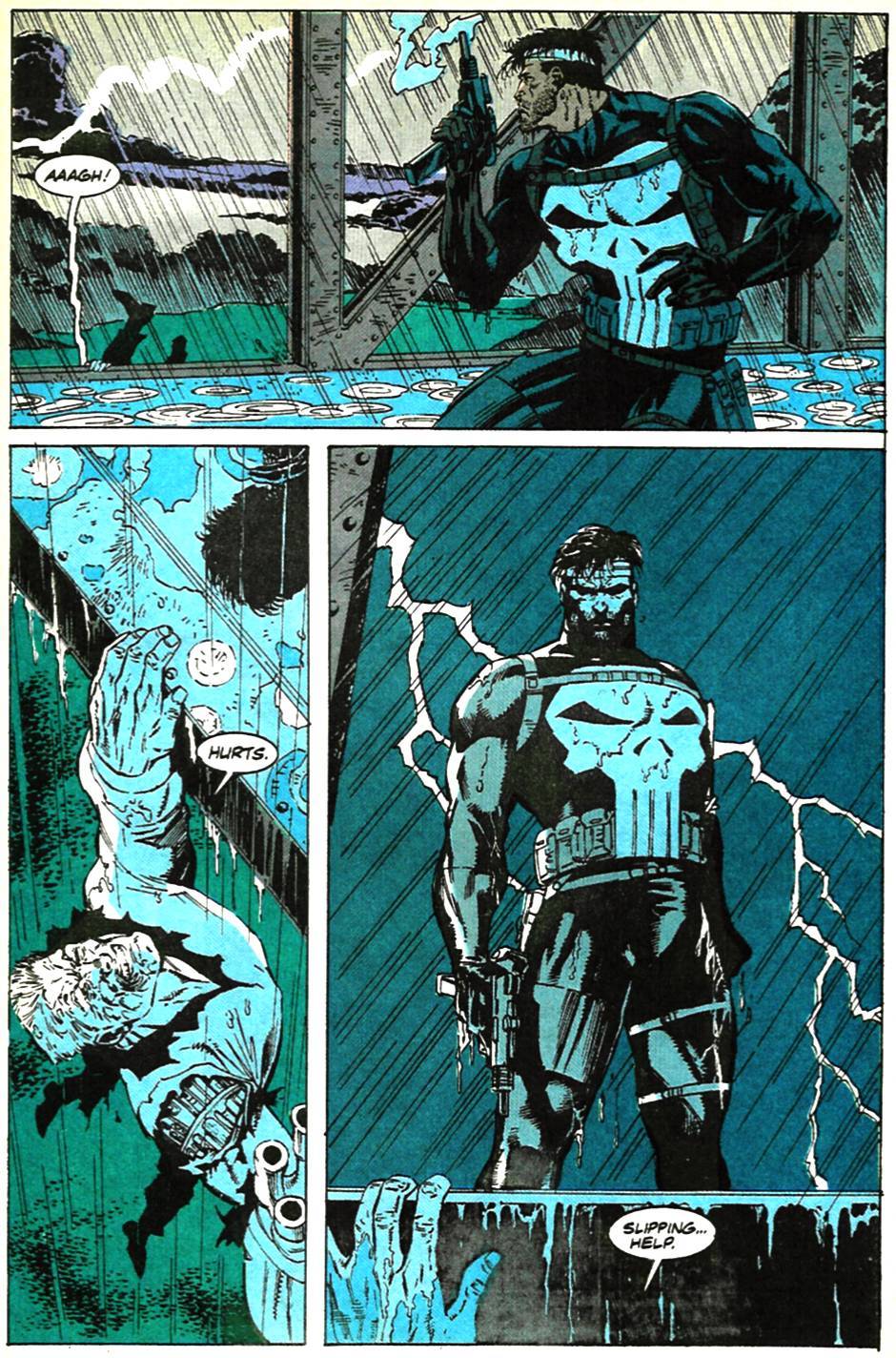 So there’s a rematch where Punisher does better, and manages to leave Bushwacker hanging by his fingertips from a bridge.  Punisher turns the tables and asks Bushwacker to “confess,” and Bushwacker falls—presumably to his death (but we all know better, don’t we?).