I love 1980s Nightcrawler.  He’s such a fun character—trapped in a frightening body, a guy who emerged from a life in the shadows and can teleport to wherever he wants to be, devout Christian…There’s so much to do with him, and Chris Claremont always made the most of it.

The story here ties together the circus owner who used to abuse Nightcrawler before he was found by Professor X and Spider-Man, who is the target of a hitman hired by that circus owner.  Cutthroat is the assassin, and he’s really just a guy in a green cowl with a gun.  Having such a simple villain allows for some real character work: Nightcrawler and his gal-pal Amanda Waller, some time to establish what a jerk the circus owner is, and even some Peter Parker time.

And a guest appearance by Arcade, who decides not to take the job to kill Spider-Man because the circus owner can’t pay his going rate.

We also see that Nightcrawler is still dating Amanda Sefton. 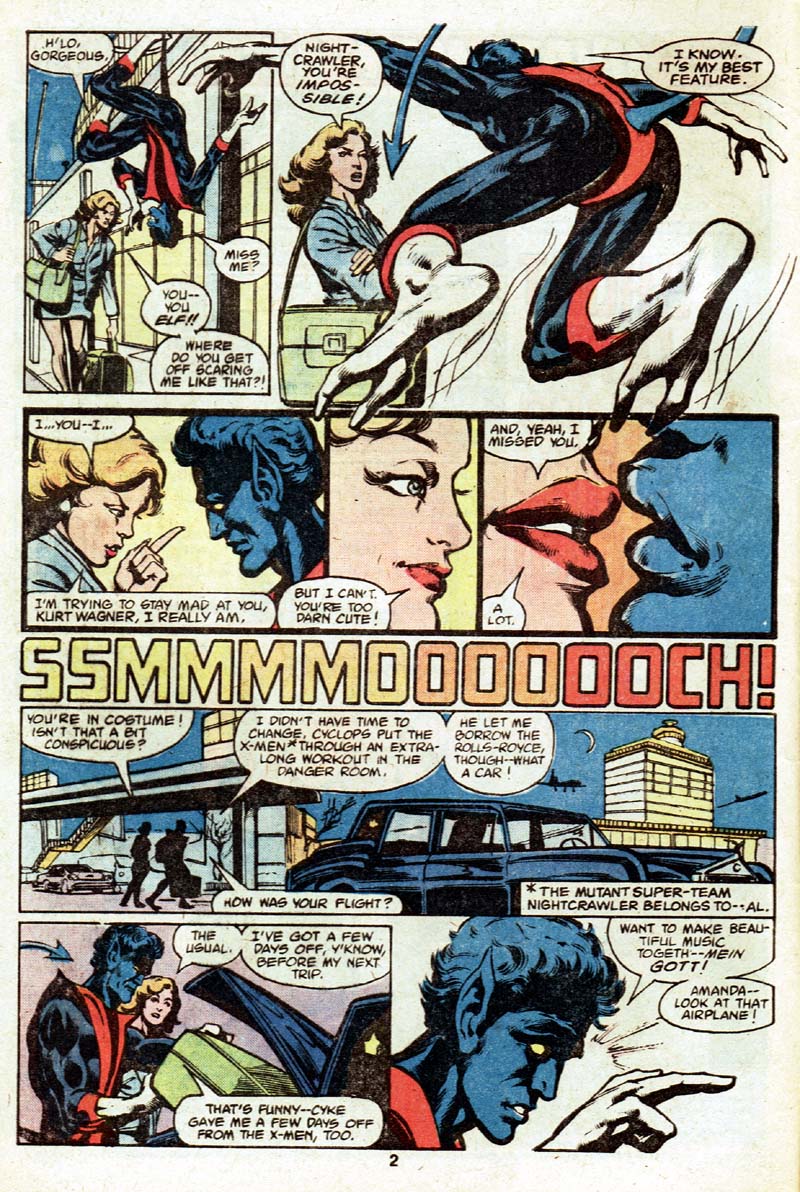 It’s a pretty long-term relationship.  Which means, of course, that eventually she’ll get powers.  But not for a long while.