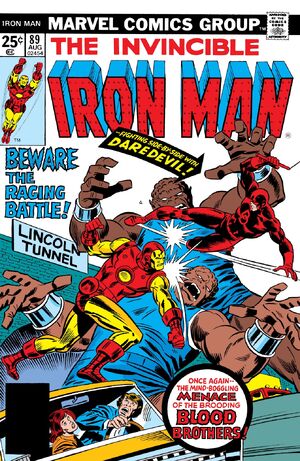 The Blood Brothers and Controller return. Remember them, from the first Thanos story? So they’re a pretty powerful group of villains–yet for some reason Daredevil was the guy Marvel thought should be teamed up with Iron Man for this story.

The story starts with Happy and Pepper leaving–it’s too dangerous to be around Tony Stark.  That makes total sense, and I’m wondering why more side characters don’t figure that kind of thing out.

Then, Iron Man happens upon The Blood Brothers and fights them, but gets hurt.  Daredevil happens by as well–lots of coincidences in this story–and stays to help Iron Man out.

After they catch Blood Brothers, The Controller escapes from Rykers Island and Iron Man takes him one. 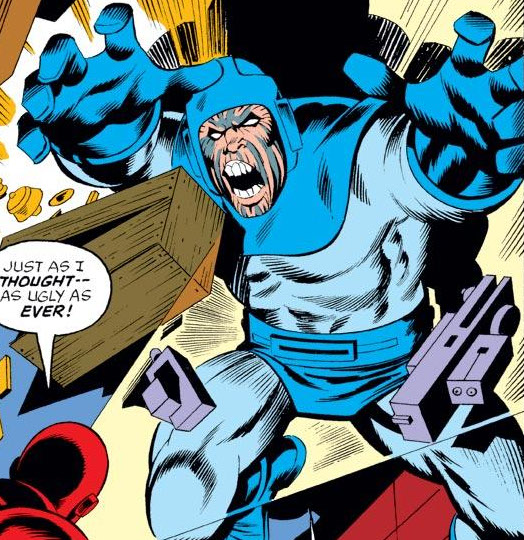 Controller escapes in the end.

Bob Layton does the inks for #91–it’s his first work on Iron Man.  He will become one of the character’s best and most-important creators.