As a character, Captain America is really lost.  Roger McKenzie gave him a secret identity–artist Steve Rogers–but beyond that, they really didn’t know what to do with him.  In this arc, a villain steals the master matrix that SHIELD uses to make LMDs, and instead the villain–a dying old man–gets turned into a twisted freak.  It’s not particularly imaginative or interesting. 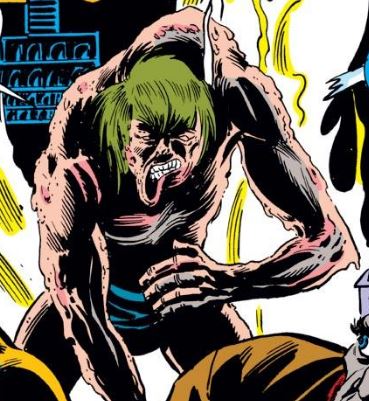 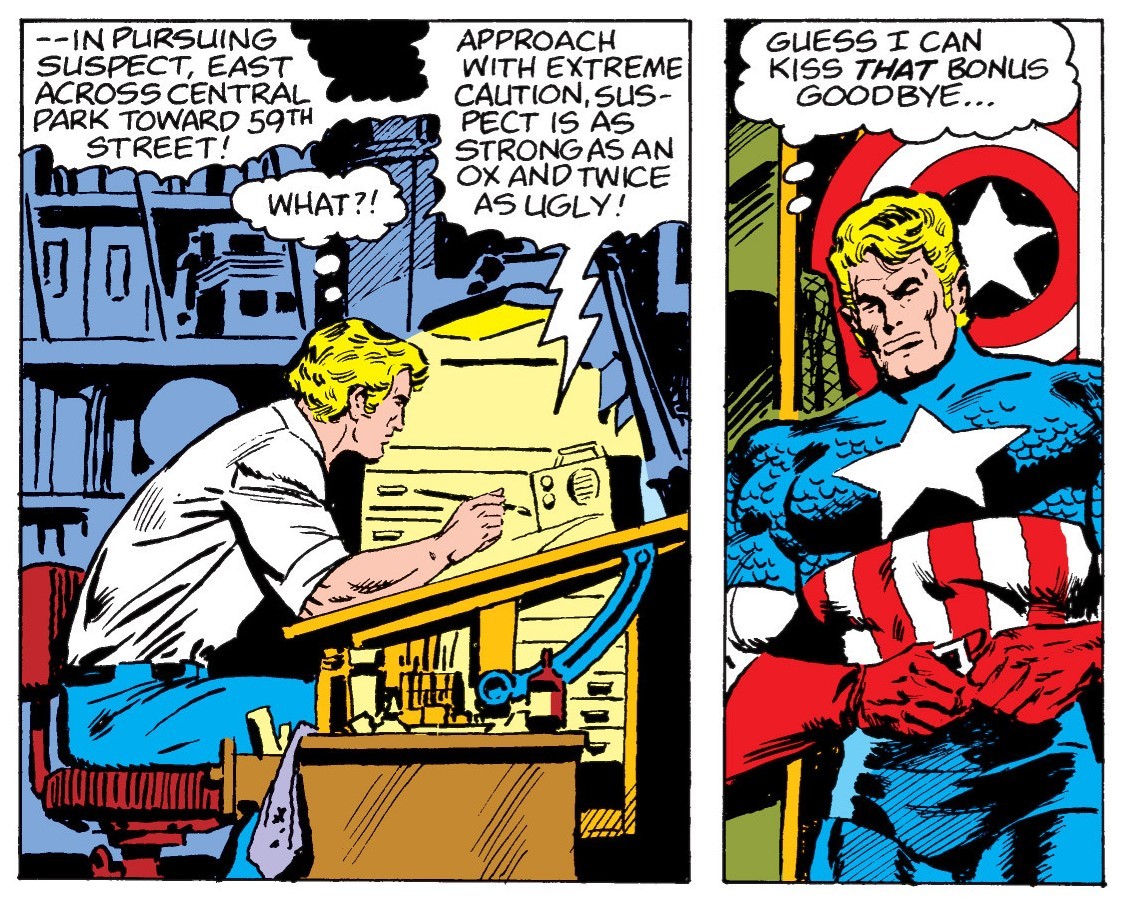 Then we get our first glimpses into Steve’s private life, and for the first time we meet Josh Cooper, a black man who is his neighbor.  Not only do the two of them look kind of like gay lovers, but as a reader you’re left wondering, “What the Hell?  Your best pal was Falcon and now you replace him with another fit black guy???  Where the Hell is Falcon?” 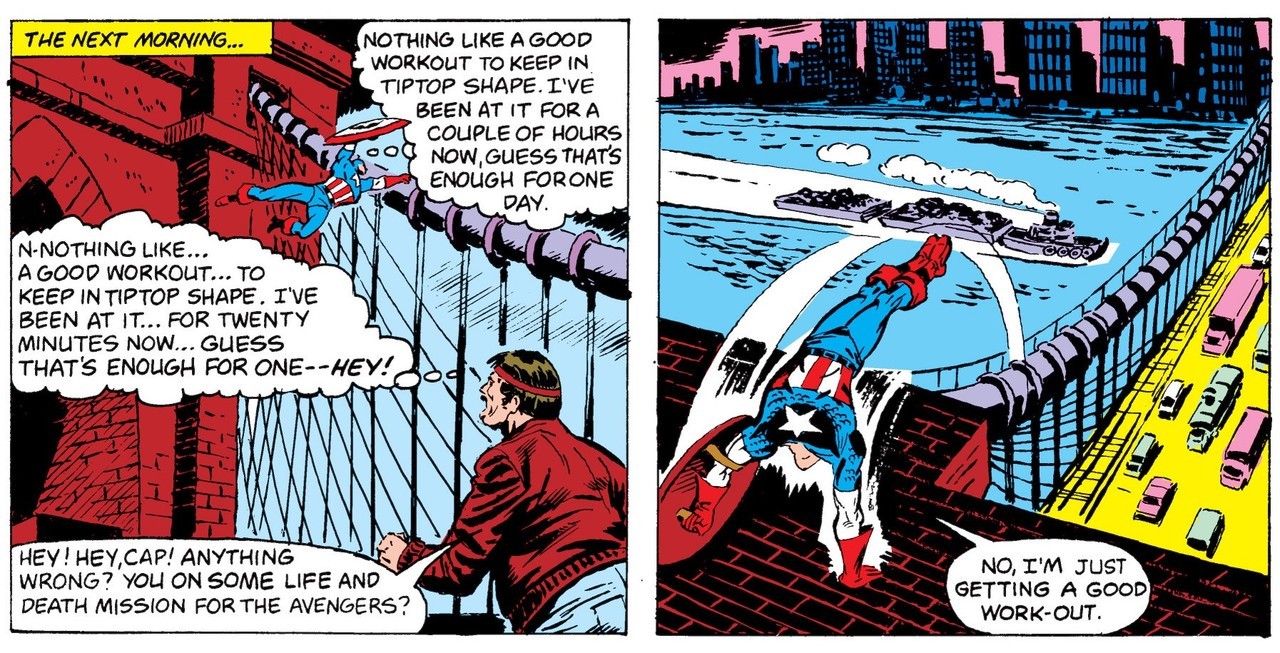