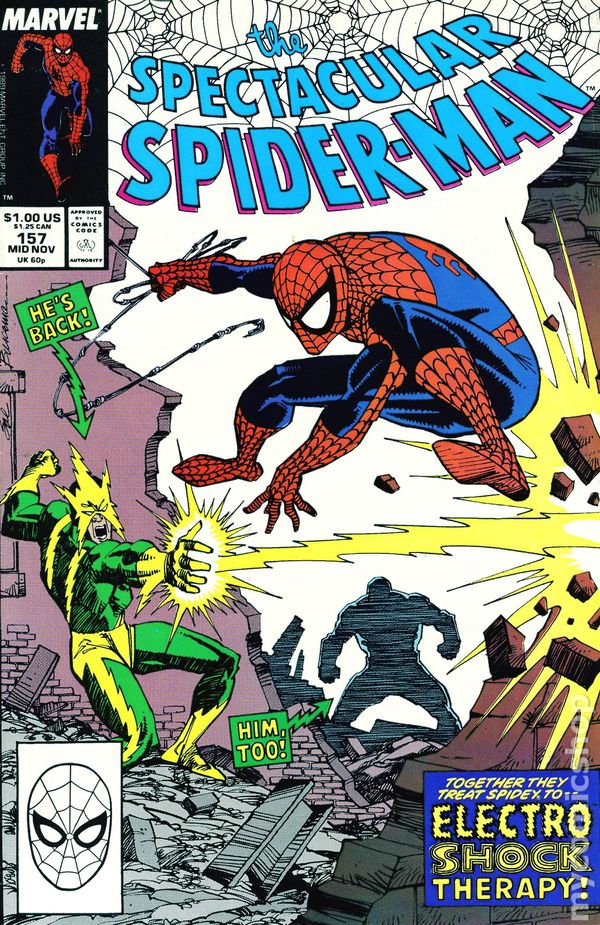 This is kind of a fun issue. Electro gets the floorplans to a bunch of banks, but every time he arrives to rob them, there’s been an earthquake at the facility that “sunk” the vault—leaving nothing to rob.  Of course, it’s ultimately revealed that Shocker has the same list and has been beating Electro to the sites.

And if that’s not bad enough for poor Electro, Spider-Man shows up and captures Electro while Shocker gets away.

Shocker and Electro are kinda similar—Electro uses electricity and Shocker uses “vibrations” but vibrations aren’t “shocking” and they always seem to be portrayed similar to electrical impulses.

Meanwhile, the Puma-buying-the-Daily-Bugle story keeps creeping along, with only a few panels devoted to it each issue, and Joe Robertson and Tombstone are hiding out on a farm together after escaping from prison, with the help of Chameleon and Hammerhead.