Although the Jean-becomes-Phoenix story had a slow build, her actual death happens quickly.  It starts with Jean as the Black Queen, capturing the X-Men, who escape. 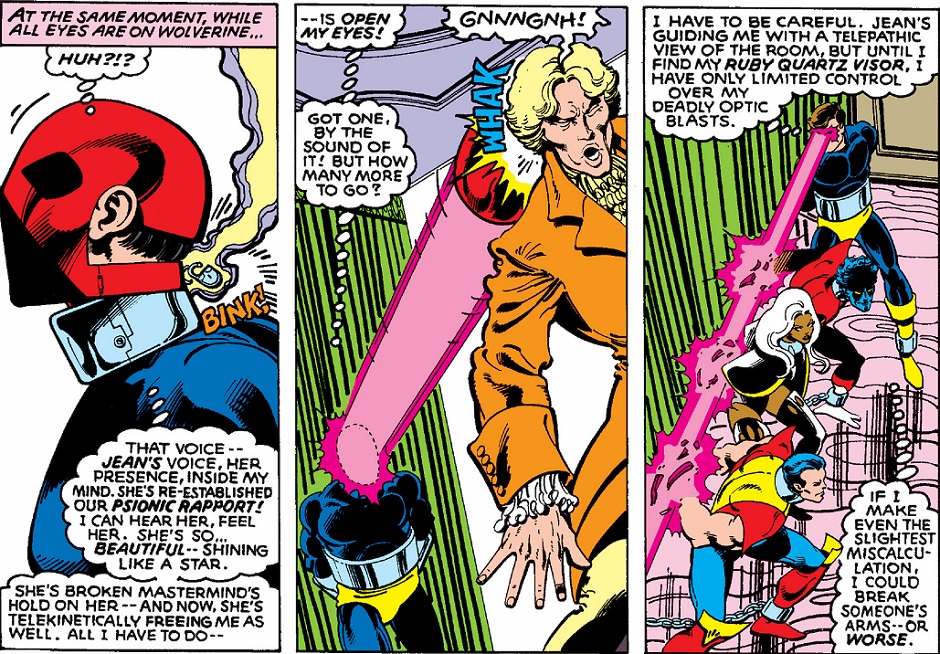 And then Jean turns on her Hellfire Club allies. 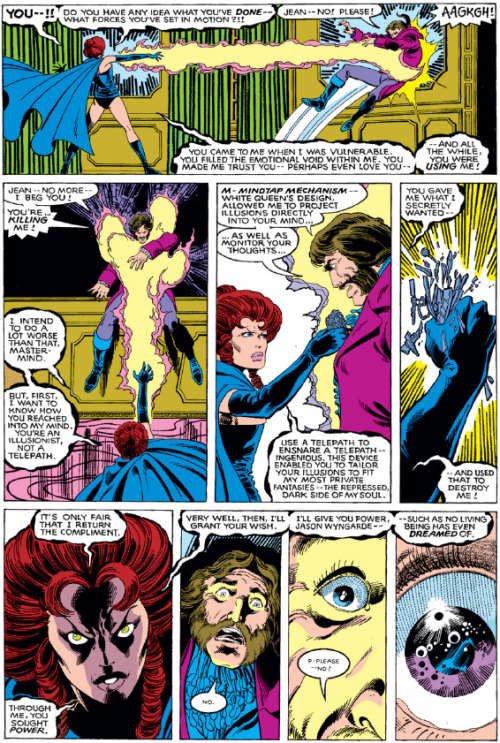 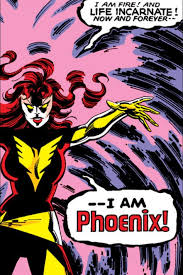 Eventually, they end up in space. 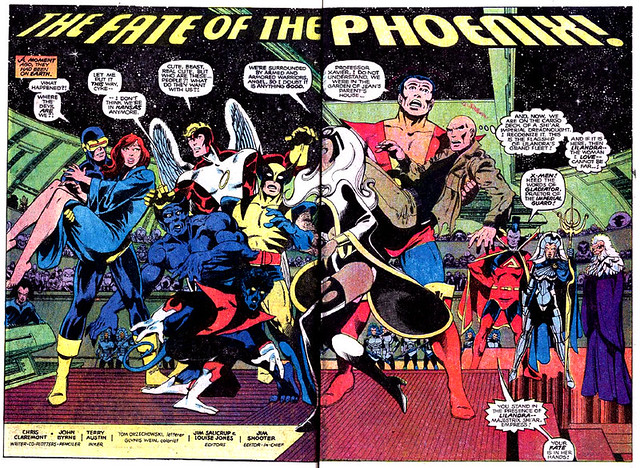 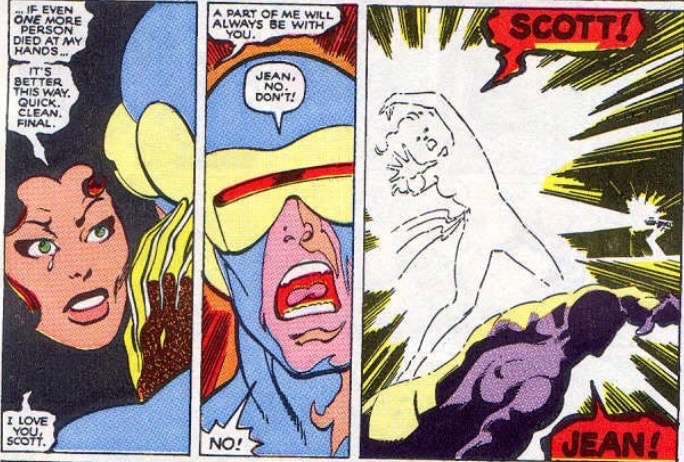 And Watcher and Recorder offer an epitaph.

A lot has been written about X-Men #134-137, in which Jean become Dark Phoenix and ultimately kills herself because her own power is too much for her to contain.  I’m not going to say much more about that arc—it’s one of the most written about stories in Marvel history.  But look at that one sequence, above.

Jean knows she has to die, she knows her own power is too strong for her to contain.  She doesn’t want to have live and be in constant vigilance against the power inside of her.  So, she says goodbye to Scott.  Scott sees what she’s going to do and cries out.  And in that moment, she has doubt—she screams his name and puts her hand reflexively forward in a defensive position.  She’s not reaching for him, because the palm is up—she’s telling him at once to stay back but also crying for him.  At the moment of her selfless suicide, she realizes she doesn’t want to die.

And I’m sure that’s all John Byrne.

Yeah, it’s the most written-about arc in comics because it’s one of the best.

In fact, I can’t think of a single Jean Grey story written after Marvel unwisely brought her back to life that was better than any of the stories that happened before her death.

On a much less important note… 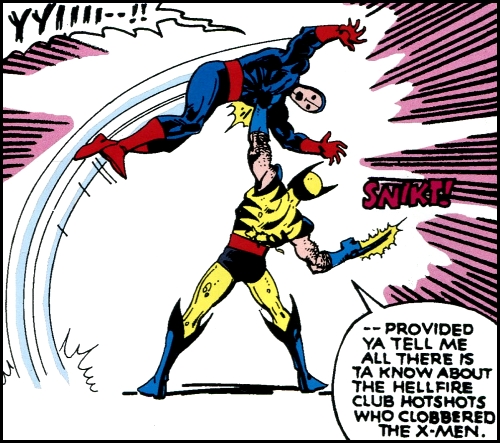 This dude is Murray Reese, a Hellfire Club guard who will later–much later–become a Reaver. 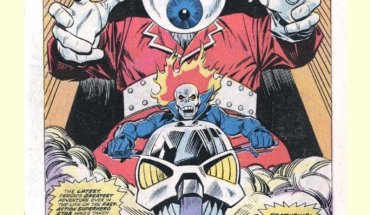