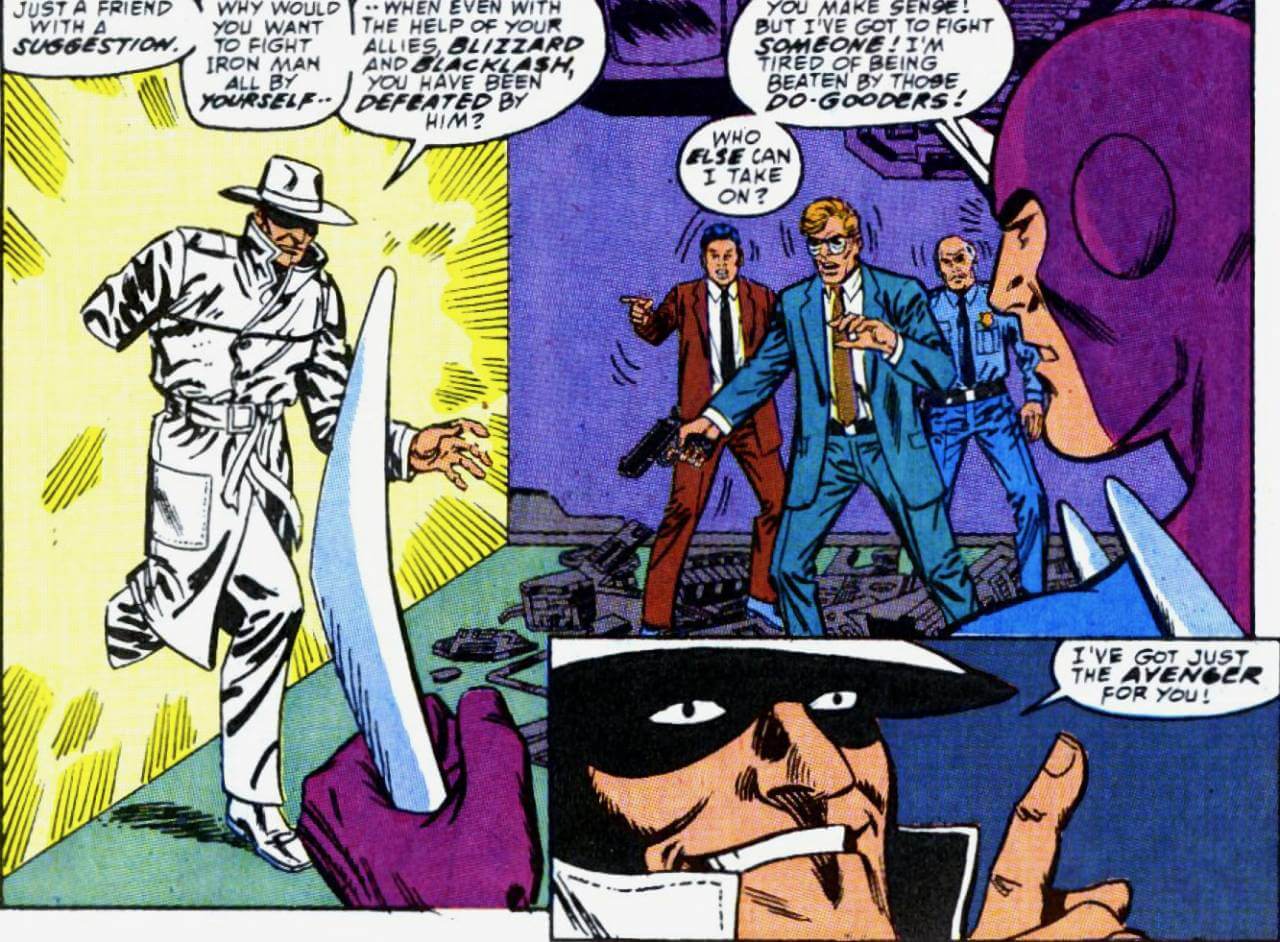 This split book (one serialized Hawkeye story each month, paired with a random hero short story) is an odd place to debut a line-wide crossover, but technically this appears to be the first Acts of Vengeance story.  We’ve already seen books that end with a panel signaling that the next issue will be A of V (Cloak and Dagger, e.g.), and in Iron Man #250 we had multiple panels showing Loki (cloaked in shadow, his true identity not revealed) offering to help Dr. Doom get vengeance on Iron Man, but this is the first time we have a tale that isn’t a cliffhanger.

Loki, still in disguise and all dressed in white, offers Boomerang the chance to get revenge on Hawkeye.  By giving him a power up. 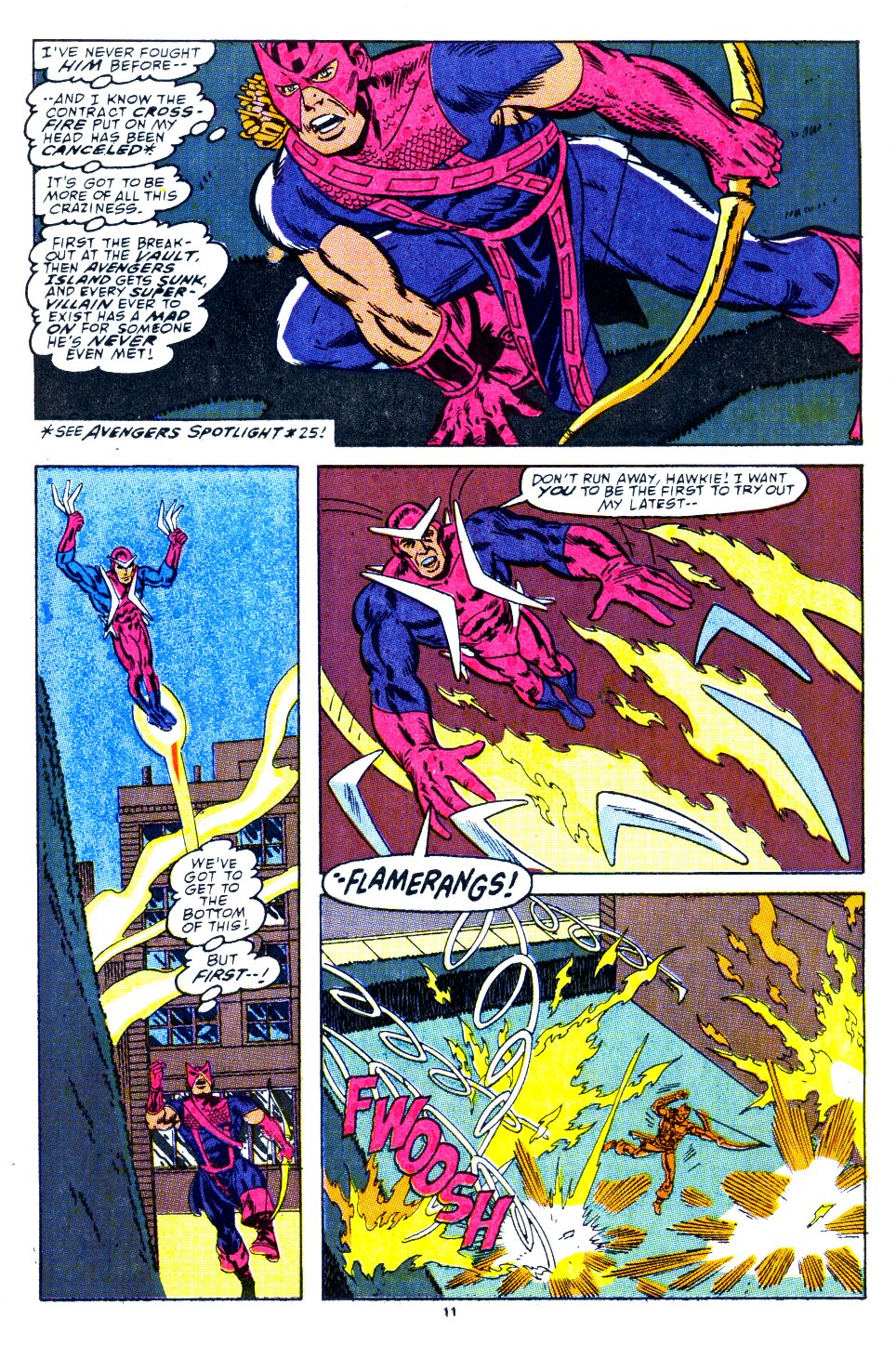 But this is odd, because shouldn’t Boomerang want revenge against Spider-Man?  And for that matter, shouldn’t Doom want to destroy the Fantastic Four more than Iron Man?

Anyway, Hawkeye easily defeats him.  Strange to launch an event with a battle that’s ended in a few panels.  But in the course of it, a fire starts and citizens blame Hawkeye—which is really what Loki’s plan is all about.

The second half of the book starts a serialized story about Mad Thinker, and it’s covered in its own post. 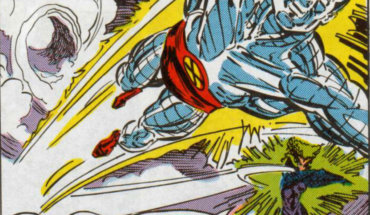 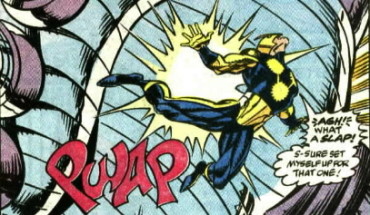