I do love me some Arcade. 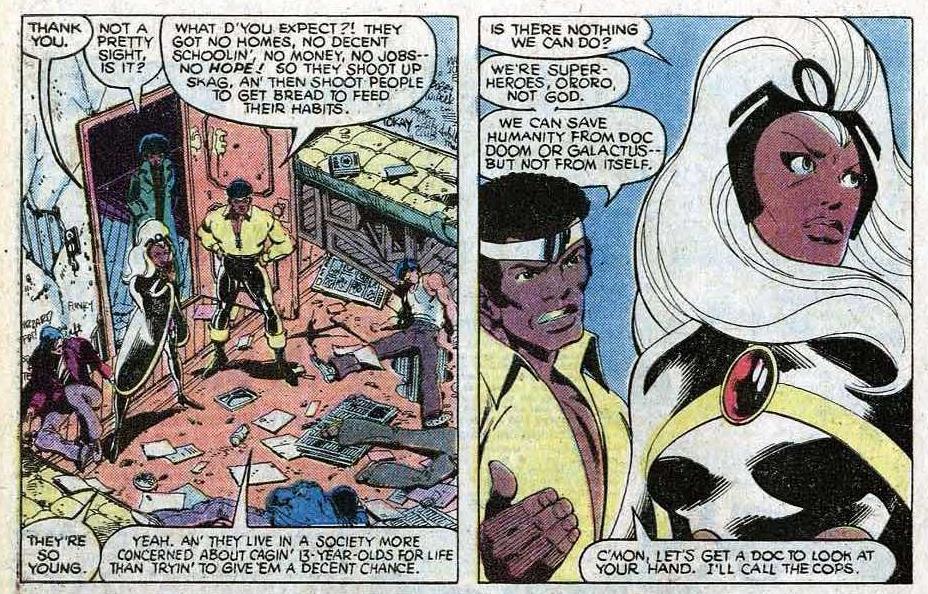 Issue #122 is all about character development, with some very nice Storm sequences and a good bonding scene with Wolverine and Colossus.  Storm goes to Harlem and meets Luke Cage, who proceeds to tell her all about how black folks live in the ‘hood.

Meanwhile, we see Black Tom Cassidy and Juggernaut hiring Arcade, who first appeared in Marvel Team-Up, to create a death-trap maze just for the X-Men. 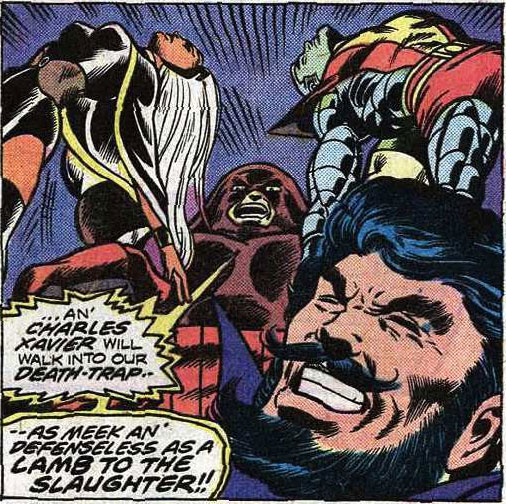 Then we get two great issues of X vs. Arcade.  That let’s us see X-Men literally being used as pinballs and Wolverine fighting funhouse mirror versions of himself… And a gratuitous Spider-Man cameo. 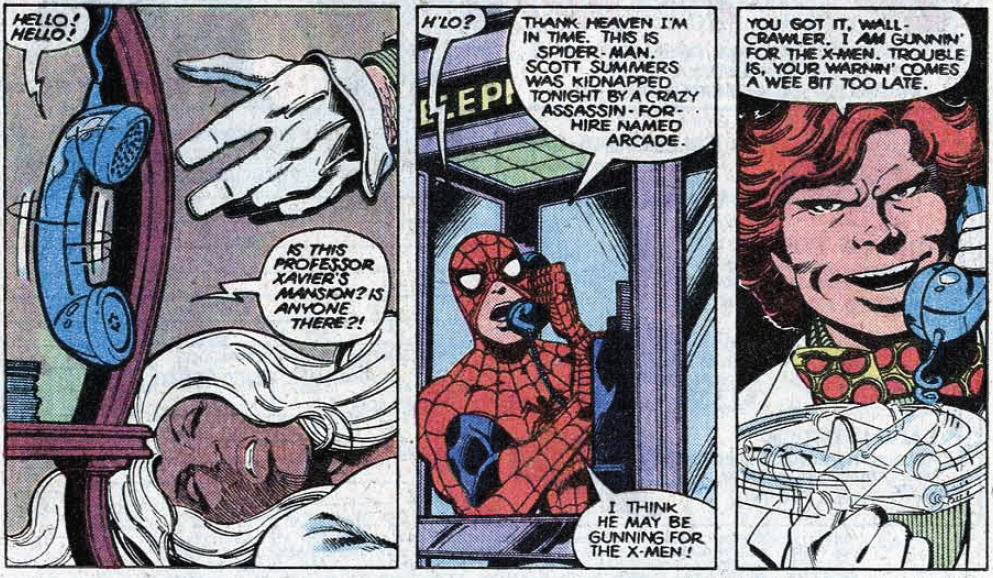 Does anybody remember payphones?

There’s also nudity in this issue–Storm nipple!  But it got edited out.  Check out the full story here.

Finally, this issue is the first appearance of Colonel Vazhin–the Soviet Nick Fury.