This is some dark, dark stuff. These two issues, which wrap up the SVTU comic almost a year after it was put on hiatus, start with Red Skull and Hate Monger–a clone of Hitler possessed by Hitler’s actual soul–eating dinner over the clear-containers of prisoners beneath their table. 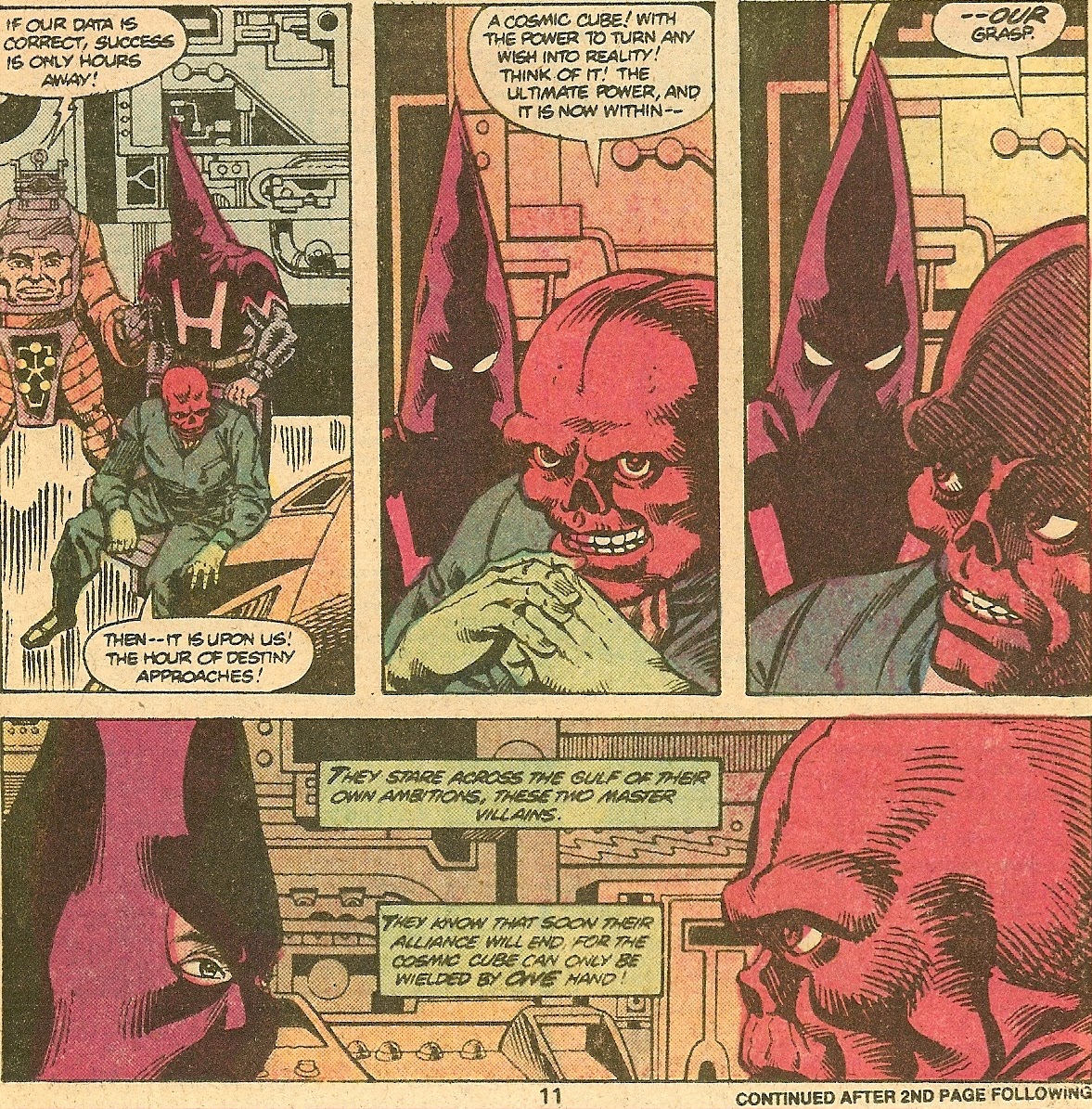 The two of them create their own Cosmic Cube, but not until after we get a very nice history of the object… This had been Dr. Doom’s goal from the beginning of this series, but Skull is the one who finds success.  Along the way, Hate Monger tries to betray him by taking the Cube for himself.  Instead, the Cube takes him.  The real Adolf Hitler’s persona is trapped inside what turns out to be an inferior Cosmic Cube. 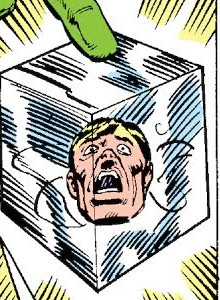 An interesting parallel to the first page of the story, where it was Monger’s victims inside clear cubes.

Very, very well done.  Peter Gillis is one of the unsung heroes of the comic book industry.  He was one of the first people to write a digital series (Shatter in the late 1980s) and had a good run on The Defenders in the mid-1980s.