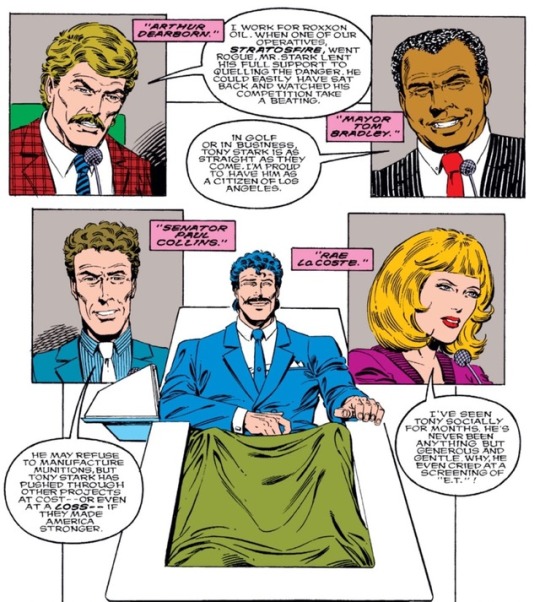 The Maggia-versus-Stark plotline eventually brings in AIM, Hydra, and, inevitably, the U.S. Government.  And Tony is a real swell guy.

Basically, The Maggia keep interfering with Hydra and AIM’s projects in an effort to replace them as the most important crime “family,” and Iron Man ends up teaming with the two to take down the one because he sees Maggia as the worst of the three.  It’s not clear why. 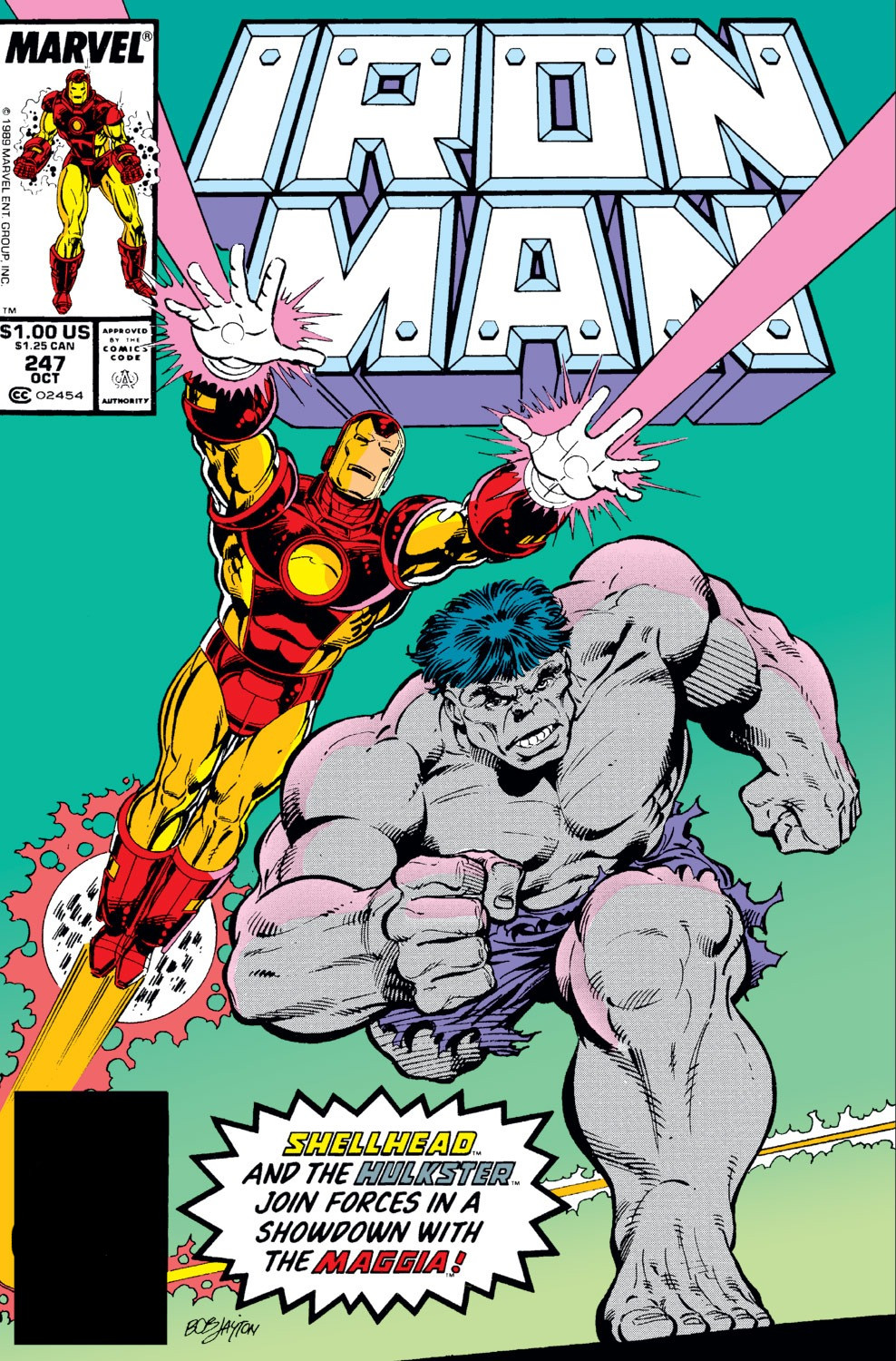 Of course, this means Hulk can get involved (because Mr. Fixit’s former boss was taken down by Maggia).

Then, because there’s always an effort to rehabilitate Madame Masque, we learn she’s an FBI mole (hence the government connection), so Iron Man can team up with her again.

There’s even a brief reference to Atlantis Attacks, which spreads across most 1989 annuals, since the Iron Man Annual doesn’t participate in the event.

In the end, Tony can walk again. Their run would then end with a callback to one of their most glorious storylines–the one where Dr. Doom and Iron Man go to Camelot. Only this time, they go to Camelot in the future and Iron Man gets to fight Iron Man 2020.  It’s not a terrible end to their run, but it’s far from their best work.