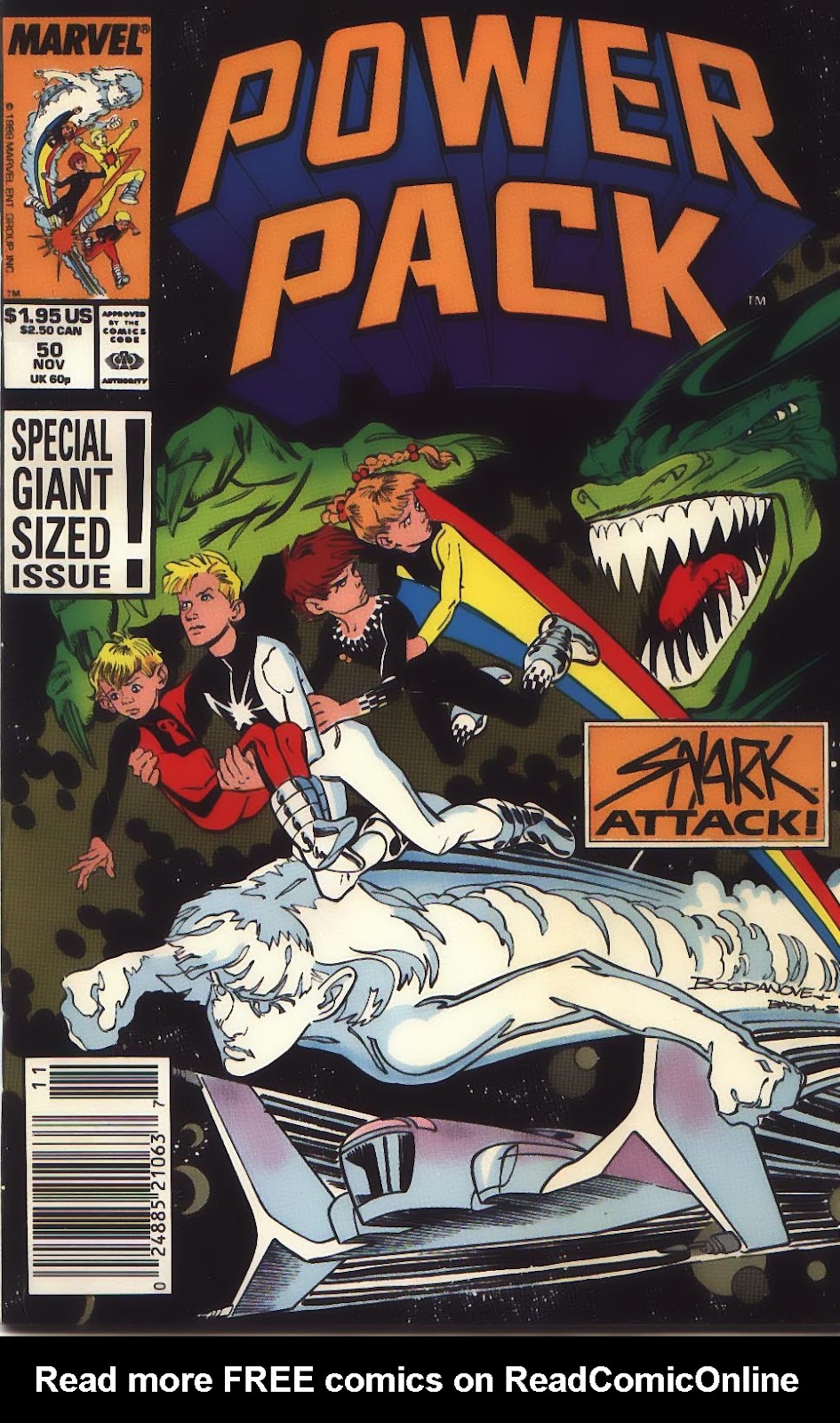 Power Pack reunite with Kofi—part of the race of horse aliens who gave Power Pack their powers—in the ongoing war with the Snarks.

Three different artists, none of whom are very good, and a really drawn out story that doesn’t advance anything at all contribute to how bad this book has become.  It’s running on fumes—being published just because in the late ‘80s Marvel could put out any comic and make money.

While in space, the team meets a new cosmic entity—Numinus. 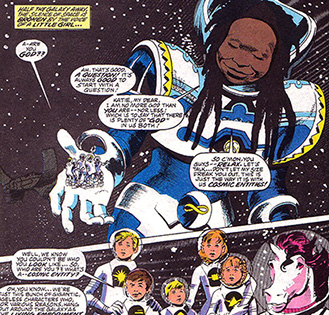 There has to be a story behind that, and it has to be more interesting than the one told in these issues.