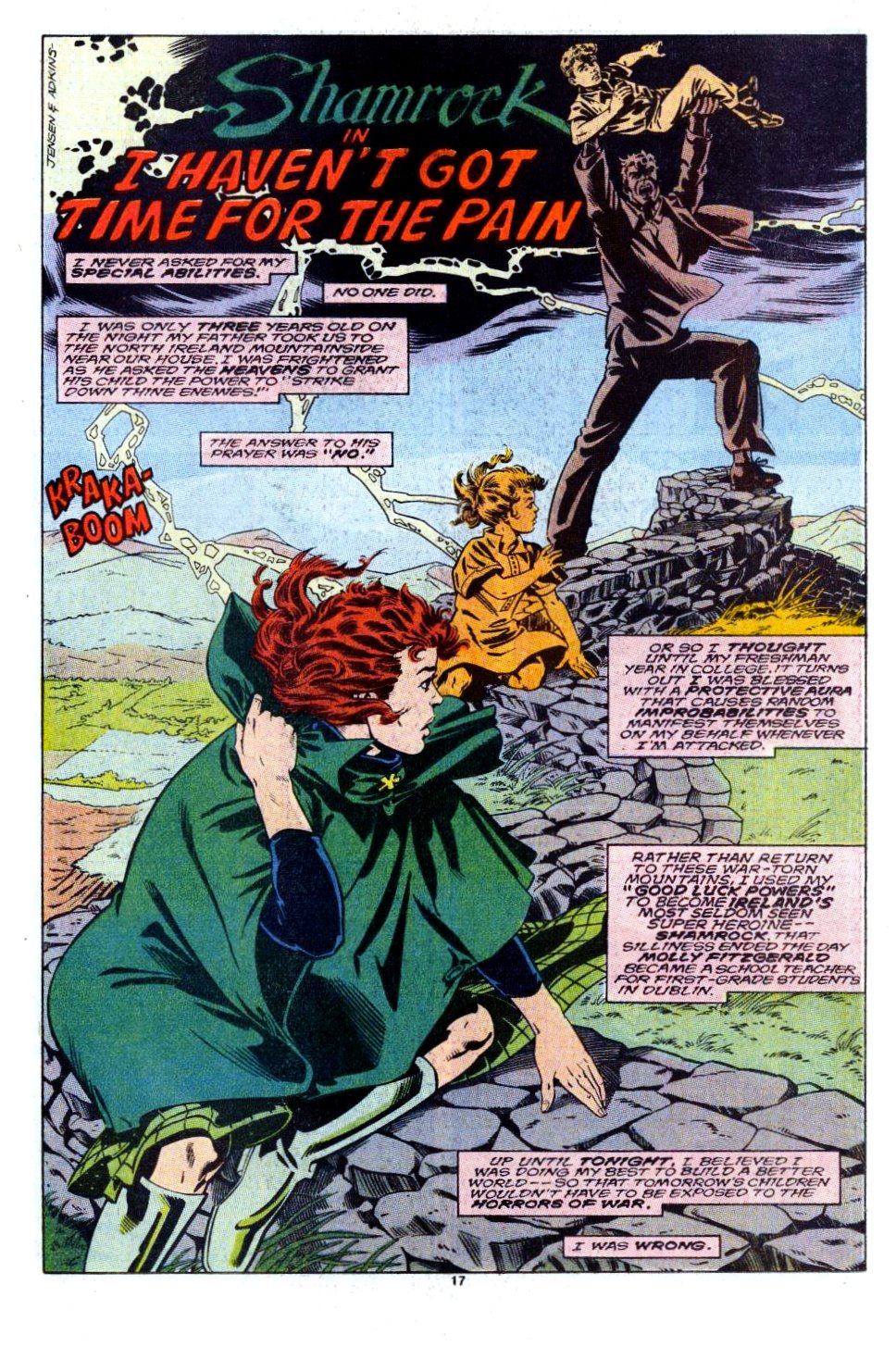 Here’s a weird one.  We last saw Shamrock during Rom’s Wraith War, and she debuted because Marvel wanted to appear “international” during the Contest of Champions.  Honestly, I never thought we’d see her again after that miniseries.  Since then, she got one panel in Hulk #279 (where she says, “It’s easy bein’ green!”) and a brief cameo in Rom’s Wraith War.  Blizkrieg, also from Contest, appeared with her.  Which makes me think Bill Mantlo (who wrote both those books) was just looking for characters from Contest–or maybe Jim Shooter made him include them, since he was the creator. 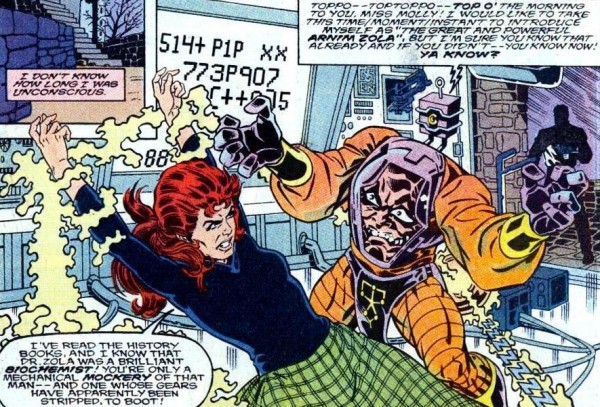 She’s Irish, so of course this involves a terrorist bombing, but it also ties the character to Arnim Zola, who wants to experiment on her to duplicate her luck powers.  Along the way, we get a (pretty silly) explanation of her origin, her dad reveals himself to be a total jerk, she kills him, and every panel has a LOT of words in it.

It’s not bad for what it is, and honestly using Marvel Comics Presents for a character like this is perfect, it’s just 8 pages is not enough space to really do much of anything.