I think what I’m going to say on this is that this miniseries happened.  It’s not that it’s bad, but it is absolutely nothing like the Rocket Raccoon from Guardians of the Galaxy.  He’s just an anthropomorphized excuse to tell a Star Wars kind of story. 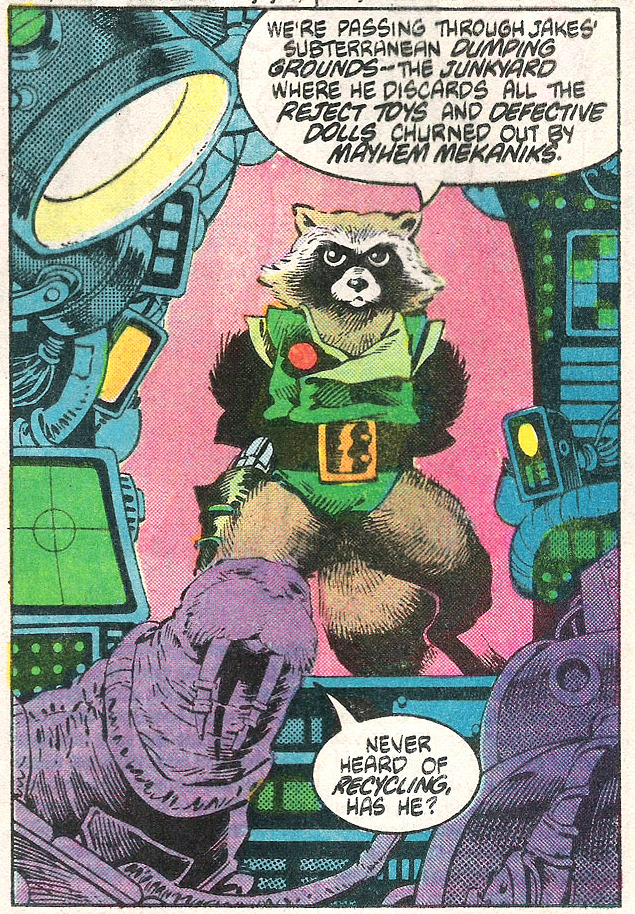 The art is pretty sold though.

We know it’s in continuity because Rocky first appeared in the pages of The Hulk, which are referenced a few times in the series, and because the origin story we see here is canon later.

So will the scary clows from the evil toymaking villain.

But an outerspace galaxy full of aliens that look like Earth animals does not, to me, seem canon.

Creators: Bill Mantlo and Mike
Grade: D+ for story, B- for art