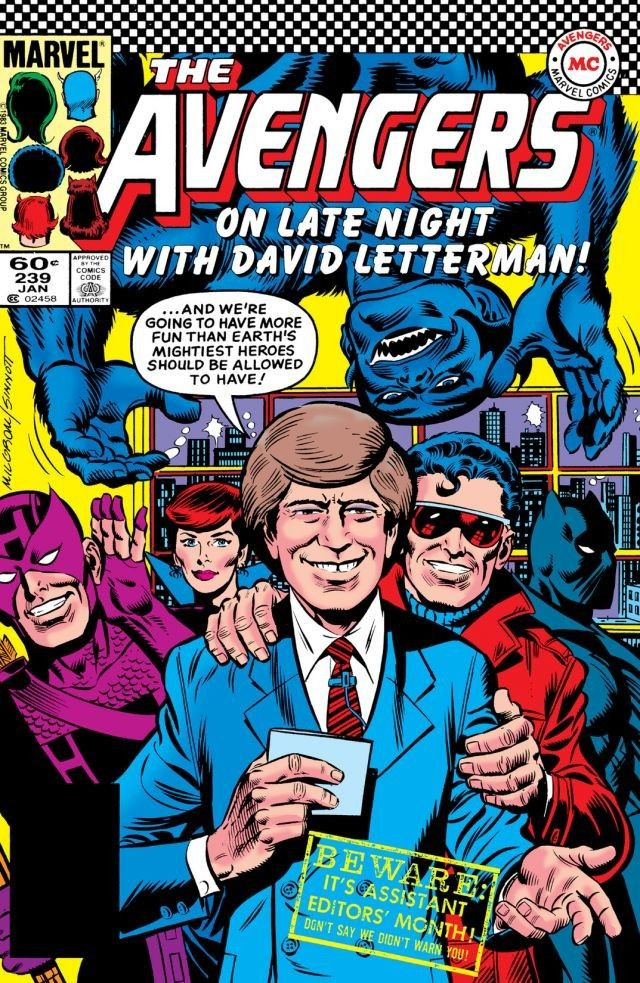 The one with David Letterman.  For Assistant Editors’ Month.  Even if it’s not the “real” team–it’s a bunch of guys who really aren’t on the team anymore. 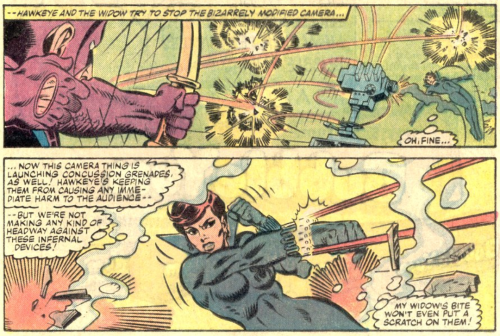 And to make it even better, Fabian Stankowicz shows up with a bunch of evil robots to ruin it.

The reason for the show appearance was to help Wonder Man promote his movie career, but…

The issue’s not just jokes.  Beast reveals his new role with The New Defenders to his teammates when Dave interviews them on the show.

And, on the splash page, Hawkeye reveals to everyone that he married Mockingbird by carrying her across the threshold to Avengers Mansion. 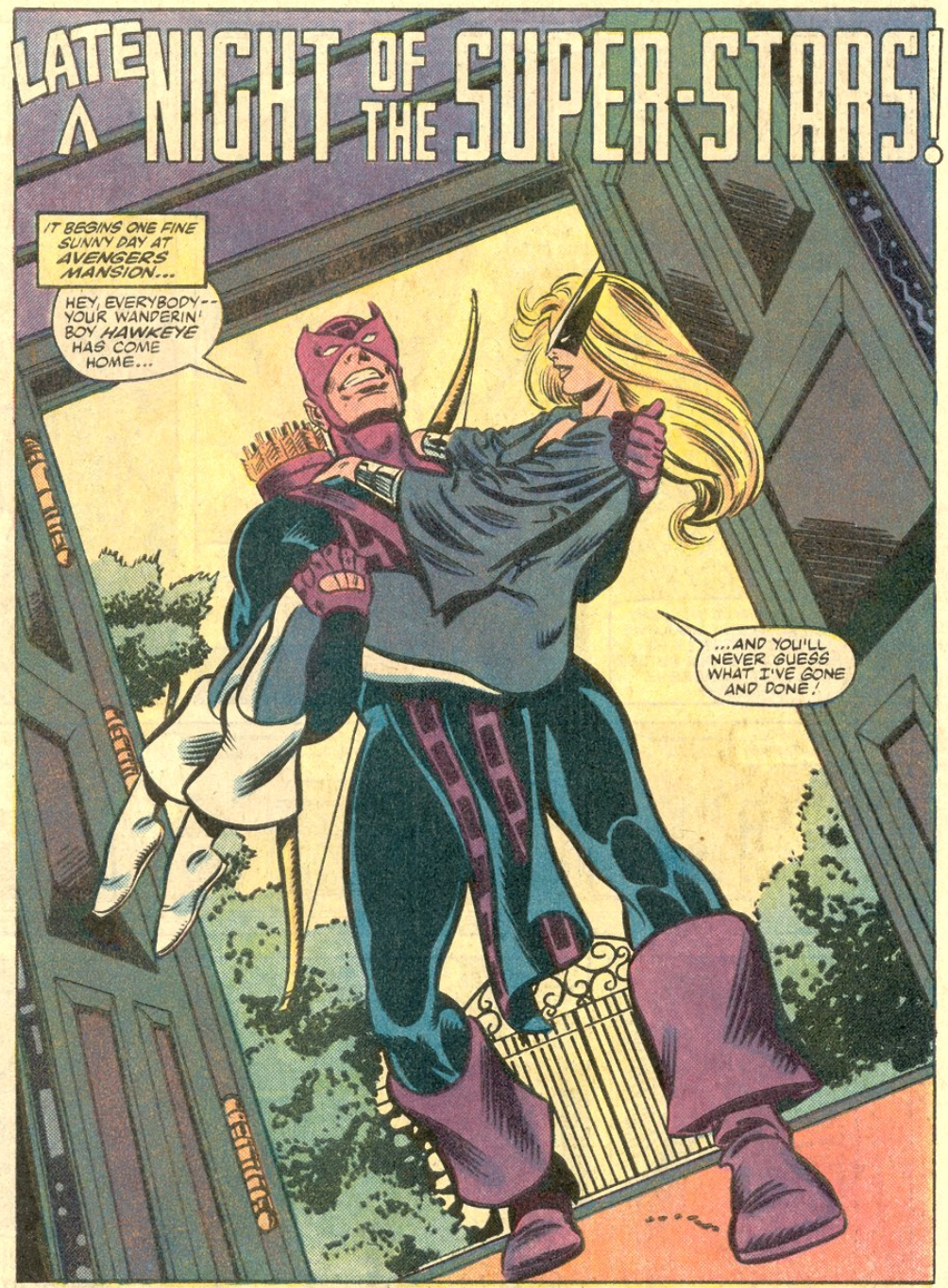 It’s a little awkward with Natasha. 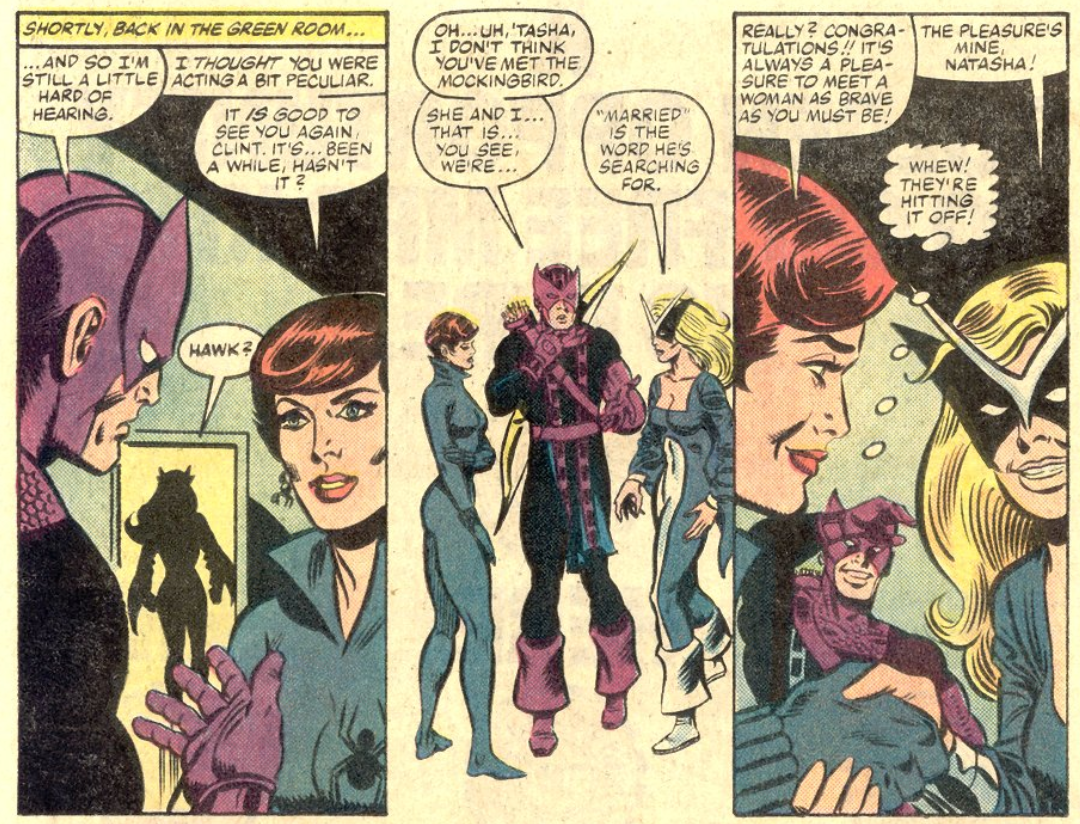 But they just tell the teammates–they decide not to come out about it on the show. 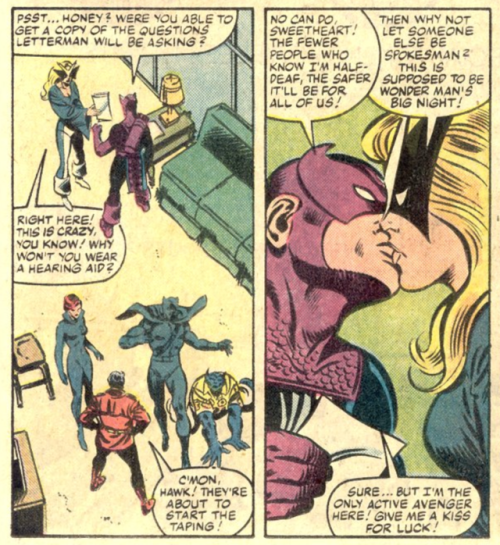 And finally, Beast quits the team in this issue. 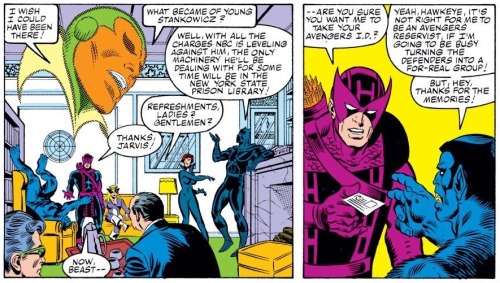 Much celebrated, much loved.  Roger Stern was one of the best Marvel writers of all time.