At around issue #5 it becomes clear that Tigra is going to be the crew slut.

It’s a shame.  Steve Englehart is so much better than this, but in his hands Ms. Greer becomes a bit of furry cheesecake who is willing to bang anyone on the team.  This, after Roger Stern gave her complexity for the first time in her history as an underused C-lister–showing her to be insecure on a team with Gods and flying knights, exactly in the way Hawkeye should be insecure, and surviving what was basically rape at the hands of the child-God Molecule Man.

But apparently her response to that trauma was to try to fuck anyone with a dick. In this issue, she doesn’t only kiss Hank Pym and Simon “Wonder Man” Williams… …she also makes out with the “villain” of the issue, Jack Russell, Werewolf by Night.

I haven’t read this comic before, and as I write this I’m only a few issues ahead, but I’m really hoping thatthere’s some kind of mind-control master plan here.  Tigra was so great when Roger Stern wrote her in the pages of The Avengers, just a few years earlier.  Although, come to think of it, that’s really the only time she’s been a fun character to read about.

And speaking of kissing… 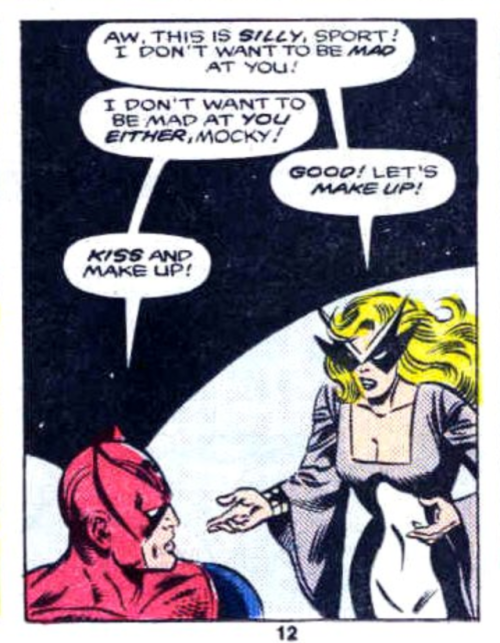 Mockingbird is ALSO written as a dumb girl. 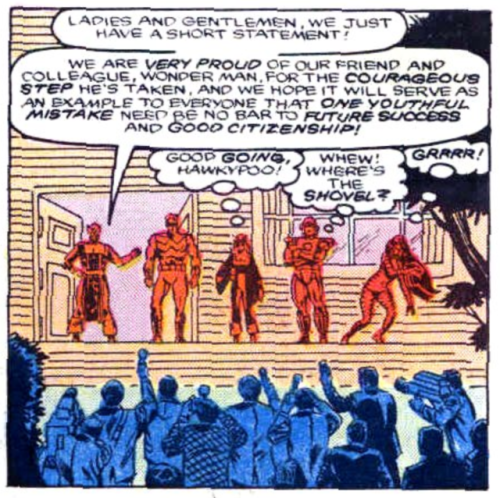 “Hawkypoo?”  Although to be fair, Hawkeye looks like a dipshit in this porch scene as well.

There’s some other fun stuff in this issue, like Ultron prank calling Hank.  In the main story, Morbius is trying to help Jack Russell, who has been set up for having done a crime in his Werewolf form.  But it turns out it was a different lycanthrope.

And Hawkeye has a vampire arrow. 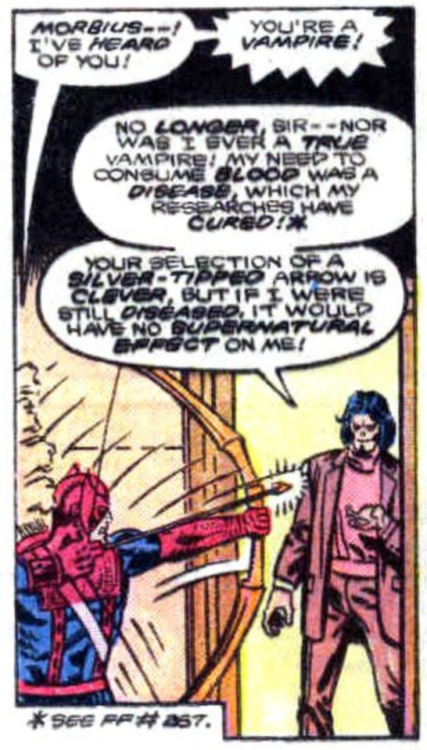