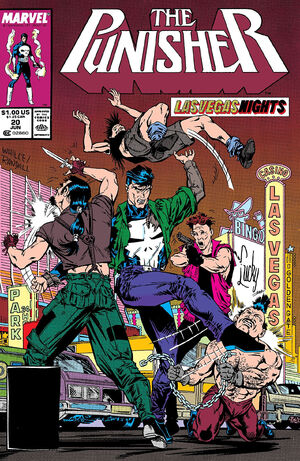 Punisher goes after fight-rigging mob guys in Las Vegas.  See, I prefer a Punisher who lets them tamper with the jury, let’s them get off on the charges, and then shoots them on the courthouse steps.

It’s not terrible, but there’s not a lot doing with Punisher.